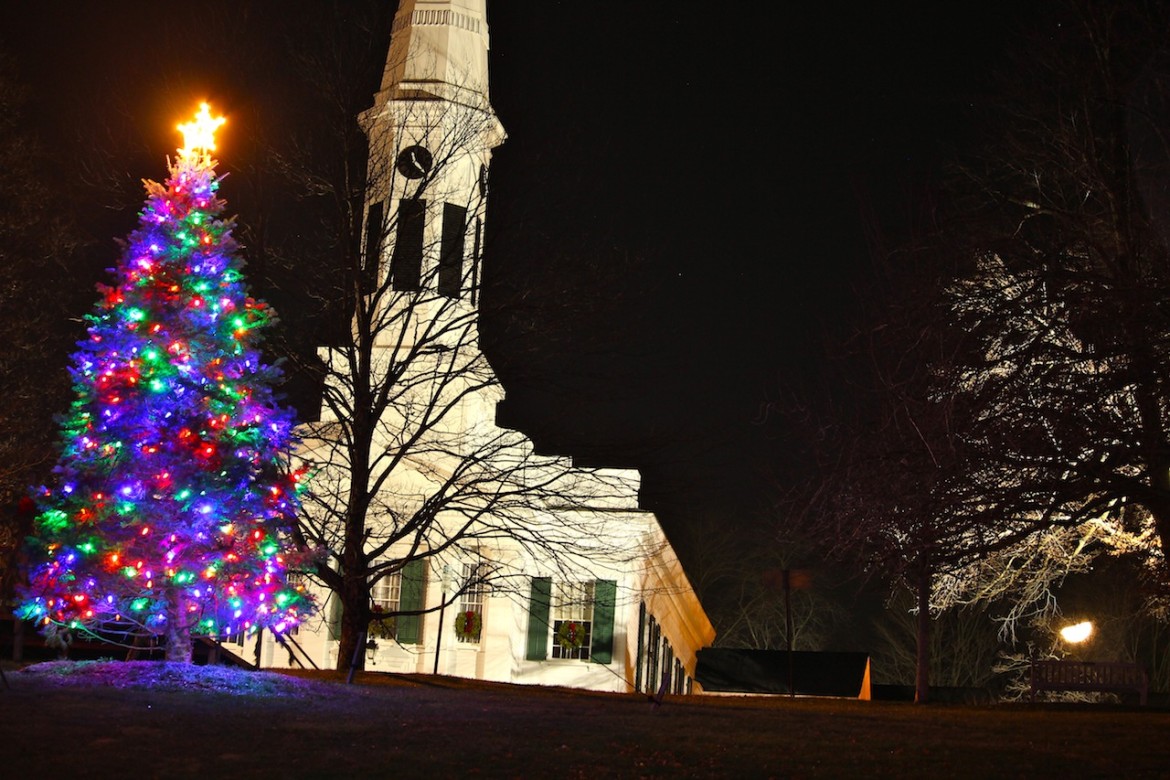 One year after Christmas Eve caroling at God’s Acre was canceled due to the COVID-19 pandemic, the cherished local tradition is on track to return, organizers say. 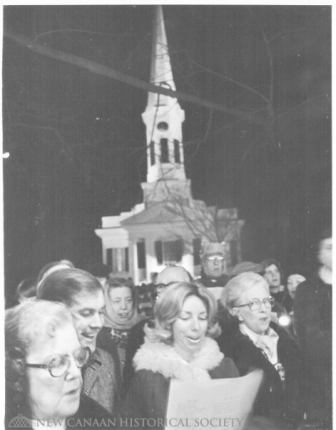 Scheduled to start around 6:30 p.m. on Dec. 24—attendees typically start to gather around 6 p.m.—the 105-year-old tradition is “one of those quintessential New Canaan events that you want to be there to experience,” said Leo Karl III, one of a group of town residents who help organize the caroling.

“There is no better season than the Christmas holidays to experience and share a sense of community, and this caroling event has been one of those wonderful opportunities to do just that,” Karl told NewCanaanite.com. “And this year it will feel just that much more special because we were not able to do it last year.” 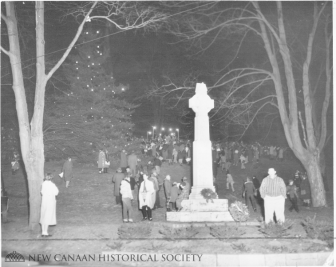 In 2020, public health-related restrictions on large gatherings prompted organizers to cancel the caroling. As of this past weekend, there are no such restrictions in place, Karl said. Attendees who are vaccinated are welcome to wear a mask if they choose—the unvaccinated are asked to do so—and there’s plenty of room on God’s Acre for those who are seeking social distancing to find it while participating in the caroling, he said.

The venerable New Canaan Town Band will be set up on a stage at the top of the hill, opposite the Congregational Church of New Canaan, and song sheets will be printed and handed out on the night, Karl said, as well as made available in advance on NewCanaanite.com in digital format.

The Rev. Chapin Garner of the Congregational Church said he’s “very excited” for the Christmas Eve caroling to resume.

“After 20 months of pandemic, and in an age when it feels as if so much divides people—what a wonderful witness for an entire town to come together, to sing together, and celebrate the best of who we are and what we have been given,” Garner said in an email. “Thanks be to God!” 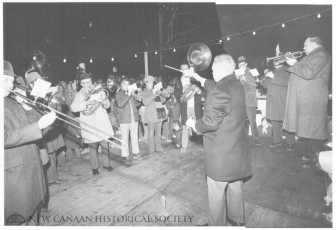 Held on the plot of land above which the Congregational Church was built—the institution upon which the town was founded—the caroling sees scores of New Canaanites descend each year on what literally is hallowed ground, as it is believed many of New Canaan’s settlers are still buried at God’s Acre.

Garner noted that the tradition of Christmas Eve caroling on God’s Acre goes back further than many know.

The first documented instance of caroling at God’s Acre occurred on Christmas Eve in 1916, according to historian Mary Louise King’s book Portrait of New Canaan, published by the New Canaan Museum & Historical Society. At the time, the Civic League—founded six years earlier in 1910—was a prominent group in town, tasked with improving almost every aspect of living in New Canaan, including public health, sanitation and education. The Civic League was responsible for sponsoring the New Canaan’s inaugural caroling, as a tree donated from neighboring Norwalk was brought to God’s Acre, decorated with ornaments and candles and was for the first time the center of the town’s Christmas Eve celebration. In 1917, the same year the United States entered World War I, the Civic League bought and planted a Scotch pine tree from Hoyt’s Nurseries—the present-day location of Hoyt Farms Road neighborhood—at the southwest corner of God’s Acre. As recounted by King, it was New Canaan’s first Christmas tree. 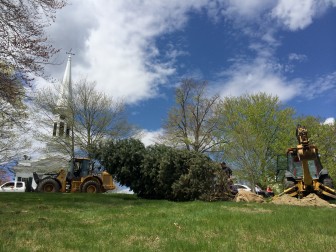 This 20-year-old Con Color Fir tree was planted May 6, 2014 at God’s Acre. It now serves as the centerpiece for a cherished New Canaan holiday tradition: Christmas caroling at God’s Acre. Credit: Michael Dinan

The Christmas Eve caroling ranks among a handful of local annual traditions that help define the community, Karl said, including the Memorial Day Parade and Fourth of July picnic and fireworks at Waveny.

“There is something emotionally uplifting about coming together as a community, all denominations of folks from across the town,” Karl said. “It’s just a really positive gathering. It puts in you in the spirit of the weekend, and I think this year, I love Christmas when it falls on a Saturday because it means everyone gets a little longer holiday experience when you start Friday night and Christmas Eve.”