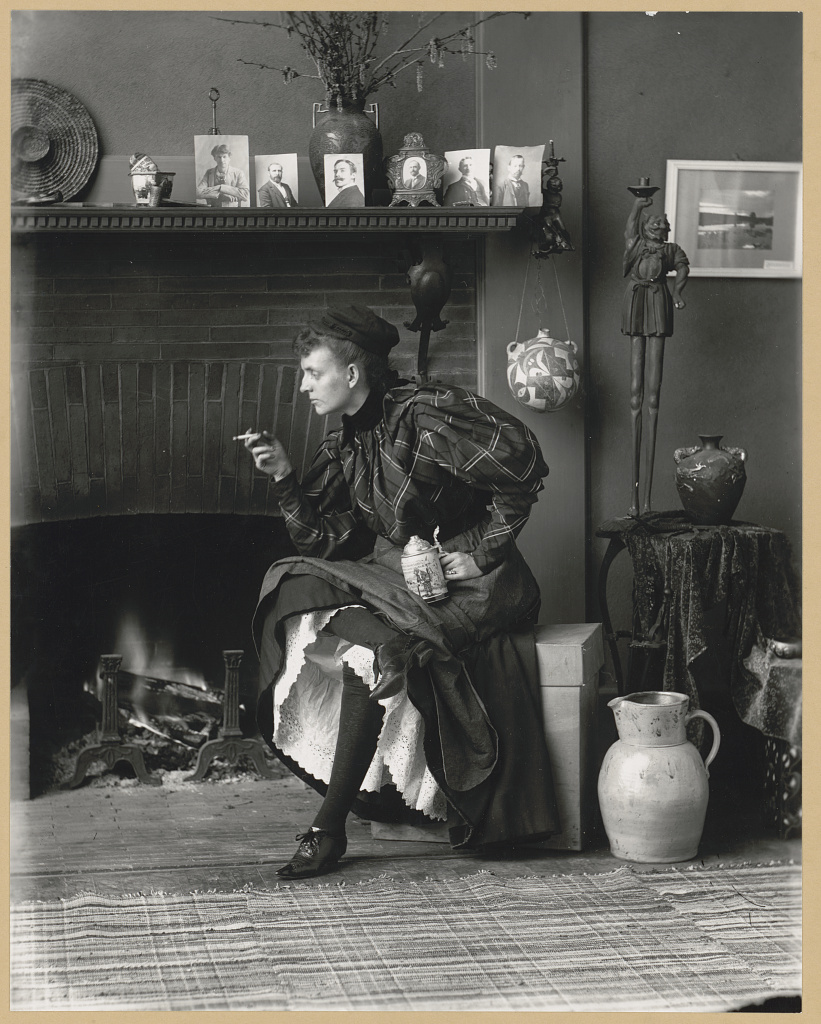 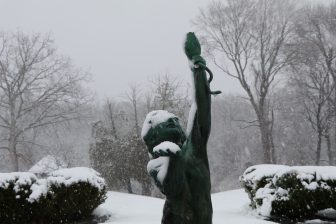 The water had been drained out of the lily pond in heart of the formal gardens east of Waveny House for a full cleaning, exposing the Eberle’s name at the base of a 1918 bronze of a nymph—the sculpture, “Lotus Fountain,” is known to thousands of New Canaanites—and prompting Faber Kolb to start researching.

What she and fellow town resident Micaela Porta went on to discover about Eberle—a highly accomplished sculptor whose work has been shown at the Metropolitan Museum of Art—and four other women whose unique contributions helped form and document Waveny House and park as we know it today, would lead them to co-curate a new exhibition that launched last month at the New Canaan Museum & Historical Society. 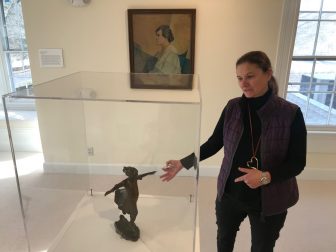 “Women of Waveny—Artists, Patrons and the Lapham Legacy” is open through March 31, 2022.

Located in a second-floor gallery in the Historical Society’s main building (13 Oenoke Ridge), the exhibition features six sculptures from Eberle as well as many photographs from Frances Benjamin Johnston—an early American photographer and photojournalist who took pictures of Waveny—and paintings, prints, ephemera and other works and images that tell the story of how they and Antoinette Lapham, Ruth Lapham Lloyd and Elise Lapham contributed to Waveny and beyond—women whose lives spanned 1864 to 2011, according to the show’s 35-page program, written by Porta.

“This is an extremely significant exhibition because it is about Waveny, our town’s treasure,” Faber Kolb told NewCanaanite.com during a guided tour last week. “I think many residents don’t know the history of the town. It is shedding light on artists, women, patrons who really contributed to the fabric of Waveny and beyond. And who really are making a statement about, in general, in a broad scheme, about women and the work they do, and I think that’s a story that resonates in this town. Because there are wonderful stories of women who do work, often quietly at times, but not always getting the same, ‘It’s just typical women’s work.’ No, this isn’t typical. Johnston is one of the first documentary photographers of the 20th Century, and she’s taking photographs of Waveny. So I think it’s this story of the work that women do, which can really contribute.” 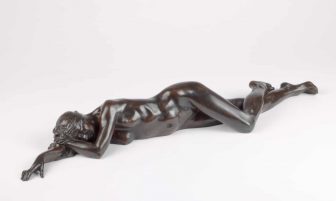 The exhibition includes didactic labels to help guide visitors, and Faber Kolb and Porta also are helping lead tours. Future programming includes “Abastenia St. Leger Eberle in Context: American Women Sculptors 1900-1940” with Dr. Thayer Tolles, Curator of American Painting and Sculpture in the American Wing of the MET (Feb. 9) and “What a Woman Can Do with a Camera: Frances Benjamin Johnston and Her Contemporaries” with Dr. Kara Charles Felt, Curator and Art Historian (March 3).

With pieces collected from around the nation, the show contextualizes some of what locals have learned through years about the history of Waveny, which the town acquired in 1967—such as the Herter Looms tapestries that have adorned the walls on “The Castle’s” main floor—and also features entirely new pieces that in some cases are on public display for the first time. 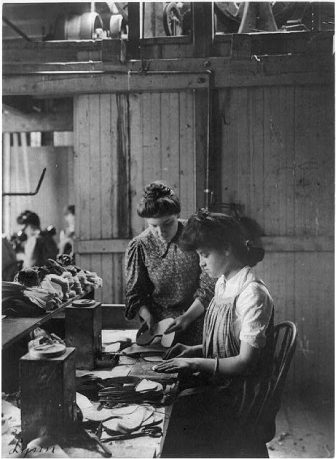 Asked what it was like to learn about the women in development of the exhibition, Porta said, “We almost couldn’t believe it, discovering that the lives and work of these five remarkable women converge at Waveny. It’s a great, layered story, from fine art and women’s history to Waveny. It was new to us in some ways—how hadn’t we known about Eberle and Johnston—but also as old as time, of women creating and earning and contributing and getting it done in every way. It resonated with us professionally and personally.”

The show originally was to launch in 2020, the centennial of the 19th Amendment to the Constitution, but was put of amid the pandemic.

The New Canaan Museum & Historical Society’s executive director, Nancy Geary, said the important thing about the show is that “it’s taking things that happened in the town and giving them a much broader context.” 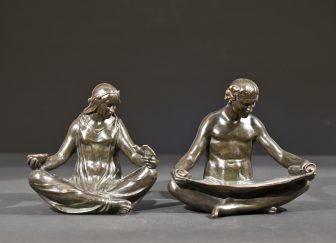 “We’re thrilled to have all the Abastenia St. Leger Eberle sculpture here and this wide collection of Frances Benjamin Johnston photographs,” Geary said. “To document the kind of work that put her on the stage nationally. So that is what we are hoping to do here as a museum. Our mission is very much about New Canaan but we are hoping to allow visitors to come and learn a bigger story.”

The exhibition starts and ends with Waveny, telling the story of the Laphams and their cherished estate, designed by the Olmsted Brothers firm as per Antoinette Lapham, wife of Texaco co-founder Lewis Lapham and a co-founder of the New Canaan Garden Club in 1909. Their daughter, Ruth Lapham Lloyd, entrusted the estate to the town of New Canaan, with the final piece gifted by Elise Lapham. 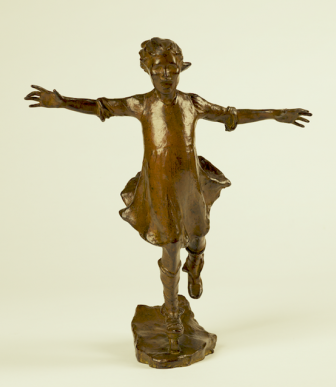 “But in this show, there are incredible art works,” Faber Kolb said. “And it’s really then what made this whole picture of five women who are extraordinary. And it all began with this fountain at Waveny.”

Faber Kolb said that the creation of the show largely was a “collaborative effort of thinking” between herself and Porta to answer this question: How do all of these pieces connect?

“That was the big thing,” she said. 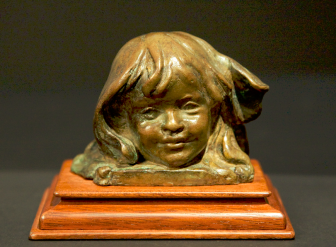 Asked what it was like to make such discoveries in the course of the research, Faber Kolb said. “It’s so wonderful, because I’m curating shows in different fields. And this isn’t necessarily my background, American sculpture or early photography. But once one has those tools, you can do anything. It’s just wonderful to bring to light, in my hometown, this wonderful story about these truly significant artists. And just sharing that story with the town and beyond, because on another level, scholars—this is one of the important things—this is beyond New Canaan. This is one of the only exhibitions of the sculptures of Eberle.”