[Editor’s Note: One item was removed from this installment of “Did You Hear?” at a reader’s request.] 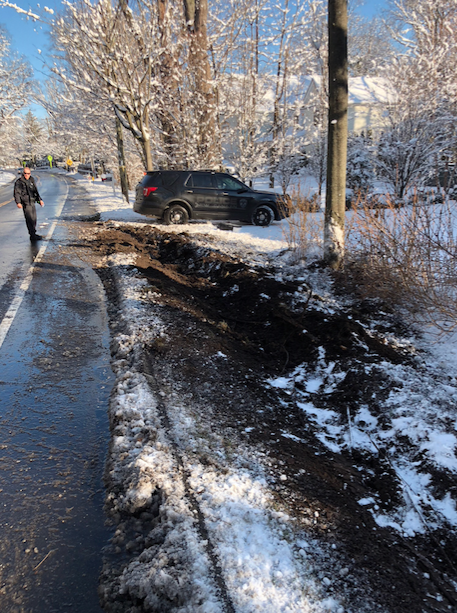 The trench carved out by a snowplow whose operator apparently jumped a curb on Old Stamford Road overnight Feb. 17 to 18, destroying a mailbox. Contributed 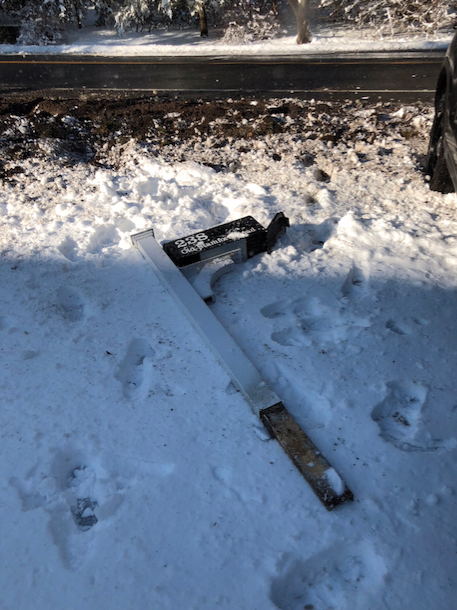 New Canaan Police responded Sunday to a report of damaged property after a snowplow operator in clearing the roads overnight apparently jumped the curb on Old Stamford Road, smashing a mailbox and its post, sending both flying into a neighboring driveway, and carving a trench in the grass. The driver didn’t stop.

The town on Feb. 16 received a building permit application for an interior retail fit-out to create a new nail salon at 78 Main St. A contractor for the “Nail Page II” job has not yet been identified. The architect is New Canaan-based RADMAN Architects LLC. 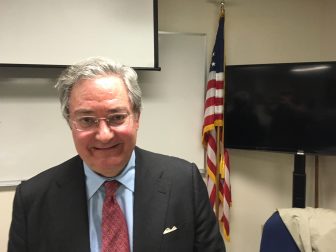 Jim McLaughlin, a 20-year New Canaan resident who has served as chairman of the Republican Town Committee, sat Wednesday as a member of the Police Commission for his first meeting with the volunteer panel. By way of introduction, McLaughlin said he is a lawyer by training who for the past 13 years has been in the private equity investment business. McLaughlin has served on the board of a local ballet school and also has been active with Friends of St. Aloysius, he said.

The town on Feb. 14 issued a demolition permit for 74 Forest St., where a new home is planned. 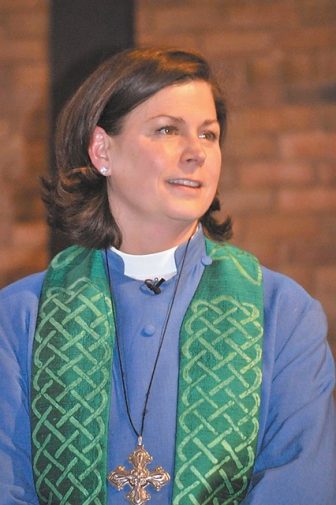 Congratulations to the Rev. Kathryn Kibbie Laird, the Interim Acting Head of Staff of the First Presbyterian Church of New Canaan, who has officially become a member of the Dean’s Advisory Council at Yale Divinity School. Laird is a Yale Divinity School graduate, ’97 M.Div., and has worked full time for the past 18 years as an ordained Presbyterian PC Minister for Children, Youth, and Families, in Pleasantville, N.Y., Greenwich and New Canaan.

Police on Thursday arrested a 35-year-old Bronx, N.Y. man and charged him with second-degree failure to appear. He originally had been arrested June 17 at the New Canaan Train Station for possession of a narcotic and violation of probation.

Arnold Karp, contract purchaser for the vacant and neglected Greek Revival-style home at 4 Main St., said during a meeting of the Historic District Commission Thursday that the bank involved in an ongoing foreclosure proceeding has instructed him not to do anything to protect the home from becoming weather damaged. “Otherwise we would have tarped the roof and stopped the water infiltration,” Karp said.

The New Canaan Housing Authority on Feb. 8 filed papers with state Superior Court to evict a resident of 41 Millport Ave. that lawyers for the agency said failed to pay rent in December or January after signing a lease in February 2016.

The Police Commission—Chairman Sperry Decew, Paul Foley and McLaughlin—voted 3-0 Wednesday to approve a request for outside employment by Officer Kelly Coughlin. She will do some coaching for the CT Hoopsters travel basketball team, according to Police Chief Leon Krolikowski. Coughlin played ball in college, he said. “She is an excellent officer and I recommend approval,” Krolikowski said.

The town is talking to three real estate brokers regarding the former Outback Teen Center building, First Selectman Kevin Moynihan said Thursday during a press briefing. Officials are pursuing a plan that would see it sold or leased. 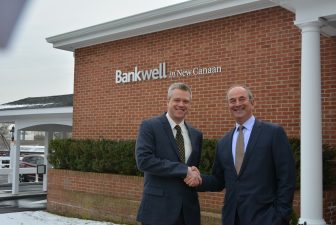 In lieu of holiday gifts to customers this past year, Bankwell donated $2,500 to the Connecticut Food Bank, bringing the bank’s contribution to that organization to $7,500 for the year. Connecticut Food Bank Director of Development Michael Davidow said in a press release: “We would not be able to distribute vitally needed food to people in need without help from companies like Bankwell.” Chris Gruseke, CEO of Bankwell, said: “Giving back is an important part of our corporate culture and Bankwell’s focus has been on health and human services. We support more than two hundred not-for-profit organizations throughout Connecticut as part of our Bankwell for Good program. As a community bank, we are part of the fiber of the towns in which we operate. We seek to be good neighbors by being responsible corporate citizens.” 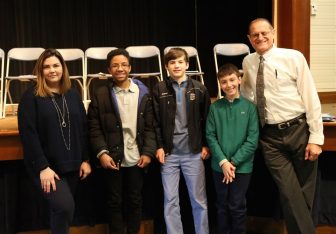 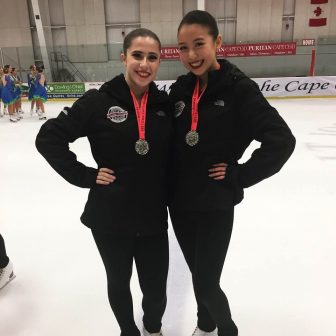