The Office of the Chief Medical Examiner has established “traumatic asphyxia, mechanical compression accident” as the cause of death for the 71-year-old woman found pinned and non-responsive March 27 beneath a motor vehicle in a South Bald Hill Road driveway. It isn’t clear what happened—an investigation from the New Canaan Police Department’s Accident Reconstruction Unit is ongoing, according to public information officer Lt. Jason Ferraro.

The New Canaan Building Department on April 17 issued an after-the-fact permit for a $50,000 renovation of two bathrooms at 246 Park St. Officials noted on the permit that the work “was one without obtaining the necessary permits, this means that all required inspections during construction were not performed.” The contractor on the job was the condominium’s owner, according to building records. 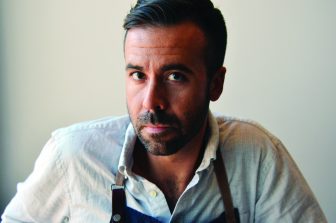 Chef Luke Venner of elm restaurant in New Canaan, has received an invitation by the prestigious James Beard Foundation to bring a taste of “Connecticut Spring” to the Historic Beard House on May 14th. Designed to celebrate, nurture and honor chefs who make America’s food culture more delicious and sustainable, the Beard House Dinners are prepared by culinary masters worldwide. 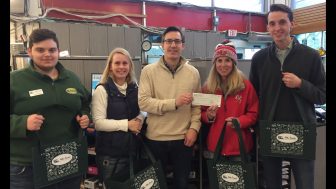 The NCPD Animal Control section this week began issuing tickets and fines for dog owners who have not renewed their pets’ licenses. The town at last count was just 60 licenses away from the 3,000 mark, officials say.

The Second Annual NC Color Run is to be held at 9 a.m. on Saturday at New Canaan High School, rain or shine. It’s an opportunity for the whole community to come together as students and adults will run/walk in either the Kids’ Color Dash (.8 mile) or the NC Color Run (5K). During the fundraising run/walk for the NCHS Scholarship Foundation, color powdered washable paint is thrown in the air at the start of the race and at seven different color stations (pink, purple, yellow, green, red, blue, and orange) along the route. Runners get covered in color for a rainbow effect. Please also bring cash for bandanas, food or additional donations.  Stay after the race and enjoy music with the DJ, bagels donated by Giacomo’s Italian Deli, and bananas/water donated by Walter Stewart’s Market.

Finally, police at about 8:44 p.m. Saturday cited a 21-year-old Norwalk man for possession of marijuana after stopping him for speeding (40 mph) on Weed Street (25 mph zone).