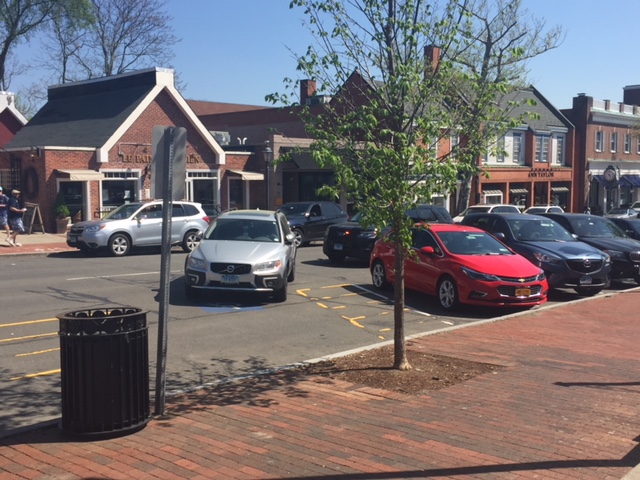 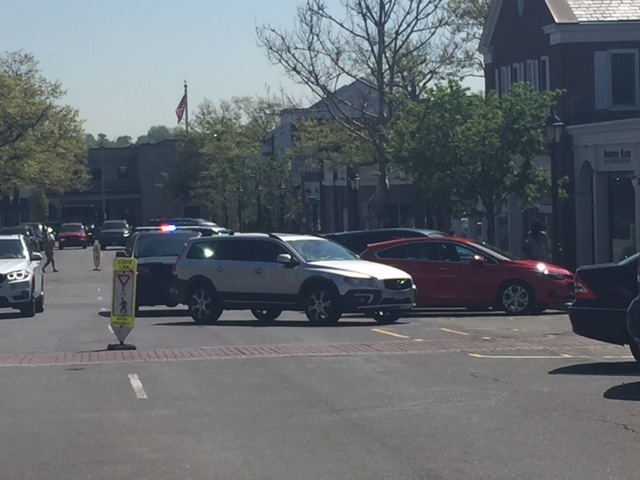 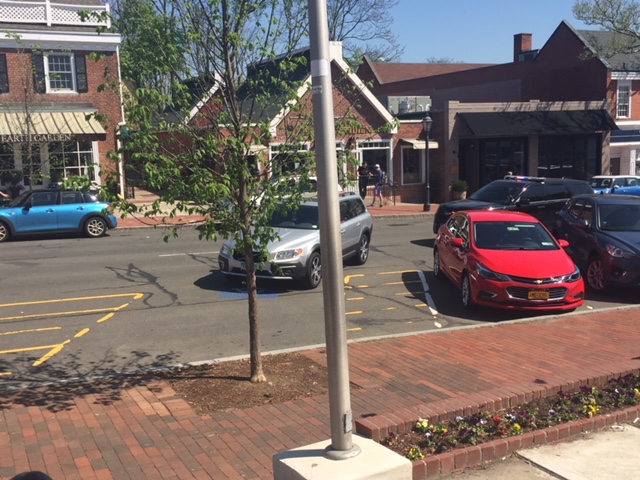 Tuesday saw one of the all-time worst parking jobs on Elm Street. Passersby and downtown workers wandered outside as events unfolded after a motorist parked the nose of a Volvo wagon in the handicapped space in front of Dunkin Donuts. The car was towed.

Parks officials said Wednesday that the town received about 230 applications for nonresident family permits to Waveny Pool. The town sold 120 of the permits—the Parks & Recreation Commission recommended they sell for $1,200 apiece—following a May 1 lottery. 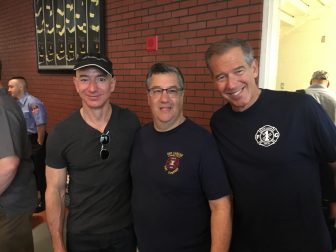 New Canaan’s Rob Mallozzi, known to locals as a former first selectman and now a Bankwell SVP, has reactivated as a volunteer firefighter. Recently, he attended FDNY training in New York City with a fellow familiar face and dedicated New Canaan firefighter, Brian Williams. The pair took part in the second annual Dennis Leary Firefighter Challenge to benefit the Leary Firefighter Foundation. Mallozzi said afterwards that the FDNY guys ramped it up at a couple of fire suppression drills and he was “mighty impressed” though not surprised by Williams’s professionalism. Williams is also a board member of Leary’s foundation.

This mid-19th Century Colonial at 18 Main St. in New Canaan’s Historic District is hitting the market after a broker’s open house on Tuesday. It’s listed at $2,395,000: 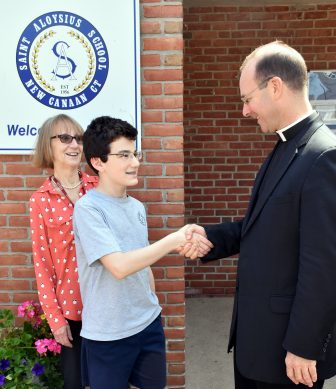 Congratulations to Jack Saucedo, a seventh grade student at St. Aloysius School whose team won the “Odyssey of the Mind” State Championship. He and his team will head to Iowa State University on May 23 for the World Championships, joining more than 5,500 international competitors for a week of activities including competition, STEAM experiences and activities with NASA scientists.

The Zoning Board of Appeals on Monday formally denied an application for a variance that would have allowed for a two-family home on Raymond Street.

Despite past interventions by the town, the boat in recent weeks has come back in the driveway at 42 Ferris Hill Road, in violation of the New Canaan Zoning Regulations.

Police in the past week issued two tickets for possession of less than .5 ounces of marijuana. At about 3:45 p.m. on May 5, an officer stopped a car driving erratically in the area of Smith Ridge and Michigan Roads, and cited the 19-year-old Norwalk man driving for the infraction offense, as well as possession of drug paraphernalia and defective windshield. Then at about 9:28 p.m. on May 5, a 20-year-old Gerdes Road man was cited on the drug charge after an officer found him in a car parked in Kiwanis Park after hours.

The Board of Selectmen on Tuesday proclaimed this National Public Works Week in the town, and offered high praise for New Canaan’s own hard-working and talented DPW.

Finally, though the upper floor of the New Canaan Police Department has been discussed in some detail as a prospective future home for the Board of Education, it currently does house the Parking Bureau, Investigative section of NCPD, Training division office, Domestic Violence/Accident Reconstruction office, Animal Control office and IT office.