The New Canaan Building Department on July 9 issued an after-the-fact permit for $5,000 of work done at 82 Old Kings Highway. The permit, which generated $675 in fees for the town, involved turning a half-bath into a full bathroom by adding a shower stall. 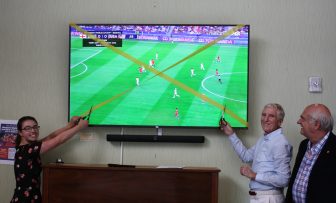 Waveny LifeCare Network residents and staff celebrated the U.S. National Women’s Soccer Team win over England in the World Cup semifinal on Tuesday, July 2. The game was watched on Waveny’s new 75 inch television, an addition to Waveny’s therapeutic recreation offerings made possible through a grant by the Rotary Club of New Canaan, and from donations directed to Waveny in honor of volunteer Ruby Bierman’s bat mitzvah.

Burglaries in New Canaan are down to four so far this year compared to eight at the same time last year, officials said at the most recent meeting of the Police Commission. Motor vehicle crashes involving property damage are down “significantly,” from 171 to 193, Police Chief Leon Krolikowski said during the Commission’s June 19 meeting, though crashes that involve injuries are up to 18 versus 13 one year ago. The figures track through the end of May.

Online sales of passes for the New Canaan Family Fourth picnic and fireworks at Waveny increased by 50% this year over last, First Selectman Kevin Moynihan said Wednesday during a meeting of the Technology Advisory Committee.

The Board of Selectmen on Tuesday voted 3-0 to approve the appointment of Randy Dalia to the Tourism and Economic Development Advisory Committee, replacing Rich Battista.

The most recently legal bill from the town’s attorneys at Westport-based Berchem Moses PC—an $8,500 bill, approved by the selectmen at their June 24 meeting—had two items totaling 1.2 hours of consultation regarding Bankwell, including its ground lease. Moynihan has said in the past that he’s discussed the possibility of selling to the Elm Street business the town property on which its building sits.

Put these events in your calendar:

The New Canaan-based Maddox Law Firm this week posted a blog on “the growing movement against cell phone use in cars.”

New Canaan Public Schools recently announced the retirement of Richard Webb from New Canaan High School. Keynote speaker for the Class of 1995 and Class of 2013 Graduation Ceremonies, Webb served on the NCHS faculty for 24 years, including a decade as department head for Social Studies. 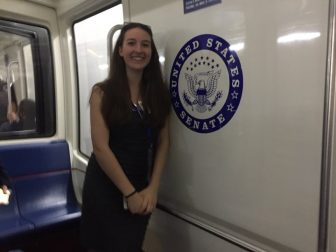 Rising New Canaan High School senior Fiona Stevens was one of about 80 teens from more than 30 states across the country who went to Washington, D.C. in June for the Cystic Fibrosis Association’s 11th annual Teen Advocacy Day. She has advocated for four years on behalf of all those who have CF. 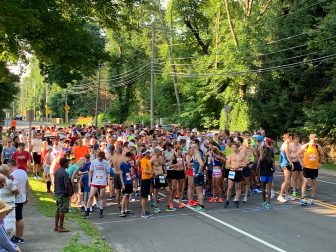 Runners assemble before start of 4 on the 4th race in New Canaan. It had 323 runners, the fourth biggest field in the 37-year history of the race. Contributed

From Jim Gerweck: Peter Watson had won the two previous installments of the “Four on the Fourth road race” held July 4 in New Canaan, but the Darien track coach knew his odds of a three-peat were slim when he saw one of his former charges, Alex Ostberg, showed up to run on Thursday. Watson stayed close to Ostberg on the out-and-back course from St. Mark’s Church, but in the end the recent Stanford grad pulled away to a 21:13 win, 25 seconds up on Watson. On the women’s side, Kathleen Servidea finished exactly four minutes behind Ostberg, 29 seconds ahead of Meredith Anand, Maddie Stambaugh was third female in 26-flat. Heather Knight-Pech was the first female, fifth overall in 26:40. Complete results are posted online at www.ClubCT.org. 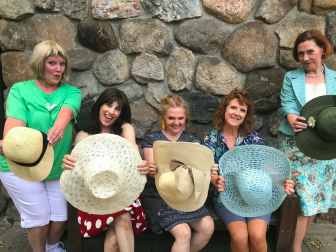 The Town Players of New Canaan’s production of “The Dixie Swim Club” opens for a three-weekend run on July 26.The play centers around five Southern women who met on their college swim team, and maintain their friendship through yearly beach weekend “girl’s night out” get-togethers. The play focuses on four of those weekends and spans a period of thirty-three years. When fate throws one of them a wrench, these friends, prove the enduring power of “teamwork,” rally together with the strength and love that takes this comedy in a poignant and surprising direction.

New Canaan High School’s Class of 1979 is planning its 40th reunion from October 4 to 6, in New Canaan and Stamford. The three-day event will include a variety of events beginning with a tailgate event at the football game against St. Joseph’s on Friday, Oct. 3 followed by a casual gathering at Gates. On Saturday morning, a platform tennis event at the Waveny Paddle Courts is planned, and the main event—a dinner dance, casual cocktail attire—is scheduled for Saturday, Oct. 5 at the Stamford Yacht Club. Tickets are $90 per person with a cash bar. Deadline to register is Sept. 6. More information is available here. 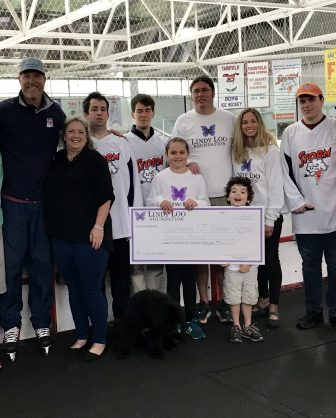 Lindy Loo strives to improve the social lives of people living with intellectual and developmental disabilities in the greater New York Metropolitan area.