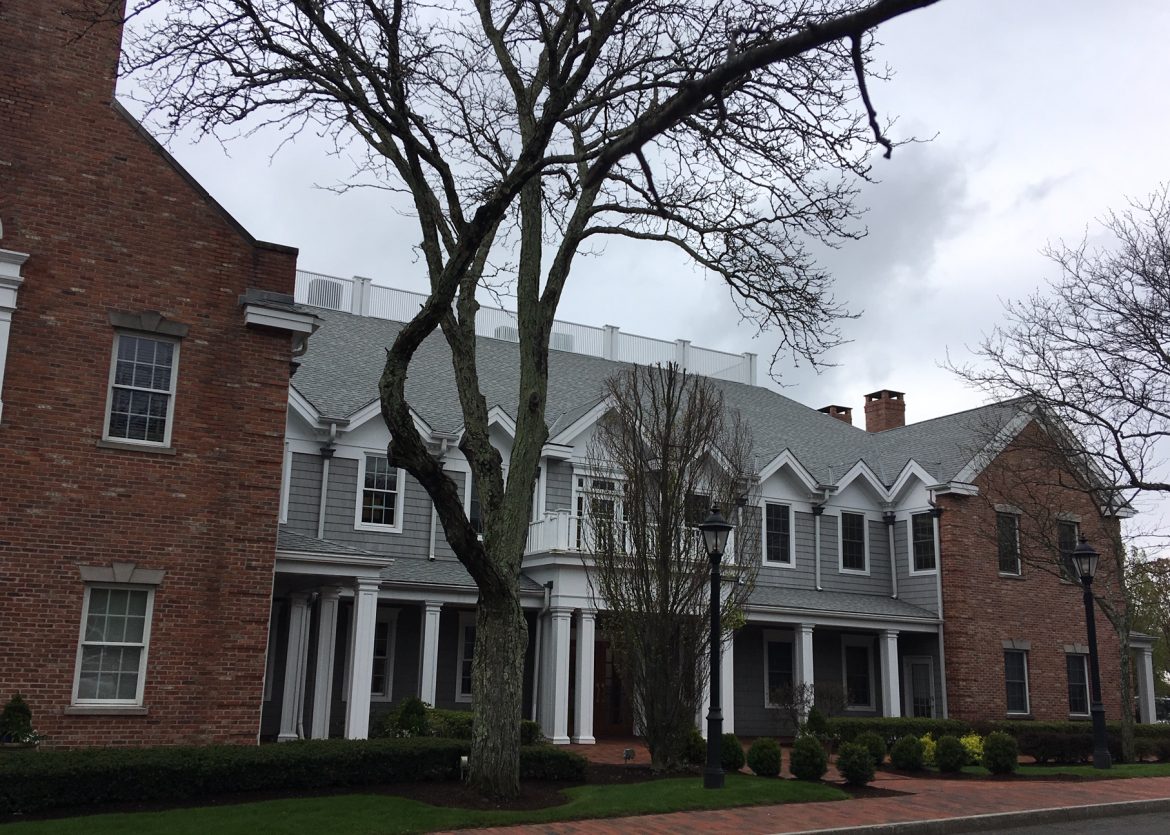 New Canaan’s highest elected official said last week that he has discussed selling to a local business the town-owned property on which that business is located.

Bankwell owns its office building at 220 Elm St., but New Canaan owns the .73 acres on which that building sits, tax records show.

According to First Selectman Kevin Moynihan, Bankwell assumed an active 99-year land lease when it bought its headquarters building out of bankruptcy several years ago.

When that lease expires about 83 years from now, if nothing changes, then “we get the building,” Moynihan said, referring to the town.

“I don’t want another building,” the first selectman said during a press briefing held April 25 in his Town Hall office.

“And they [Bankwell] want to buy the land,” he said.

According to Moynihan, the head of Bankwell called him and asked whether the town would sell the land.

It makes sense for the bank to buy the land based on the rental payments that the company makes to the town in lieu of taxes, Moynihan said.

The comments came in response to a question from NewCanaanite.com about what town-owned properties the town is thinking of selling. Media representatives from Patch and Hearst Connecticut also attended the briefing.

Moynihan confirmed last month that the town is considering selling to a private developer a former Lapham property located directly below and along the Merritt Parkway, at Lapham and Talmadge Hill Roads. That prospect has generated wide discussion in town.

One thought on “Moynihan: Town in Talks To Sell Elm Street Property to Bankwell”