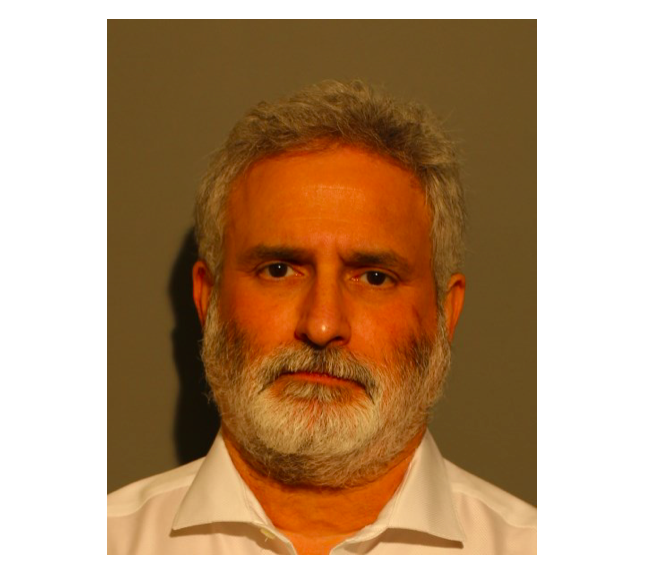 Police on Monday arrested the district’s former director of food services by warrant in connection with the widely publicized theft of hundreds of thousands of dollars from two public school cafeterias.

The arrest comes nine months after two sisters who ran food services at Saxe Middle School and New Canaan High School each were charged with felony larceny in connection with the theft of nearly $500,000 from the school cafeterias between 2012 and 2017.

An attorney for one of the sisters in the wake his client’s arrest pointed a finger at Gluck, saying the former food services director may have been involved in a fraud.

According to a press release issued Wednesday by Lt. Jason Ferraro, the New Canaan Police Department’s public information officer, the investigation that police had launched in December 2017 when district officials first notified authorities about “financial discrepancies” discovered “with the handling of cash” at the cafeterias has continued.

“Further examination of bank and other records, as well statements gathered in the first phase of the investigation, identified Food Services Director Bruce Gluck as another suspect,” Ferraro said in the press release. “Among other findings, banking records showed that Gluck made large cash deposits during the theft timeframe. The overwhelming majority of these deposits were made during the school year and tapered off markedly when school was not in session. Continuing the established pattern, upon Gluck’s retirement, daily money intake totals increased dramatically. The investigation showed that Gluck conspired with [Joanne] Pascarelli and [Marie] Wilson to steal town monies.”

According to information gleaned from arrest warrant applications, the sisters—Pascarelli had overseen the food program at Saxe while Wilson was assistant food director of New Canaan High School—used a similar method to steal money at each school: First, they allowed and in some cases, food service workers say, advised the women stationed at cash registers to take in cash without recording the transactions in the registers, then removed large bills from registers themselves, “counting out” the drawers in private at the end of the day and reporting just a small deposit of what remained.

According to the new arrest warrant affidavit from New Canaan Police Sgt. Peter Condos of the department’s Investigative Section, detectives during an interview with a food services worker in March 2018 learned that “at the start of the day the cashiers are supposed to put in their name, their register and how much they started with in the drawer.”

“She said each cashier is supposed to do the paper (deposit slip),” the police affidavit said. Yet “the girls were reluctant to sign,” the worker told police, “because they knew something was wrong.”

At one point “Bruce Gluck spoke to her” and said, “Don’t worry you’re not doing anything wrong.”

Other cashiers in the school told similar stories, according to the police affidavit.

Police reached out to Gluck that same month, March 2018, and set up a meeting that Gluck later canceled “due to medical testing,” promising to reschedule, which he never did, the affidavit said.

The following month, Wilson, after initially denying all allegations, in a second interview with police referred to Gluck, saying that since 2006 he would demand $100 every day from the registers after lunch was over, telling Wilson that it was petty cash or similar uses. If ever there was more money in a drawer at the end of lunch, those funds similarly would be designated for random uses, Wilson said, such as purchasing supplies, according to court documents. Wilson said that she was “pissed” at the man “when he bought an expensive camera that he said he bought for the food service area but she never saw it again,” according to a police affidavit for Wilson’s arrest.

Gluck in a lawsuit filed in January 2015 was accused of screaming, cursing, throwing objects and otherwise intimidating and degrading women he was overseeing in his position with the public schools. The school district sought to have the civil case dismissed, but was denied. His employment with New Canaan Public Schools officially ended June 30, 2017.

After he left, the money taken in by the schools went up about $100 per day, police said, through it was still short about $200 per day when compared with sales records. (Wilson denied taking any money beyond what she “admitted to giving to Bruce Gluck,” the affidavit said.)

On May 17, 2018, Wilson came to police for a third interview and said she “couldn’t guarantee” how much money Gluck was stealing.

“Bruce was always in and out of her office and on her computer because he was her boss,” the affidavit said, citing information from Wilson. “He could have done anything he wanted to do.”

Wilson told police more than once that “she would purposely not give him the money to see what he would do and see if he would stop but he would go through her whole desk until he found it.”

“Wilson said even if it was during exams, when they don’t bring in much money, she would still have to give him the money,” the affidavit said.

Police have said they don’t know how much total money was stolen from the district or how far back the thefts went, due to a lack of documentation.

According to the police arrest warrant application for Gluck, an individual who worked in the NCHS kitchen for five months in 2000 “described at one point inadvertently finding desk drawers filled with cash in one of the offices (Wilson’s).”

“The bills were loose” and the worker “described it as if someone just dumped bags of money into the drawers,” the affidavit said.

During another incident, “Bruce Gluck backed his Volvo up to the loading dock and loaded it with cases of food from the school” so that it was full, the affidavit said. The worker said he or she believed Gluck had a side business in catering and was concerned by the scene, but ultimately “decided not to say anything since they shared the kitchen” and the individual “wanted no trouble.”

Police confirmed that Gluck did have a side catering business between 1997 and 2001 called The Food Chain Inc.

Last month, Condos said in the affidavit, he received a forensic examiner’s report into Gluck’s bank records, which “detailed large numbers of cash deposits that were occurring since September of 2012 through March of 2017,” the parameters of the search warrant.

The amount of cash deposits totaled $37,330, the affidavit said.

The funds are not accounted for, as Gluck’s town paycheck was direct-deposited and neither Gluck nor his wife had any corporate or business filings that would generate additional income at that time, the affidavit said.

Gluck, through an attorney declined to be interviewed by police, Condos said.

It remains unclear whether, in addition to stealing cash, parents’ charge accounts were depleted by the food services staff. Last fall, district officials said an auditor was reviewing records in order to determine whether a closer look at that possibility was warranted.

Gluck was held on $50,000 bond and transported to state Superior Court in Norwalk. Subsequently, he was arraigned and released by the court on a $25,000 surety bond, police said. Gluck is represented by attorney Kerry Lawrence of White Plains, N.Y.-based Calhoun & Lawrence LLP, according to court records.

Wilson and Pascarelli are next scheduled to appear in state Superior Court in Stamford on June 17 and 19, respectively.

The police investigation is ongoing. Anyone with information regarding these crimes is asked to contact the New Canaan Police Department Investigative Section, Sgt. Peter Condos, 203-594-3522.