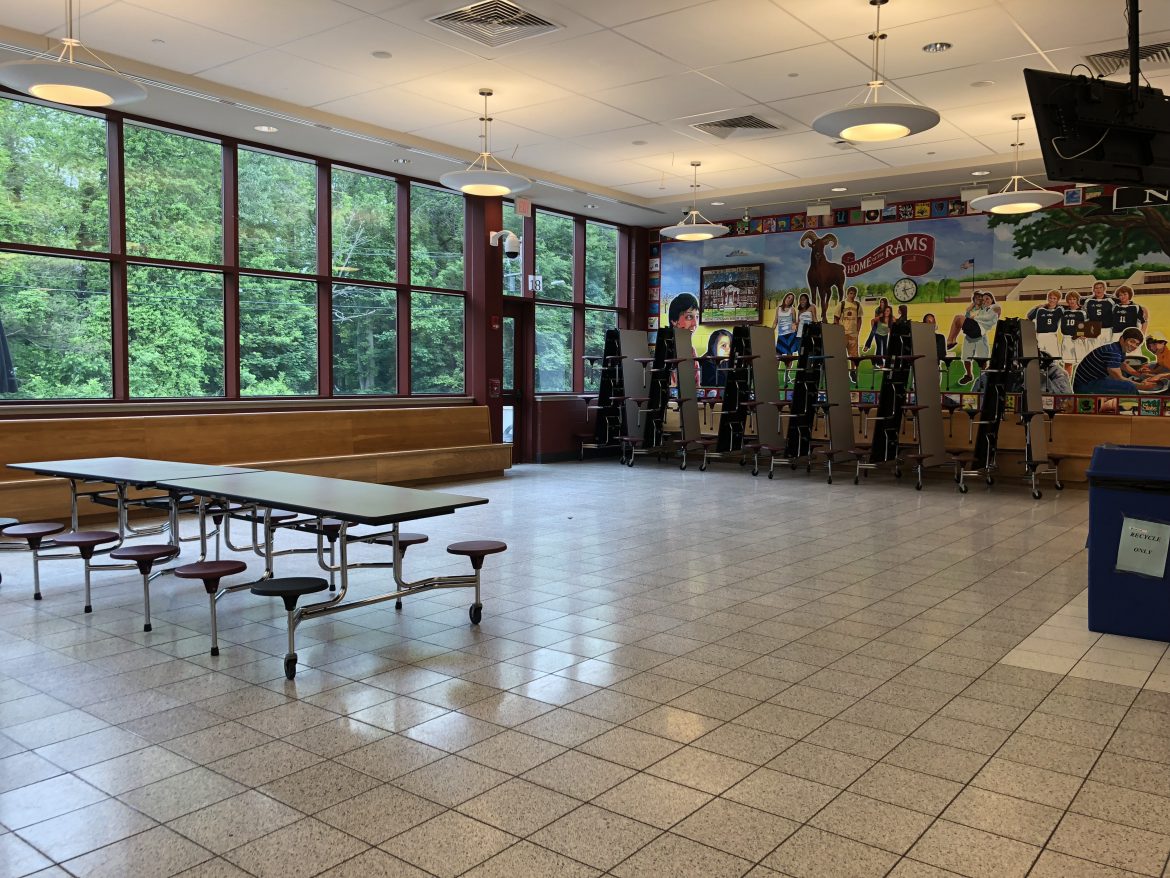 District officials said Monday that they’re looking into whether parents’ charge accounts were depleted by the lunch ladies accused of stealing nearly $500,000 in cash over a period of several years from two public school cafeterias.

Asked by members of the Audit Committee about the possible “double charging” of accounts by two sisters who had overseen the cafeterias at Saxe Middle School and New Canaan High School, Superintendent of Schools Dr. Bryan Luizzi said the district is “taking a cursory look at that, to really determine whether or not a need for a deeper dive into it is present.”

“We have lots of documentation and it is a process of going through that documentation,” Luizzi told Committee members during their regular meeting at Town Hall. “We are working with Joe as well to do that for us and just take a look, just to know if any there is any direction we should take next.”

He referred to Joe Centofanti, a partner at PFK O’Connor Davies LLP, an accounting firm.

Asked about the accounting work by NewCanaanite.com, Luizzi said in a statement: “The auditor is reviewing the system to look for any inconsistencies that indicate a need to perform a deeper audit of the system. This individual has performed such investigations before, and is familiar with the system that we use. We have significant documentation as well, and he will also be reviewing this documentation as part of his research.”

Asked about the timetable for the work, he said: “This work is just beginning, and at this point we do not have any anticipated conclusion date. It is important that we are thoughtful and careful in this work, and will continue to take the time required to be as accurate as possible in our assessments.”

An attorney for one of the arrested woman said the district practiced “systemic negligence” with respect to cash-handling in food services.

Committee Chairman Bill Parrett said during the meeting that the district had notified him early on of its own internal investigation into the missing cash, and that “like in this other situation, we will do some homework and if the homework indicates that we ned to do more, then do more.”

Of the $2 million-plus that New Canaan Public Schools’ food services takes in annually, only about 5 percent is cash, according to Dr. Jo-Ann Keating, the district’s director of finance and operations.

The question of whether the lunch ladies, Joanne Pascarelli and Marie Wilson, overcharged parents while also stealing cash from registers—for example, to justify food-purchasing costs—has loomed over the district since the sisters’ arrests in August on felony larceny charges.

Keating had said prior to the start of the school year that the district’s budget director would look into it. New Canaan’s first selectman later disclosed that the Board of Ed hired a forensic accountant—presumably Centofanti—to study the matter.

Audit Committee member Chuck Jacobson asked whether new financial controls now were in place in areas throughout the school district that deal with cash.

She opened the discussion by reviewing a history of the district’s own internal investigation. A key to the investigation occurred when the point-of-sale system at the registers switched to a “blind close” system.

Describing that, Keating said: “You are ringing up all day long, going through transactions and at end of the day you count out the drawer and enter denominations of cash, but you have no idea what the sales number should be.”

When officials at Central Office compared cash receipts to cash taken in on the blind close system, “We were noticing discrepancies, at New Canaan High School primarily,” Keating said.

“That was a focus,” she said. “We were zeroing in. We didn’t know whether it was an operating error or if it was a fraud.”

Stamford-based attorney Darnell Crosland has said that he has asked to view evidence that may exonerate his client, Pascarelli, and also has made an inquiry into Bruce Gluck, former head of food services for New Canaan Public Schools.

During an investigation by New Canaan Police, Wilson had said that the food services director since 2006 would demand $100 every day from the registers after lunch was over, saying that it was for petty cash or similar uses. If ever there was more money in a drawer at the end of lunch, those funds similarly would be designated for random uses, Wilson said, such as purchasing supplies, according to an arrest warrant application.

Wilson said that she was “pissed” at the man “when he bought an expensive camera that he said he bought for the food service area but she never saw it again,” according to a police affidavit.

Asked about the prospect of additional arrests in the case, Police Chief Leon Krolikowski told NewCanaanite.com that the department’s investigation is concluded and resulted in charges for the two women only. Krolikowski said he did contact Luizzi and confirmed that an accountant is “looking records related to charges.”