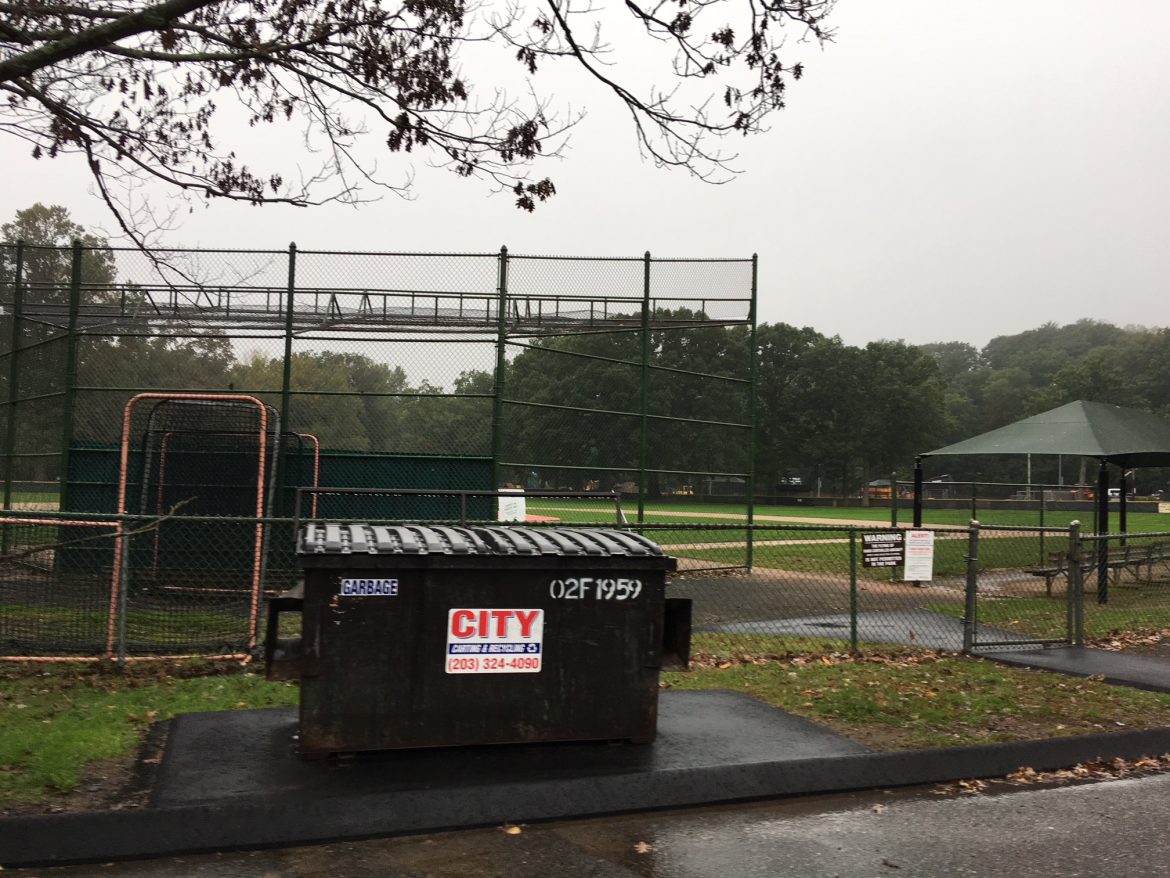 A dumpster near the entrance to Mead Park. Credit: Michael Dinan

Town officials said last week that they’re addressing an aesthetic problem whereby those entering local parks in some cases are accosted by the sight of garbage dumpsters. 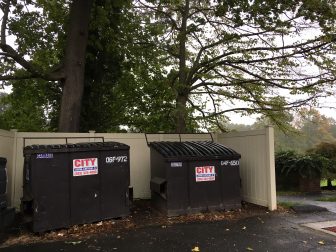 The town many years ago switched from trash cans dotted around fields at parks such as Waveny and Mead, to having dumpsters, according to Parks & Recreation Commission Chair Sally Campbell.

That effort was “very critical to reducing the amount of trash on the fields and in our parks,” she said during the Commission’s regular meeting, held Oct. 10 at Lapham Community Center.

“However, we find that every park we drive into we are verbally assaulted by City Carting on the dumpsters,” she said.

The answer, according to Commissioner Hank Green, who has looked at how nearby towns handle their dumpsters, will involve putting up three-sided fencing around them.

“It should be a pretty easy fix,” Green said.

Campbell said positioning or “shifting” the dumpsters also will make a difference so that “when you’re driving in, that you are not looking at City Carting.”

Recreation Director Steve Benko said officials are planning to move the conspicuous dumpster near the large ball field at Mead Park once the work on the little league baseball fields is done, and a dumpster at the end of the west parking lot at Waveny also will get a fenced-in area.

Campbell said the changes should be in place by spring.