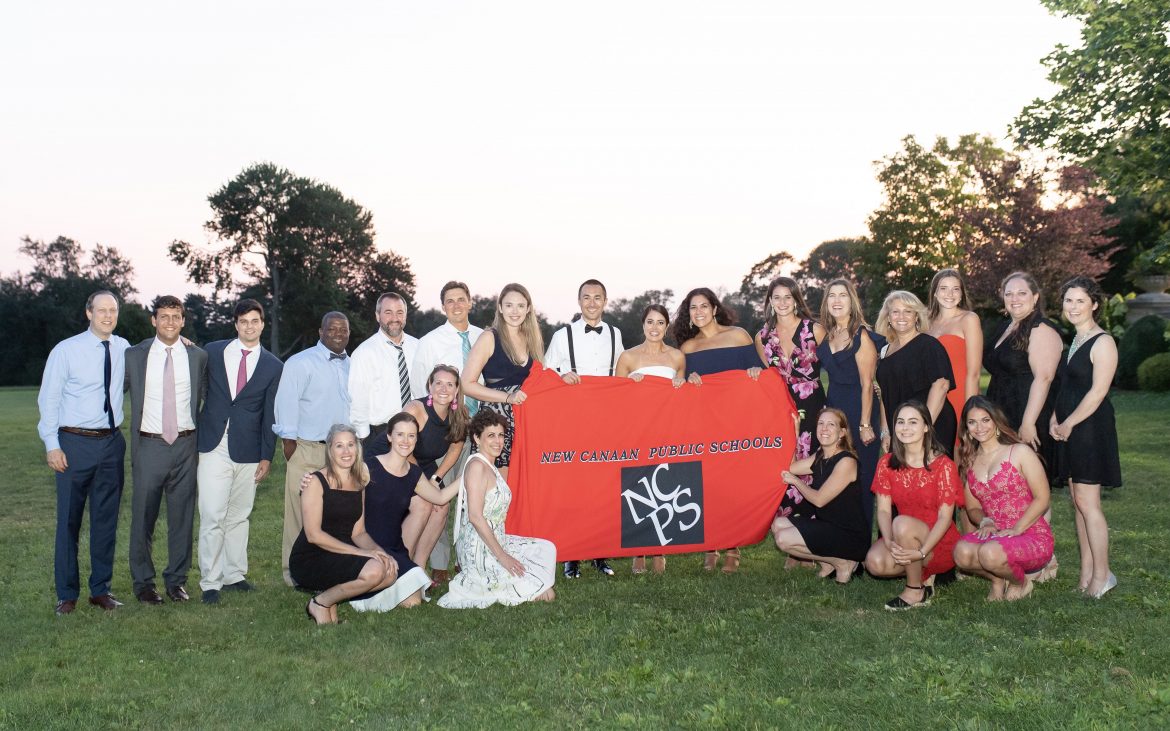 Congratulations to newlyweds Ben and Laura Young, longtime New Canaan Public Schools teachers who tied the knot July 27 at St. John’s Episcopal Church in Stamford followed by a ceremony at Waveny. Laura, a first-grade teacher at South School, and Ben, a seventh-grade Language Arts teacher at Saxe Middle School who also is the New Canaan High School boys varsity tennis coach, have been NCPS teachers for nine and 12 years, respectively. They honeymooned in Venice and Santorini. “We feel lucky and blessed to call NCPS our home, and we are excited for this next chapter in our lives,” the newlyweds said.

The Board of Selectmen on Tuesday voted 3-0 to approve legal bills that included a $3,105.97 item related to Grace Farms’ lawsuit against the New Canaan Planning & Zoning Commission. Filed in November 2017, the suit takes issue with the conditions under which P&Z approved the organization’s amended application for a Special Permit. The town spent some $30,000 in legal fees on the suit in the fiscal year that ended June 30. 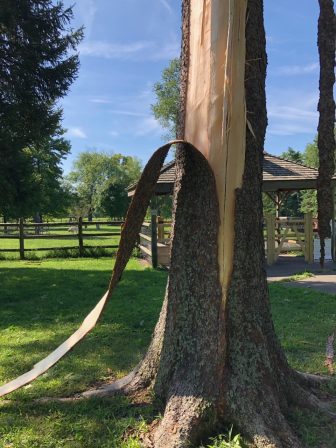 A lightning-damaged tree near the entrance to Spencer’s Run, following the Aug. 19 microburst that struck New Canaan. Photo published with permission from its owner

Monday afternoon’s microburst saw lightning strike a cluster of tall trees near the entrance to Spencer’s Run at Waveny. Crews could be seen taking the damaged trees down on Thursday.

New Canaan Police on Aug. 16 arrested a 26-year-old Brooklyn, N.Y. man by warrant and charged him with first-degree failure to appear in connection with an attempt in January 2016 to use fraudulent credit cards to make purchases at the Walgreens on Pine Street with store gift cards. 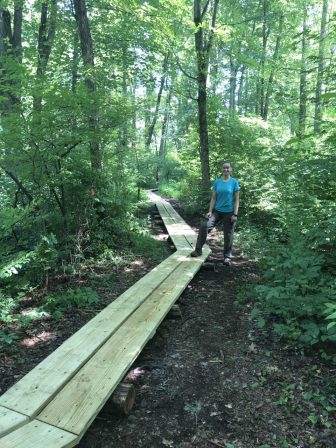 Claire Brunner on one of the walkways in the Watson-Symington Preserve. Contributed

Thank you and congratulations to Claire Brunner, a Girl Scout of Troop 50230, who recently designed and built one continuous section of raised wooden walkway on the Watson-Symington Preserve, a New Canaan Land Trust property, for her Girl Scout Gold Award Project. During the wet seasons, the accumulation of water exposes roots and makes the trail very muddy and difficult to walk. Over the course of one weekend, 144 feet of continuous walkway was built to rectify the issue. Brunner led a group of 6 scouts for a total of 90 man-hours of construction. These walkways can be found at the beginning of the trail off of the West Road entrance to the property.

A reminder of some great local events that are drawing near: 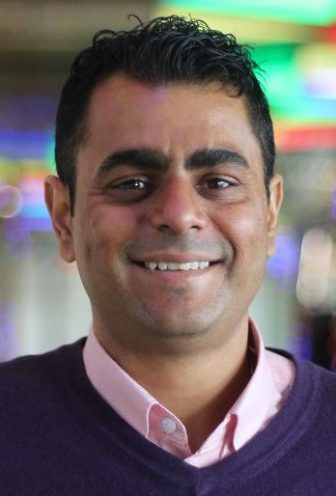 New Canaan-based nonprofit organization First Candle announced that Nikhil Patel has been appointed to its Board of Directors. The first international member of the Board, Patel is the head of Information Technology for Plexal in London. First Candle is committed to eliminating Sudden Infant Death Syndrome and other sleep-related infant deaths including accidental suffocation.

Lastly, police on Aug. 18 arrested a 57-year-old Urban Street woman by warrant and charged her with second-degree failure to appear after she failed appear in court on motor-vehicle related charges stemming from arrests last year.