More than half of the 32 ‘Justice for Jennifer’ rocks placed around New Canaan have disappeared, according to a note left at our Elm Street office. 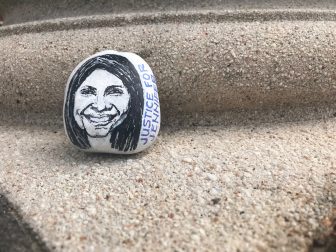 A ‘Justice for Jennifer’ rock outside the New Canaan Police Department.

Created in support of Jennifer Dulos, a local mom of five that’s been missing since May 24 and is presumed deceased, the anonymously painted rocks have been placed at public buildings such as Town Hall and the New Canaan Police Department. They are not collectors’ items, the note said. On Sept. 27, which would have been Dulos’s 51st birthday, a statement issued on behalf of her family said, “The heartbreak goes on even as time moves forward.”

New Canaan Police at 5:31 p.m. Wednesday cited a 30-year-old Naugatuck man for possession of less than .5 ounces of marijuana after stopping him while driving on South Avenue without a seatbelt.

A Superior Court judge on Monday granted the town its motion to transfer the New Canaan Field Club’s appeal of its most recent tax assessment to the New Britain judicial district. The town in July denied the Field Club’s claim that its valuation was “grossly excessive, disproportionate and unlawful.” 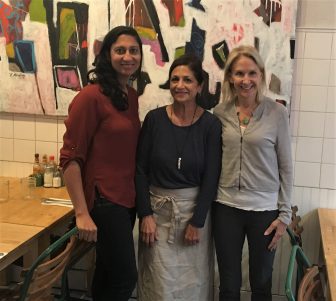 Future 5 held a drawing at the July sidewalk sale and New Canaan resident Shirin Bahn was the winner of a $100 gift certificate to Rosie donated by owner Rose Nammack in support of Future 5, which helps under resourced high school students in Stamford reach their full potential by connecting them to coaches, college, community and careers. 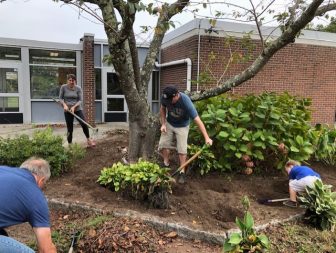 On Monday, the BEES of East School (Beautification of East Elementary School), led by Jenny Altieri, Elena Case and Debbie Ely, joined forces with New Canaan Beautification League under Rob Carpenter and Faith Kerchoff, and New Canaan Public Works Director Tiger Mann’s team to improve the exterior gardens around East School. The League identified numerous hazardous vines, dead trees, bushes that attract ticks and invasive species of bushes that needed removal for the safety of the students and the environment. Principal Kris Woleck, PTC and the town volunteered their services.

Here are some fast-approaching events to put in your calendar: 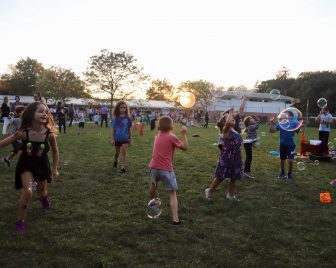 West School families on Sept. 20 celebrated the return to school at the PTC-sponsored Fall Family Fun Night. A favorite among members of the West community, the annual event sees parents and students catch up with friends, picnic with great eats from a choice of food trucks, dance to beats by DJ Stella, enjoy a bubble show and more, organizers say.

Finally, starting Oct. 23, the New Canaan Community Emergency Response Team or ‘CERT’ Disaster Training course will begin. The disaster preparedness program consists of six sessions offered, at no charge, in New Canaan for residents and those working in town. Course locations are to be determined, Pre-registration is required. To enroll please go to the CERT website at www.newcanaancert.org. If you have any questions please contact certleader@newcanaancert.org.