The two hopeful purchasers of Vine Cottage have proposed returning the antique Main Street building to a residential use—one as-is and the other as part of a “mini-development” that would bump out the back of the structure, First Selectman Kevin Moynihan said during a press briefing Thursday in his Town Hall office. The second proposal included an assumption that the town would retain its parking out back of the former Red Cross building next door—an offer the town has pushed back on because it doesn’t need that parking and because the concession would “part of the equation in valuation” of a property transfer, Moynihan said. It likely will be “many months” before anything is done, he said. 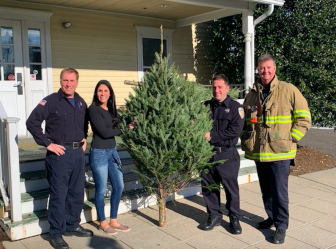 The New Canaan Career Firefighters Local 3224 purchased Christmas trees to donate to the New Canaan Human Services Department for families in need of a tree for the holiday season.

Green & Tonic on Burtis Avenue aced its Dec. 12 inspection from the New Canaan Health Department, scoring a total of 94 points out of a possible 100, with zero “risk factor” violations. Greens on the Go, part of Pine Street Concessions scored 95 points during a Dec. 9 inspection, records show.

A reminder that Deck the Walls is running Dec. 1 to 14 at Carriage Barn Arts Center.

The U.S. Department of Justice released a lien on a Bank Street condominium that had been in place for more than 12 years, as part of an approximately $3.2 billion judgment, according to a Certificate of Release of Lien filed Dec. 10 in the Town Clerk’s office. 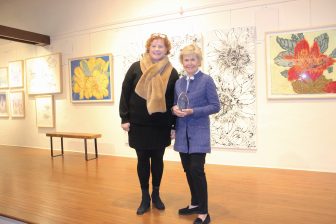 New Canaan Country School on Dec. 5 field a building permit application with the town for a 789-square-foot wood-framed structure that is to be used as a pool house at its Frogtown Road campus. It will cost about $250,000 to construct, the application said. The private school is filing for a separate permit for the planned 1,875-square-foot pool. Newtown-based Claris Construction is the architect and contractor on the job, the application said. 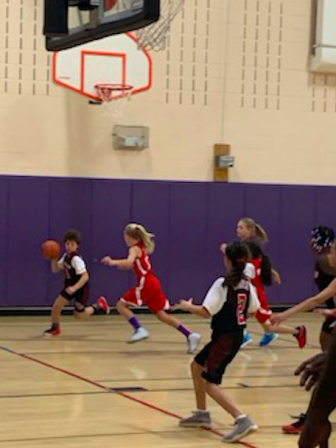 Here’s some exciting news from Emily Merritt about the New Canaan Chargers 5th grade girls Basketball Travel team: “Saturday, Dec. 7—In the season opener, the NC Chargers (5th Grade Girls) came back from an 8 point deficit to defeat Monroe, 25-23, on a buzzer beater from Macyn Callahan. Sunday, Dec. 8—In their second game of the season, the NC Chargers took an early lead against Avon, and kept rolling until the finish, with a final score of 35 to 6. NC has won both of their first two games, and will hopefully keep steaming ahead next weekend.”

We also heard from Denise Luccarelli that the New Canaan Basketball Association 7 Girls Red edged out the Naugatuck Nighthawks, 19-18, during a season-opener Dec. 7: “On offense, Lauren Livesay scored 11 of the team’s points, including the winning point in a free throw.  Other points on the board were scored by Riley Fortmann, Dianna Luccarelli, Jacqueline Mulle, and Julia Michelini. Strong defensive play and key assists by Sammie Plosker, Jane Shumway, Georgi Owsley, Katie Casey, Kira Morton and Olivia Michelini kept the ball in play. New Canaan sealed the victory with a final blocked shot that resulted in their possession in this nail-biter! It was a great team effort!” 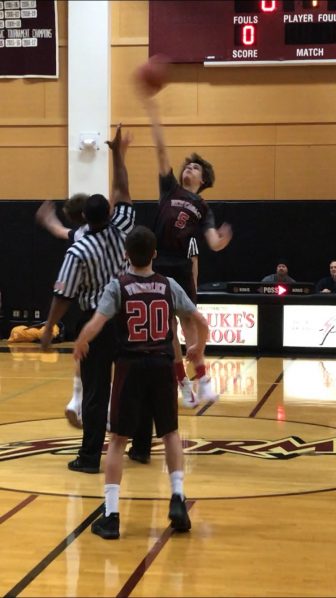 Finally, congratulations to the New Canaan Basketball Association’s 7th Grade Boys Black Team on a recent win, as Kimberly Norton reports here: “New Canaan 7th Grade Boys Black Team claimed another victory in their opening game weekend against Westport PAL White 7B leading the score every quarter with grit, skill and teamwork. Chris O’Connor started the scoring with a 3 pointer followed by two quick layups. Westport put up a fight in the 2nd quarter narrowing the spread to 6 points. Graham Butler answered with rebounding 10 points and finished the game with a total of 20. Chris O’Connor (12), Harry Mayock (5), Preston Hanrattie (4), Simon Tchakarov (4) and Luke Robinson, Carter Heagle , along with James Tower contributed key baskets for the win.”