The owner of an East Hills Drive duplex on Monday moved to evict the tenants of one unit in the dwelling. According to a complaint filed in state Superior Court on behalf of the owner 9 East Hills Drive by Norwalk-based attorney Abram Heisler, the tenants haven’t paid $1,775 monthly rent since October. They were notified to vacate the premises March 17 and haven’t done so, according to the complaint. 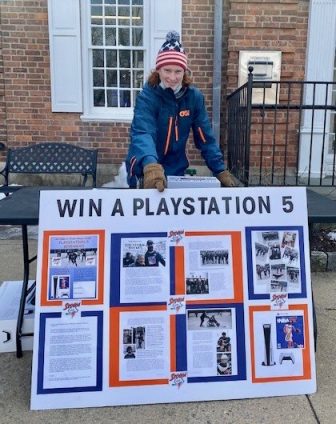 New Canaan’s Vaughn Slatoff, a mentor with Southern Connecticut Storm Special Hockey—an organization that serves kids from age four to young adult with developmental disabilities—broke his collarbone recently, meaning he couldn’t work with the players on the ice. So on his own, Slatoff organized a fundraiser for Storm, donating a new Sony PlayStation 5 as a prize and raising more than $20,000 to help defer program costs for Storm players and their families.

The Board of Selectmen on Tuesday voted 3-0 to appoint Drew Magratten to the Parking Commission for a term ending Dec. 1, 2022. He’s filling the remainder of the term of Chris Hering, who now sits on the Planning & Zoning Commission.

The average daily rate of COVID-19 cases in New Canaan per 100,000 population is at 31.5 for the most recent period, according to new data from the state Department of Public Health, compared to 29.1 for Wilton and 30.6 for Ridgefield.

A car key found at about 2:21 p.m. on April 4 at Irwin Park has been placed into property management at the New Canaan Police Department. 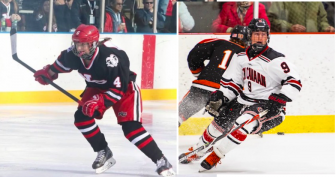 Congratulations to four Rams named “Athletes of the Week” by the New Canaan High School Athletic Department at the close of the winter sports season (sponsors for the honor include Walter Stewart’s Market). Here are their citations:

Some upcoming local events to mark on the calendar:

The town website now shows that Planning & Zoning has received more than 200 letters on New Canaan Library’s applications related to its rebuilding project. 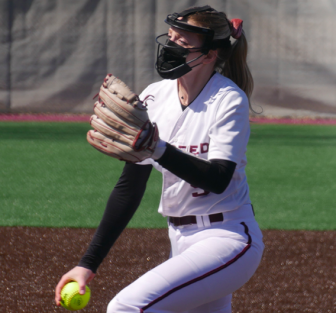 Congratulations to 2018 NCHS graduate Gillian Kane on being named to the New England Women’s and Men’s Athletic Conference Softball Weekly Honor Roll. She “helped power Springfield College to a sweep over Wheaton on Saturday as the Pride improved to 4-0 on the season,” according to a citation published on the Springfield College Pride website. “In the opener, Kane went 4-for-4 at the plate, including a double, to go along with a run scored and RBI while also earning the win in the circle as she tossed four innings of five-hit ball, striking out five and allowing two runs.  In the second game of the twin bill, the Physical Education/Health Education major went 2-for-3 and scored three runs.” (Gillian is my niece.) 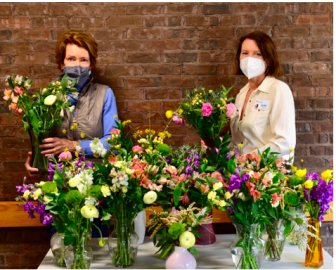 Ellen McMahon, Co-Chair of Horticultural Therapy for the New Canaan Garden Club, recently provided over a dozen Easter arrangements designed by club members to Stella Clarke, Executive Director of Community Engagement and Volunteering at Waveny Lifecare Network. It’s the first time in more than a year that flowers have been allowed in the Waveny community due to COVID-19 restrictions.  he spring bouquets will be on display in the dining rooms and common areas.

Finally, the selectmen this week approved a $4,500 contract with City Carting for recycling services.