Police are investigating a report of vandalism at Waveny House that came in at 8:18 a.m. on April 11. Six exterior patio lights on the rear patio were reported damaged, police said.

Gov. Ned Lamont on Monday announced that as of May 1, bars that do not serve food can open for service on an outdoor-only basis, that the 8-person per table limit will be lifted for outdoors only and that the curfew for restaurants, entertainment venues, recreation venues and theaters will be moved back one hour to midnight. Also, effective May 19, if the state continues to see low infection and high vaccination rates, all remaining business restrictions will be lifted, Lamont said.

The town on April 16 issued a demolition permit for 955 Ponus Ridge.

Police at about 9:44 a.m. on April 17 received a report of a motorist passing a school bus, stopped with its stop sign extended, at Main Street and Millport Avenue.

The municipal Pension Committee during its Jan. 20 meeting came out of executive session to approve a new disability pension for John Aniello, according to meeting minutes. The New Canaan firefighter last year sued the town claiming that higher-ups for years ignored abuse by a superior. Aniello’s employment with the town ended Jan. 31, officials have said.

New Canaan Library, LiveGirl and Stand Together Against Racism or “S.T.A.R.” this week announced the they’re hosting a monthly, virtual Social Justice Book Group for grades 5-8. The group meet on the second Thursday of each month, beginning at 7 p.m. on May 13 to discuss “A Good Kind of Trouble” by Lisa Moore Ramée. Leaders from LiveGirl, S.T.A.R. and New Canaan Library will be on hand to guide the book discussions. Register at newcanaanlibrary.org—Zoom sign in info will be provided upon registration.

The Board of Selectmen during its regular meeting Tuesday approved a $2,700 contract with Alladin Services to paint and clean the patio and railings at Lapham Community Center and $4,220 with STANLEY to for the repair and maintenance of doors at Lapham. 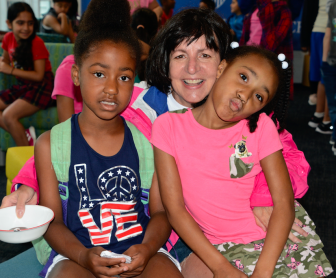 Horizons National on April 15 named Nancy von Euler, executive director of Horizons at New Canaan Country School, as one of three winners of the annual Horizons Leadership Award. The award honors a Horizons Executive Director or Site Director who contributes both on a local and national level, embodying the spirit of Horizons.

Finally, for the most recent reporting period, the average daily COVID-19 case rate for New Canaan per 100,00 population is 23.7, compared to 22.5 for Wilton, 20.3 for Ridgefield and 18.5 for Westport, according to new data from the Connecticut Department of Public Health.