Police at about 3:25 p.m. on June 3 received a report of two flower pots stolen from lampposts in front of 112 Main St. 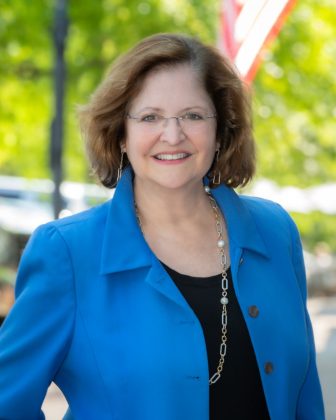 The New Canaan Democratic Town Committee announced that Kathleen Corbet will run this November for her seat on the Board of Selectmen. “Kathleen has been serving our town adeptly and steadfastly with a close eye on the budget as selectman for the past ten months while steering Waveny LifeCare through the public health crisis,” DTC Chair Lisa Hannich said in an email. “We’ve also benefited from years of her service in many other capacities with grace, balance, knowledge, and transparency. We are enthusiastic to see her continue in this role and we believe New Canaan is very well-served by Kathleen. We are so lucky to have her.”

The town on May 19 received an application to demolish the 1790-built single-family home at 274 Country Club Road.

This week’s “Neal’s Craft Featured Beer Pick” from Stewart’s Wine & Spirits is Mikkeller ‘Mt Akina’ Rice Lager out of San Diego, a “crushable lager” that’s “reminiscent of Sapporo” and has sold out on the West Coast, according to the Elm Street shop:

Waveny LifeCare Network from 10 a.m. to 2 p.m. on Friday, June 18 will host an in-person, drive through “CarFit” event at The Inn (73 Oenoke Ridge). Sign up for an inspection of your vehicle by trained CarFit professionals who will take registrants through the 12-point checklist, recommending minor adjustments that help make cars “fit” better for optimal comfort and safety. Appointments are required, please email events@Waveny.org. More info here. 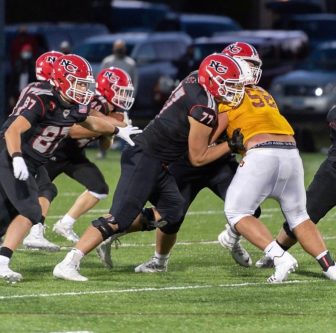 Soon-to-be 2021 NCHS grad David Siegel has been receiving an impressive amount of Division 1 football attention this past year. UMass, Old Dominion, Louisville, Georgia Tech, Vanderbilt, Colorado State and Duke have all made offers to the 6’6”, 280-lb. Offensive Lineman, who also made a recent visit to Michigan State. With more potential NCAA offers coming, Siegel will be taking a PG year at The Hun School in Princeton, N.J. before making his official decision.

Police at about 1:36 a.m. on June 5 cited a 37-year-old Norwalk man for possession of marijuana after finding him in Mead Park after hours. At 11:58 p.m. on June 6, an 18-year-old New Canaan man was cited for possessions of drug paraphernalia after police received a call about two suspicious vehicles parked on a cul-de-sac on Middle Ridge Road.

“It’s A Good Time to Review Your Estate Plan” is the lead article in this newsletter from Rucci Law Group.

The town on Tuesday received an application to demolish the 1930-built Colonial at 96 Woods End Road. 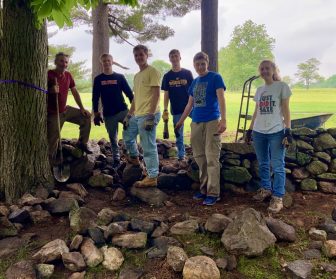 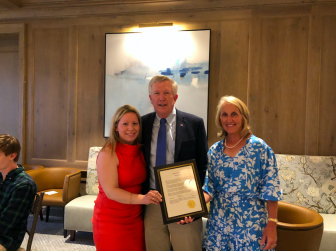 New Canaan Youth Field Hockey registration for grades 5-8 is open through July 15. Register by June 15th for an Early Bird Discount on the organization’s website.

Finally, we received this write-up on NCHS girls tennis from Janet Mentore Lee: 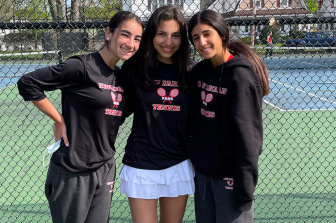 “This year, through coach nominations and the Connecticut State Girls Tennis Committee, three tennis players from the New Canaan High School Girls Tennis Team will compete in the 2021 Connecticut State Invitational. The invitees include 24 singles and 12 doubles teams from across the state of Connecticut. According to the CIAC website, ‘criteria for the process included overall record, significant wins, head to head competition, strength of schedule, league representation, class size of school and seniority.’ The tournament will take place at Wesleyan University and will begin on Saturday June 5th and conclude on Wednesday June 9th.

“Under the direction of Coach Catherine Walker, the NCHS Girls Tennis Team has had a successful tennis season with a record of 13-2 in the regular season. The team ranked #3 in the FCIAC and they made it to the CIAC state semi-finals.”