A 48-year-old man was arrested by warrant Friday in connection with the robbery at gunpoint last fall of the People’s Bank on Main Street, as well as three other robberies in Fairfield and Stratford. 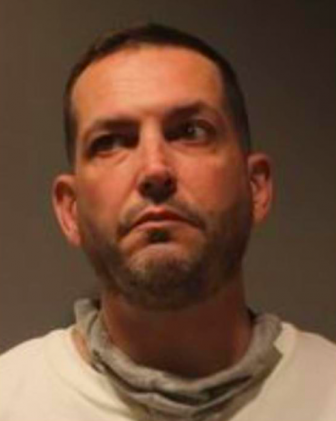 The warrant followed a joint investigation that included the New Canaan, Fairfield and Stratford Police Departments, officials said. The Stamford and Bridgeport state’s attorneys offices decided to present all charges in one warrant.

Currier, who has a long history of robbery (see below), already was incarcerated at the time the warrant was served.

Currier had been living on East Maple Street in New Canaan at the time of the Oct. 20 robbery, according to police. The getaway car used in the robbery had been parked on East Maple immediately after the crime, police said (and found torched the following morning on a nearby residential street).

Currier is one of two suspects who displayed one handgun during the daytime robbery, taking nearly $9,000 in cash, police said. No employees of the Main Street bank were injured during the robbery, which occurred at about 3:58 p.m. on a Wednesday.

It wasn’t immediately clear whether police have already identified or apprehended the second suspect, or when authorities expect to bring charges against that person.