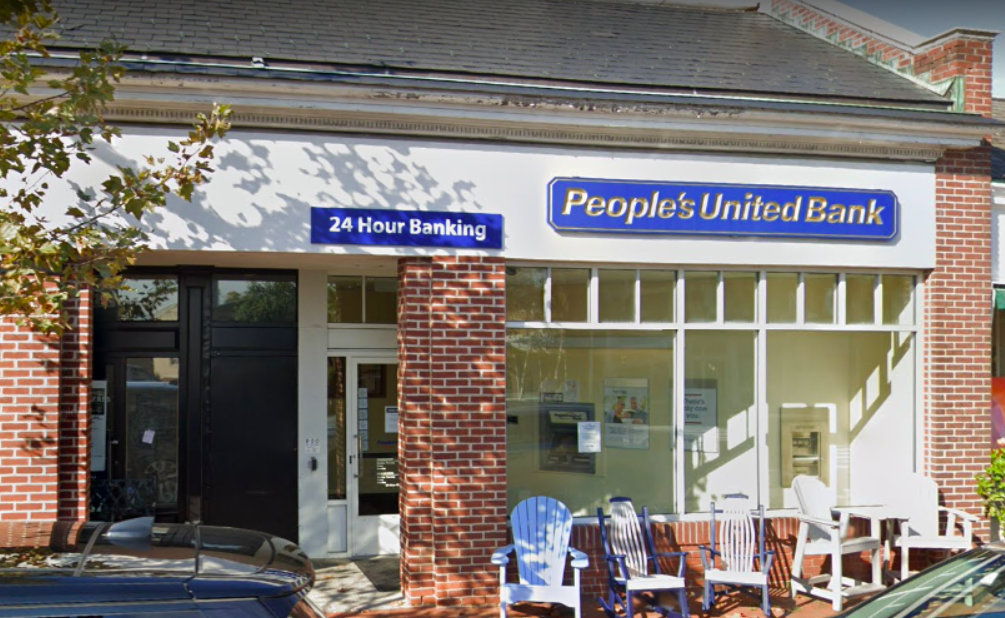 People's Bank was located at 95 Main St. in New Canaan.

No employees of the Main Street bank were injured during the robbery, according to a press release issued by New Canaan Police Lt. Jason Ferraro, the department’s public information officer.

A 9-1-1 call came in from employees inside the bank at about 3:58 p.m., reporting that an armed robbery had just occurred inside, Ferraro said.

“It appears from video surveillance that the two suspects fled in an early- to mid- 2000s red two-door Chevrolet Monte Carlo missing a right front hubcap,” the press release said.

“The New Canaan Police Investigative Section along with multiple local and Federal agencies are investigating this robbery,” it said.

Downtown New Canaan businesses have been robbed in recent years—including a November 2013 jewelry store smash-and-grab on Elm Street (suspects arrested) and thefts from Ralph Lauren on Elm last fall (also arrested)—though guns were not used by the perpetrators in those instances. Following the jewelry store robbery, due largely to fears among business owners, the Police Department designated a patrolman as “Community Impact Officer,” assigned to the downtown. The role has been eliminated periodically due to staffing needs and budget constraints and currently is not active.

Located at 95 Main St., the bank is located in part of a building that used to house Grand Central Market.

Anyone with information related to this incident or with video surveillance that captures the area of 95 Main Street should contact Detective Sgt. Scott Romano at 203-594-3523.

[Note: This article has been updated with additional details from New Canaan Police.]