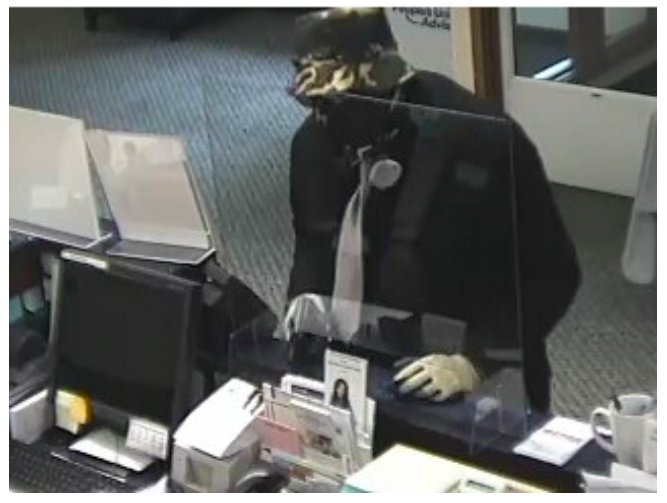 Surveillance video of a robber in the People's Bank in New Canaan on Oct. 28, 2020. Image courtesy of the New Canaan Police Department

Police on Thursday morning recovered the vehicle used the day before by two suspects in an armed robbery of People’s Bank downtown, officials say. It was recovered in New Canaan, according to police. Authorities have described the vehicle as a red two-door Chevrolet Monte Carlo. 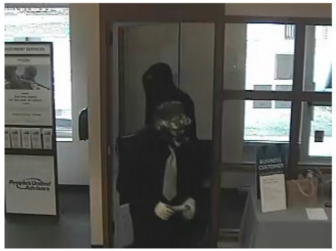 Surveillance video of the robbers entering the People’s Bank in New Canaan on Oct. 28, 2020. Image courtesy of the New Canaan Police Department

The pair made off with nearly $9,000 in cash, according to police.

No one was injured.

An employee of the Main Street bank phoned 9-1-1 to report the robbery at about 3:58 p.m., jus after it happened, according to Police Lt. Jason Ferraro, public information officer of the New Canaan Police Department. 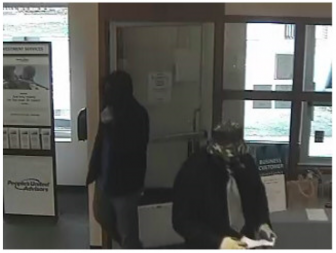 Surveillance video of the robbers entering the People’s Bank in New Canaan on Oct. 28, 2020. Image courtesy of the New Canaan Police Department

“The New Canaan Police Investigative Section along with multiple local and Federal agencies are investigating this robbery,” Ferraro said in a press release. “ A reward is being offered for information which leads to the arrest of the suspects through the Connecticut Bankers Reward Association.”

Police released images of the suspects, who wore masks as well as a hat and hoodie-type sweatshirt.

A handgun was displayed during the robbery, Ferraro said.

Anyone with information should contact Detective Sgt. Scott Romano at 203-594-3523.