Spotted in New Canaan last month, the black bear known as “211” for the state tags attached to his ears, was euthanized after being struck by a car in Easton.

Police are investigating a vandalism complaint from 3:07 p.m. on July 21, when a vehicle parked at a Summer Street residence had eggs and mustard thrown onto it. 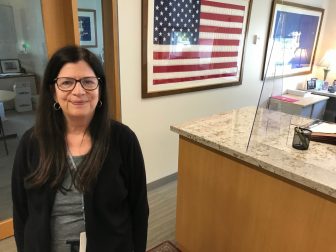 One of Town Hall’s friendliest workers, Assistant Town Clerk Ellen Petersen, is set to retire at month’s end. “I’ve certainly enjoyed my time working here and I am also very happy to have more time and flexibility in my life now that I have reached my 70s,” Peterson told NewCanaanite.com Wednesday. She will work part-time in the office in the future.

Congratulations to swimmer Kate Douglass, granddaughter of New Canaan’s Ed Vollmer, on earning a bronze medal in the 200 Individual Medley this week at the U.S. Olympics in Tokyo.

Police at 5:59 p.m. on July 20 received a report of mail stolen from mailbox on Logan Road. 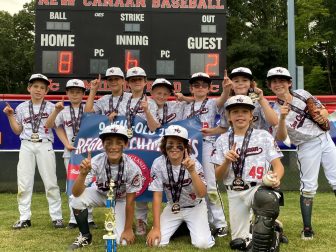 Congratulations to the New Canaan Cal Ripken 9U All Stars, who last week won the New England Regional at Mead Park.

Motor vehicle accidents with property damage were up 74% year-over-year through June, from 97 to 169, according to data shared Monday at a Police Commission meeting. Traffic complaints are up 55% in the same period.

Caitlin Esse, a 2019 New Canaan High School graduate who rows at the University of Michigan, won a silver medal in the women’s pair at the World Rowing 2021 Championship in Prague this month.

Newcomers Club President Karlie Reitano said 169 families joined the organization in the fiscal year ended June 30— a 60% increase from the prior year. The club’s first vice president is Jane Crawford and its treasurer is Anna Satzinger. 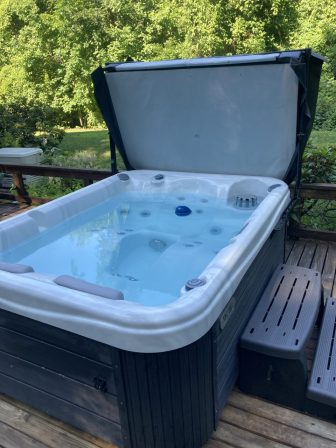 New Canaan’s Angela Kelleher  is selling a Wellis hot tub for $4,500. It’s an Orion model, grey-silver in color, with steps and a cover and cover lifter. She can be reached at franang52@hotmail.com.

Grace Farms will reopen to the public Sept 8.

This is the Summer Theatre of New Canaan’s final week of performances in Waveny for its summer season.