Two petitioners’ pages turned in to the Town Clerk’s office Monday as part of a failed effort to force a referendum vote on the town’s $10 million contribution to New Canaan Library for a rebuilding project were not accepted because they weren’t notarized, according to notes on the documents. One of the pages had seven names, the other eight names. In all, town officials verified 528 signatures on the petition, short of the 689 needed to force a referendum. 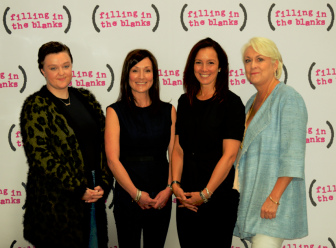 New Canaan’s Bankwell has made another generous donation to Filling in the Blanks, a local nonprofit organization launched in 2013 by town residents Shawnee Knight and Tina Kramer. Known as “FITB,” it provides year-round weekend meals to children in need who participate in their school’s free or reduced lunch program. Since its inception, FITB has delivered more than 1 million me. “We are proud to stand side-by-side with FITB as they combat childhood hunger right in our backyard,” Bankwell Chief Operating Officer Laura Waitz said in a statement. “We are dedicated to this important initiative and applaud Filling in the Blanks for making such a difference in the lives of children.” 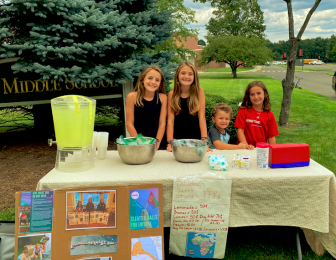 New Canaan’s Schlafman kids raised enough money this summer through their “sweet stands” to ship four boxes of new and used soccer cleats, balls and other equipment to Asmara, Eritrea. Youths in the African nation often play the sport barefoot or in sandals. Haley, Riley and Lily Schlafman (with little brother Jack) marketed the need to the local soccer community and will continue collecting cleats and balls throughout the year with a box outside their home.

Police opened a vandalism investigation into a mailbox on Carter Street that was reported damaged at about 10:50 a.m. Sunday.

A cat found in the area of 105 East Ave. just after 2 p.m. Sunday was impounded by police overnight and returned to its owner the following day.

Congratulations to Andrew Burnap on winning the best actor award for his role in “The Inheritance” at the 74th Annual Tony Awards held Sept. 26 at the Winter Garden Theatre in New York City. Burnap’s father grew up in New Canaan and his aunt, Susan Boston, lives here.

New Canaan Police will conduct a distracted driving enforcement campaign Oct. 15 to 31, under a state Department of Transportation initiative. Officers will be on patrol in marked and unmarked vehicles during the targeted enforcement.

During Tuesday’s Board of Selectmen meeting, the town approved the Department of Public Works’ request to purchase of a $20,000 Tiger Mower from a West Springfield, Mass.-based supplier. While presenting the item to the Board, Public Works Director Tiger Mann said, “I wish this one had a different name.”

Town resident Cathy Kangas, of PRAI Beauty, a cruelty-free, targeted skincare company, said she was “thrilled” that her “Ageless Throat & Decolletage Creme” is being sold now at New Canaan Pharmacy. It’s a “great local shop that offers the finest skincare and beauty brands out there,” she said in a statement.

New Canaan’s Keith Simpson had a letter published in the Wall Street Journal. 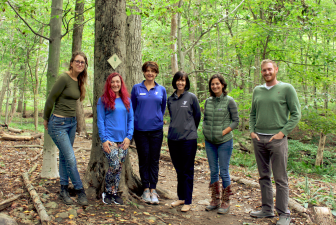 The New Canaan YMCA and New Canaan Land Trust are launching a new “Trail Mix Series” on Oct. 19 in the Watson-Symington Preserve. It’s free and open to the community. In it, the Y’s Kristin Schnitzler will lead participants through some light stretching, a 30- to 40-minute guided walk along the trails, sharing nutrition tips, recipes and samples of homemade trail mix. Details here.

The New Canaan Building Department on Sept. 30 issued a permit for $175,000 of work to be done at 105 Elm St., preparing the site for the new location of Dunkin Donuts.

An estimated 400 New Canaan dogs remain unlicensed, according to updated information from the Animal Control section of the New Canaan Police Department. Under state law, dogs must be registered and licensed in the town where they reside.

New Canaan Rotary Club’s 36th annual LobsterFest will be held Oct. 15 and 16. Those interested in purchasing a ticket for lobster, salmon or chicken dinners can find information here. Patrons can sign up for curbside pickup at Waveny Pool or reserve a table poolside.

Car keys found in Waveny at 1:13 p.m. Tuesday have been placed into property management at the Police Department. So have iPhones found on Charter Oak Drive (at 10:30 a.m. Sunday) and South Avenue (12:15 p.m. Sunday)

The first several minutes of Tuesday’s Board of Selectmen meeting could not be heard by those watching a livestream because someone forgot to unmute the selectmen on Zoom.

Finally, Staying Put in New Canaan is launching its 15th Annual Campaign this week. The member-based, volunteer-supported nonprofit organization helps older adults live independently in their homes. “Staying Put does not receive town funding and membership dues cover less than 20% of operating expenses,” Executive Director Barb Achenbaum said in a statement. “We are dependent upon the generosity of our community to keep our doors open and our seniors safe.” (Donations can be made at www.stayingputnc.org or by sending checks to Staying Put in New Canaan, PO Box 484, New Canaan CT 06840.)