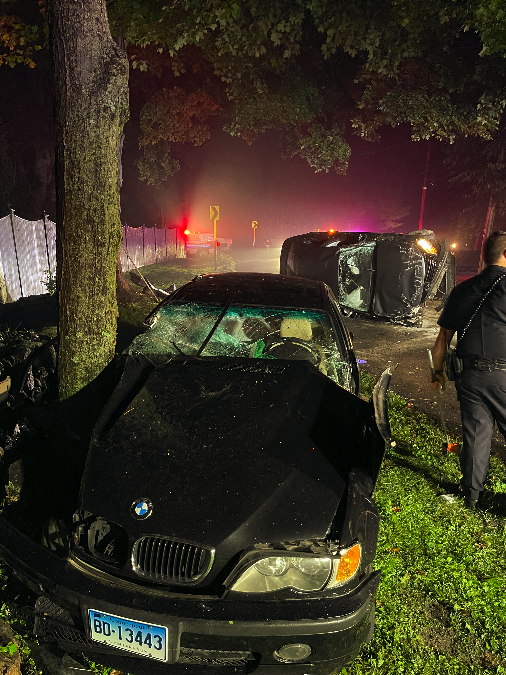 Police on Thursday arrested two New Canaan teens by warrant in connection with car crashes that occurred within minutes of each other on Old Stamford Road last month. 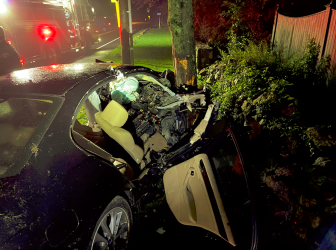 The 17-year-old male drivers of a BMW and Volkswagen that that crashed shortly after 9 p.m. on Sept. 5 each were charged with reckless driving, violating passenger restrictions for drivers who are 16 or 17 years old, first-degree reckless endangerment and passing in a no passing zone.

In addition, the driver of the BMW was charged with risk of injury to a minor, a felony-level offense. The front-seat juvenile passenger of the vehicle suffered a significant leg injury and had to be extricated from the car by firefighters, according to police.

The BMW had been traveling southbound on Old Stamford Road when it traveled off the roadway at the curve near Bristow Bird Sanctuary, striking two trees on the other side of the road, police said. Two juvenile passengers in the vehicle were transported to the emergency room at Norwalk Hospital, police said.

Several minutes later, the Volkswagen driver appeared to lose control of his vehicle as it approached the area of the first crash, and ended up striking a tree and coming to rest on its side, police said. No occupants from that car were sent to the hospital, police said.

Each of the teens was released on $20,000 bond and scheduled to appear Oct. 19 in state Superior Court.

Police withheld the teens’ names because of their ages.