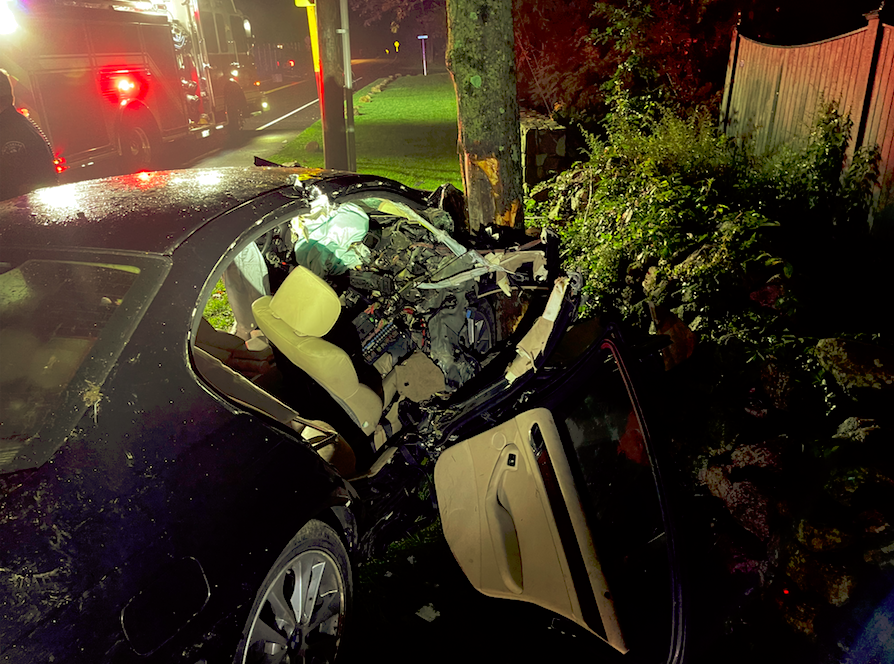 Police, fire and EMTs responded late Sunday to two car crashes that occurred within minutes of each other in the same area of Old Stamford Road, both involving New Canaan males under 17 years old.

The front-seat passenger of a BMW with three teens inside that crashed around 8:35 p.m. suffered a significant leg injury and had to be extricated from the vehicle, according to police. 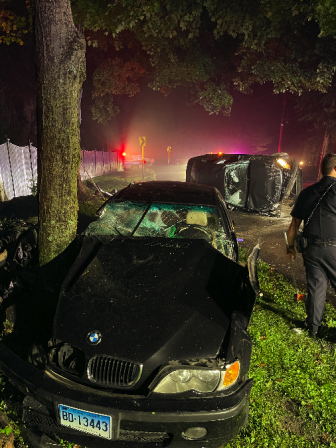 The BMW had been traveling southbound in the area of 93 Old Stamford Road when it traveled off of the roadway and struck two trees, police said.

The passenger with the leg injury had to be extricated by the New Canaan Fire Department, police said.

Several minutes after that crash, a Volkswagen with two teens inside crashed in the same area, according to police.

The driver appeared to lose control of the car as it traveled southbound on Old Stamford Road, striking a tree and ending up on its side, police said. Neither of the individuals in that crash had to be transported to the hospital, police said.

The crashes are both under investigation and as of Monday morning no charges had been brought in either incident, police said.