Police at 3:18 p.m. Monday received a report of a bicycle stole from the side of a home on Rocky Brook Road. 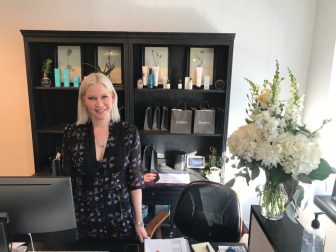 Element Aesthetics has opened in New Canaan, and is offering 10% off to New Canaanite readers, mention code ‘New Canaanite.’ Here’s a Q&A with owner Merry Thornton.

The Connecticut Mirror reported Monday that Gov. Ned Lamont is withdrawing the nomination of Alina Marquez Reynolds as a Superior Court judge following questions about whether she had practiced law without a license. “At issue is whether she was tardy in obtaining a necessary credential after leaving the U.S. attorney’s office to become the general counsel of Grace Farms Foundation in New Canaan in 2019,” the Mirror reports.

The ABC House of New Canaan‘s Spring Luncheon will be held May 4 at the Country Club of New Canaan—details here.

Congratulations to 1992 New Canaan High School graduate Kate Janis Verlaan on launching her new company, Oz Frontdoor. Piloted now in Denver, the business picks ups and delivers single-use containers for household items such as laundry detergent, cleaners and lotion, refilling them and dropping full containers back off at residences. We hope Katie J brings the service to her hometown after it takes off in Colorado. 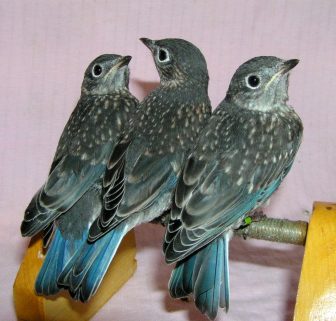 The three bluebirds. Photo courtesy of Dara Reid at Wildlife In Crisis

Donor-supported Wildlife in Crisis will release four birds in Bristow Park at 3 p.m. Saturday by the pond near the Old Stamford Road entrance. The three bluebirds and catbird were brought in as orphaned babies last summer. They overwintered in one of the flight cages and are now ready for release. The Conservation Commission invites all to view the bird release and visit Bristow Park, now under restoration.

Police at 10:44 a.m. Monday received a report of Park Street resident who fell victim to an online scam, sending money to a fraudulent account. The matter is under investigation.

The New Canaan Mounted Troop’s “Breeches & Bowties” Spring Gala is to be held 6:30 to 10 p.m. on Friday, May 20 at Wee Burn Beach Club in Rowayton: Cocktail attire; dinner, dancing and auction and music by Band Central. More info here.

Police received a report at 9:24 a.m. on April 22 of a motorist passing a stopped school bus in the area of 182 Weed St. 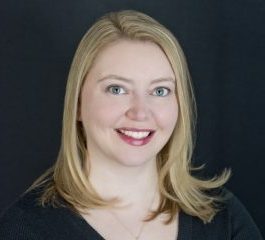 Congratulations to Kathryn E. Diehm of Rucci Law Group for being included as a Rising Star for the sixth year in a row in Connecticut Super Lawyers Magazine. Here’s a recent bulletin from the law firm, which has offices in New Canaan and Darien.

The organizers of May Fair, scheduled for May 6 and 7, are calling for volunteers to help run the beloved community event on the St. Mark’s green—a fundraiser for charitable causes. Get info and sign up here.

New Canaan Police at about 7:47 p.m. Sunday arrested a 47-year-old Bridgeport woman and charged her with second-degree failure to appear. She was stopped on Main Street by an officer who was aware that a paperless re-arrest warrant had been issued, according to a police report. According to Connecticut Judicial Branch records, she has been arrested by Shelton Police in October 2018 and charged with sixth-degree larceny as well as motor vehicle-related offenses. 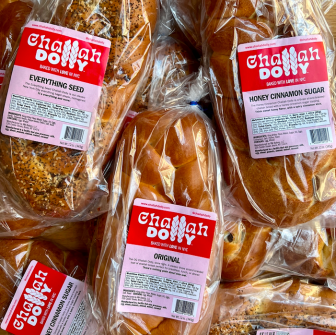 Challah Dolly goods will be out for samples/demo Walter Stewart’s Market on Friday.

The New Canaan Housing Authority on Wednesday filed eviction papers in state Superior Court regarding a tenant that failed to pay rent from November through February, according to a complaint filed by attorney Robert Chesson of Milford-based Chesson & Schweickert LLC. 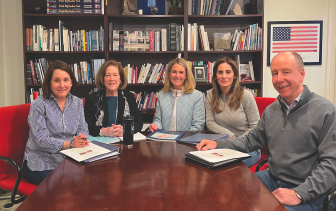 New Canaan-based Voices Center for Resilience on Monday announced the launch of the Parents Helping Parents Support Group. Established by a group of New Canaan parents who have experienced the loss of a child, the support group will hold an introductory meeting at 9:30 a.m. on May 25. “Parents Helping Parents offers an opportunity for group members to provide encouragement and comfort, talk openly about personal experiences, and discuss topics relevant to grief and loss,” a press release said. “By providing information and helpful resources, participants explore ways to grow in their personal journeys and use their own experiences to help one another.” Founding members include Jacqueline Griffiths, Paul Reinhardt, Elena Schlegel, Mary Staples and Mary Fetchet. (Those interested can contact a founding member, or call VOICES Center at 203-966-3911, or visit www.voicescenter.org.)

Youth of First Presbyterian and St Marks with the groceries for the food pantry. Contributed

The youth of First Presbyterian Church of New Canaan and St. Mark’s Episcopal Church this month combined their efforts to bring bags and bags of collected grocery items to the New Canaan Food Pantry. 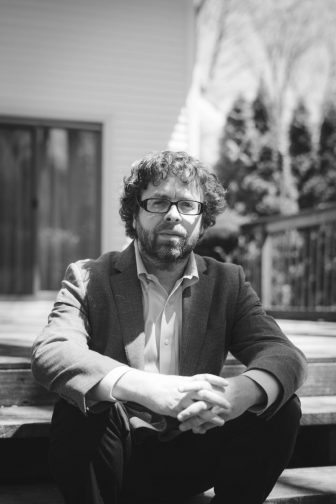 Congratulations to 1997 NCHS graduate Elon Green on earning the Edgar Award for Best Fact Crime from Mystery Writers of America for “Last Call: A True Story of Love, Lust, and Murder in Queer New York.”

Some local events worth booking: 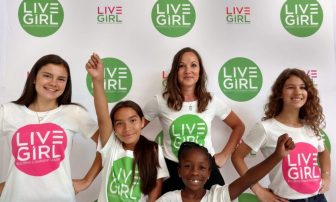 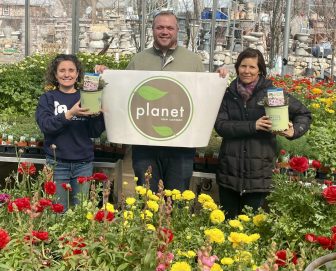 For every $75 worth of native perennials, shrubs and trees purchased at Copia Home and Garden through June, $10 worth of native plants will be donated to New Canaan Nature Center. Customers just need to mention ‘Planet New Canaan‘ when making their purchase to ensure credit. Help pollinators and birds in your own garden while also supporting NCNC. For more information, email info@planetnewcanaan.org.

Finally, New Canaan is participating in national “Drug Take Back Day” from 9 a.m. to 1 p.m. Saturday. Led locally by the New Canaan Police Department and New Canaan Coalition, the initiative seeks to prevent increased medication abuse and promote the proper disposal of medications. People are welcome to drop off potentially dangerous, expired, unused and unwanted prescription and over-the-counter medications and vapes to volunteers set up out front of The Playhouse on Elm Street.