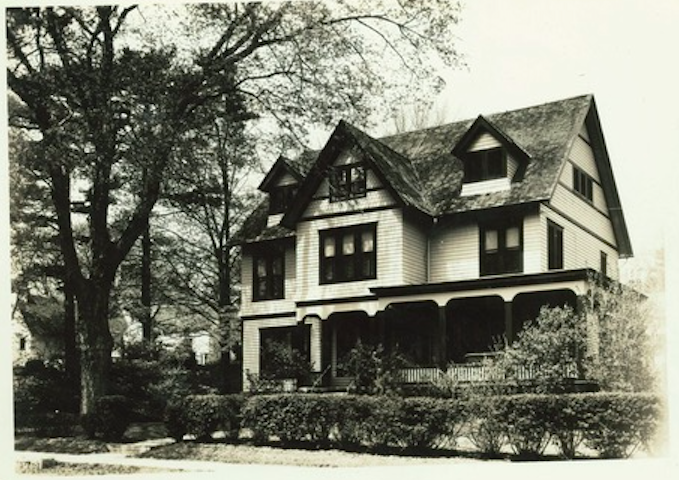 The first owner of the land on which 7 St. John Place would later be built was Dr. Samuel Benedict St. John. His great-grandfather was Brigadier-General Joseph Pearse Palmer, who was a participant in the Boston Tea Party and fought in the Revolutionary War.

Dr. St. John was a notable man; he was a graduate of Yale and later graduated from Columbia with a medical degree in 1870. He then traveled to various universities in Berlin, Vienna, Paris, and London to further his studies. St. John maintained a farm on this property and built his home here, which became the town’s first post office. During his time on the property, St. John Place was known as Prospect Street. The house burnt down, along with many of the oldest town and church records that were stored there. Ever exploring new subjects, at some point Dr. St. John built an observatory on his property in which he stored his books, gave lectures, and observed the celestial bodies. He sold his property in 1889, and was living in Hartford when he passed away suddenly in 1909. His body was returned to New Canaan and he was interred in Lakeview Cemetery. A few years later, in 1914, the street was renamed to St. John Place in memory of the doctor.

The second owner of the property and the man who built 7 St. John Place was Francis E. Weed. Francis Weed was a local who was born on his father’s farm. He joined the Union Army soon after the war started in 1861, and was part of Company B of the 13th Connecticut that was later put under the command of General William Tecumseh Sherman. Despite being captured and wounded, he served until 1865. When he returned to New Canaan, he had several odd jobs around town. In 1868, he bought a lumber mill and proceeded to go through three different partnerships. However, business seems to have been good enough for Weed to build 7 St. John Place around 1890. Finally, he found a suitable partner in George Duryea, and these two men founded Weed & Duryea in 1915, which still continues business today. Sadly, Weed passed away that same year in the house he built. 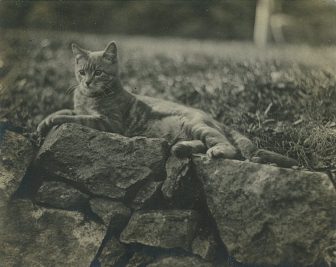 William Francis Weed inherited the house from his father. He and his wife, Lillian Offen, were active in town. William Weed stepped into his father’s place as a partner at Weed and Duryea. He also started his own photography business, taking pictures of people and documenting town events. It does not seem that it ever became his main source of income, but he did run ads constantly in the Advertiser.

The New Canaan Museum & Historical Society’s archives contain many of his photographs, including two partial albums of the 1901 parade that celebrated New Canaan’s 100th anniversary of its founding, a handful of portraits taken in his studio, and various pictures he took of the town. It seems that he converted the old observatory on the property into a studio, but sometime after 1925 he relocated to one of the offices in the Raymond Building on Main Street. Weed was also a founding member of the Museum back in 1889 at the age of 26. In 1910, Lillian held a meeting in the studio of the New Canaan branch of the National League of the Civic Education of Women. The National League was an organization founded by and made up of women who were against the idea that women should have the right to vote. Later, Lillian changed her mind and hosted a pro-suffrage meeting in her house in 1918 where a Miss Murray of Guilford gave a speech. In 1955 the Weeds sold the house and moved down to Miami.

The third owners of the house were Kenneth and Florence Preston. Kenneth was a real estate agent, who catered to the summer residents who used to flock to the area. The couple only lived in the house until 1959, when they sold it to the Congregational Church for $1. The church structurally reinforced, updated, and converted it into two separate living quarters for church staff. It became known as the Second Congregational House, but was dedicated in honor of senior Pastor Lidabell Pollard after her death in 2007.