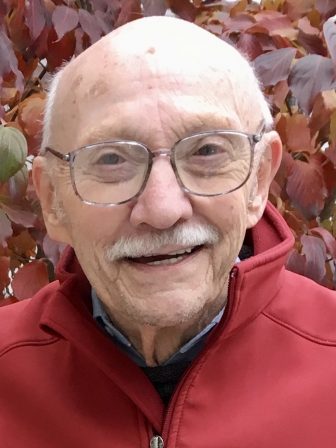 A native of Albany, NY, he was born April 24, 1933, to Dr. Harold Patrick and Dr. Beatrice (Belser) McGan. He graduated high school from Albany’s Vincentian Institute followed by Georgetown University. In 1956 he returned to his hometown to attend Albany Medical College where he was President of the medical fraternity Nu Sigma Nu.  Dr. McGan was born into a family of physicians. His mother, father, and uncle were all doctors, and he, in turn, became one himself. This was not simply to follow in his parents’ footsteps; this was the guiding light that truly defined him. His sole goal in life was to help other people.

In 1959, he married Barbara S. Potter, to whom he remained devoted for 61 years until her death in 2020.  Shortly after medical school, they relocated to Tacoma, Washington for several years while Dr. McGan was in the Army, stationed at Fort Lewis, and then finally settled in Shrewsbury, Massachusetts.  Dr. McGan owned a private practice for over 30 years after which he joined Fallon Clinic. Over the course of his 50 years as a practicing physician in the Shrewsbury area, he served as the Medical Director of St. Vincent Hospital and the director of several local nursing homes, as well as a longtime member of the Worcester Board of Health.

Dr. McGan was a dedicated “country doctor” adored by his colleagues and patients alike and known and respected throughout town. There wasn’t a local store or restaurant he could walk into without being greeted by a grateful patient. He attended St. Mary’s Church every Sunday, where, immediately after Mass, he could be found holding impromptu consults with his patients in the back pews. He continued to make house calls with his black medical bag in tow, long after the practice had gone out of fashion. Whenever asked what type of doctor he was, he would smile and respond, “A good one”. He loved being a doctor. He saw his role as not just a healer, but as a teacher, and took joy in mentoring younger doctors throughout his career.

Even after he retired as a physician, he continued in the medical profession as a consultant at Massachusetts Disability Determination Services, embarking on a new adventure in his early 70s. In this new role, he continued his life of service to others while entertaining a whole new group of people with his wit, wisdom, and charm, until finally retiring at the young age of 83. He spent his final years in New Canaan, CT, as an active resident at Waveny LifeCare, both at the Inn and the Village, where he sang with the Inn Notes and was affectionately referred to as Doc by the kind and caring staff and residents.

Dr. McGan was one in a million: a wonderful man, husband, father, grandfather, uncle, friend, and colleague. He was the King of Dad jokes, the creative designer of Halloween costumes, the elegant waltzer, the master of jigsaw puzzles, and the loudest cheerleader at his daughters’ and grandchildren’s sporting events. He was an accomplished saxophone player, with a beautiful singing voice who, at 89, still remembered fondly his years at Georgetown as a member of the band and the Collegians. He was a devoted Patriots and Red Sox fan and a devout Catholic who loved his family above all things.

He is preceded in death by his wife, parents, sister, Sheila (McGan) Fay, and brother, David McGan. He is mourned by his two daughters, Tracey McGan Hamill (Robert) of New Canaan, CT and Carrie McGan of Fairfax, VA, three grandchildren, Robert Hamill Jr. (Lauren), James Hamill (Elizabeth), and Katharine Hamill, six nieces, and countless friends. He will be interred in Paris, NY at St. Paul’s Church Cemetery alongside his wife, where her ancestors have been buried going back to the American Revolution. The family asks that in lieu of flowers, donations be made in his name to the Waveny LifeCare Network, 3 Farm Road, New Canaan, CT 06840.

Dr. McGan will be deeply missed by his family, friends, colleagues, and patients. He was a truly good man who led a truly good life. Well done.