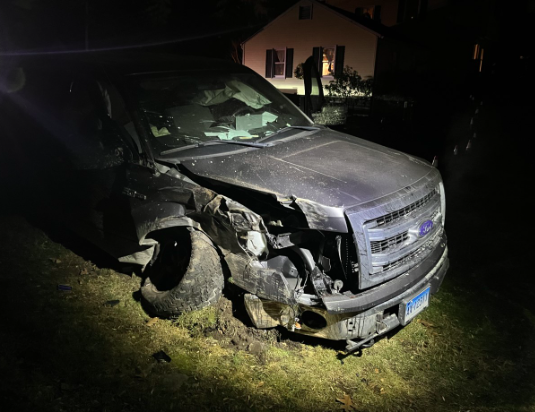 Crash scene on Old Stamford Road in New Canaan on Dec. 23, 2021. Photo published with permission from its owner

Police on Thursday night arrested a 37-year-old Danbury man and charged him with driving under the influence. 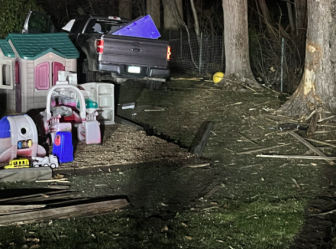 Crash scene on Old Stamford Road in New Canaan on Dec. 23, 2021. Photo published with permission from its owner

At about 9:43 p.m. on Dec. 23, officers were dispatched to the area of 87 Old Stamford Road on a report of a singe-car crash, police said.

The vehicle was said to have traveled off of the roadway after failing to negotiate the curve there, according to a police report.

Responding officers found signs of impairment in the driver, the report said. After administering field sobriety tests, police took him into custody and transported the man to headquarters on the misdemeanor charge, it said.

There, he provided a sample to establish his blood-alcohol level, which was at .19, nearly 2.5 times the legal limit of .08.

He additionally was cited for a motor vehicle violation, the report said.

Police released the man on $250 bond and scheduled him to appear Jan. 6 in state Superior Court.