Eleanor May Pierpont Suydam, 97, of New Canaan, CT, passed away peacefully at Norwalk Hospital in Norwalk, CT on Friday, August 21, 2020. 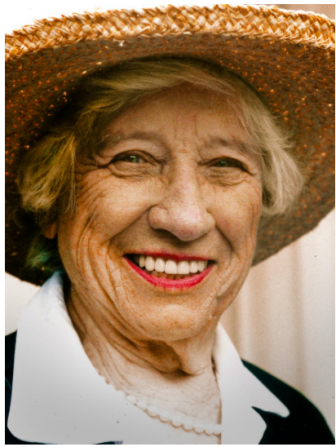 Beloved “Aunt Ellie” led a long and healthy life filled with family, friends, a tremendous professional career, and countless adventures. She is predeceased by her husband, John I. Suydam, and her brothers Wilfred E. Pierpont III, Richard R. Pierpont, and John B. Pierpont.

She is survived by her sister, Joan Carosielli, of Lancaster, PA, and by an entire family tree of over 30 nieces, nephews, grand nieces, grand nephews, and great-grand nieces and nephews.

Eleanor was born August 28, 1922 in Waterbury, CT to Wilfred E. Pierpont, Jr. and Josephine Boyle Pierpont. Upon graduating from high school in Morristown, NJ, Eleanor continued her studies at Smith College majoring in languages. She began her career with the Nestlé Company in 1950 as the Secretary to the Director of Market Research. Eleanor served in various executive secretarial jobs culminating in 1952, when she was appointed secretary to the company’s president, Mr. H. J. Wolflisberg, a prestigious title she held until his retirement in 1968 when she transferred to Public and Community Affairs. Ultimately, Eleanor became the Manager of the Pension Department in 1975. She excelled throughout her career, described as an exemplary professional, “quick thinking and self assured”. She was a member of the Seraphics Society, a community of professional women who were secretaries to executives of multinational corporations.

In 1952 she married her husband, John Irving Suydam, living in White Plains, NY before moving to New Canaan in 1973. John and Eleanor lived life to the absolute fullest, traveling all over the world and were often found at the Captain’s table on a cruise ship. A magnet for positivity, Eleanor’s travels with John took her everywhere from the Sequoia National Forest to the Fjords of Norway, making lasting friendships that she maintained throughout her life. Sundays at the

Suydams were often spent over The NY Times crossword puzzle, Eleanor racing her brothers over the phone to see who would finish it first. Their home was a hub for family and friends, always the place to gather to share in life events – and Eleanor was always at the center, ready to celebrate with the people she loved. Upon retiring from Nestlé, John and Eleanor spent winters on the sunny shores of Stewart, Florida. Eleanor spent her last years in New Canaan as an active and social member in the community.

Eleanor will be remembered by family and friends who loved her as the eternal optimist, always showing a genuine interest in what her loved ones were doing and inspiring those around her to pursue their dreams.

Viewing and calling hours for friends will be held Friday, August 28 from 3-7pm at Hoyt Funeral Home, 199 Main Street in New Canaan, CT. Burial will be private to family at Mount Olivet Cemetery in Watertown, CT. In lieu of flowers, donations can be made in her name to Smith College or to the charity of your choice.