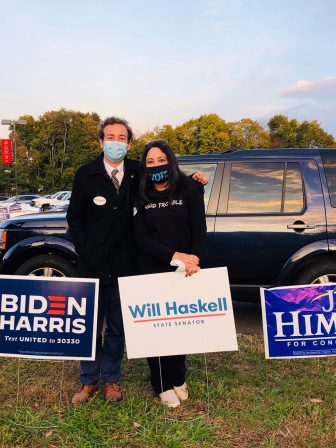 “Most importantly, we are seeing just incredible voter turnout,” he told NewCanaanite.com.

Haskell added, “We should all celebrate that this election for the first time in Connecticut voting had been convenient and accessible.” The state should look to creating long-term measures that will allow constituents to participate in elections “in a plan of their choosing,” he said. 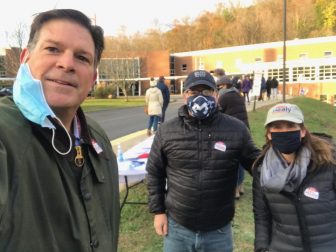 State Rep. Tom O’Dea (R-125th), who is unopposed this year, said he’d been at the polls in Wilton and New Canaan since 6 a.m.

“It’s great seeing such a large turnout this Election Eay,” O’Dea told NewCanaanite.com in an email. “I am proud and honored to have bipartisan support in my reelection and I look forward to representing the 125th District for a 5th term.” 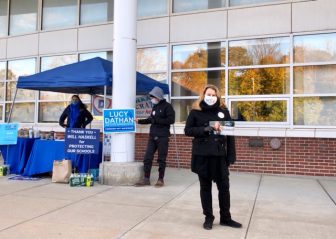 State Rep. Lucy Dathan (D-142nd) came to the polls in New Canaan at Saxe Middle School in the morning. “It’s a beautiful day and I feel very fortunate to be able to stand here at the polls with my family greeting voters and answering questions,” she told NewCanaanite.com in an email. “I’m getting a warm reception from my constituents, whom recognize that we have to continue moving our district forward not backward. I will work towards that end for Connecticut.”

Her challenger, former state Rep. Fred Wilms, told NewCanaanite.com in an email that he’s “getting great reactions from the voters today.” 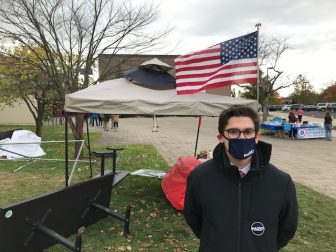 Republican Ryan Fazio is running for the 36th state Senate district. Here he is outside the polls at NCHS on Nov. 3, 2020. Credit: Michael Dinan

“People are turning out in droves because they’re excited to vote,” Fazio told NewCanaanite.com. “They understand that while there’s also a national election going on, we have serious problems in the state of Connecticut that we need new leadership to solve.

Here’s an hour-by-hour tracker of voter turnout on Election Day 2020 that we’ll update throughout the day (in the 2016 election, 79.4% of the electorate had voted by the time polls closed, including absentees): 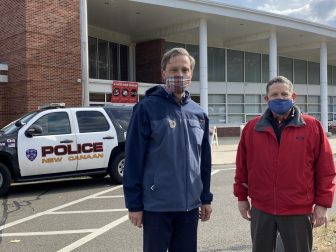 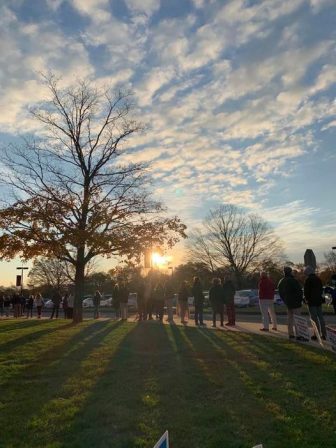 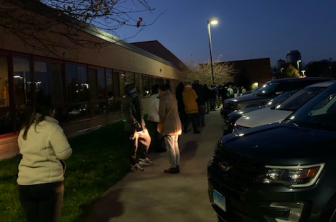 An estimated 100 people were lined up at 5:55 a.m. on Nov. 3 to cast their ballots in person on Election Day. Credit: Michael Mauro 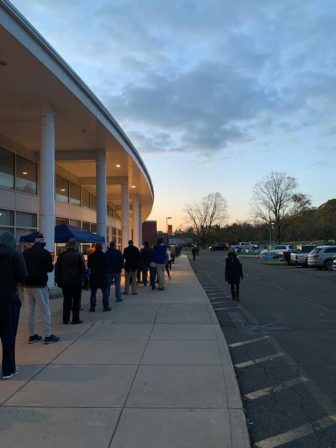 Voters lined up outside the polls at Saxe Middle School on the morning of Nov. 3, 2020. Contributed

Not sure where you’re going to vote? Check here. Here’s a map of New Canaan voting districts.

Here are sample ballots (only reproduced here to orientate voters to the layout of the ballot):