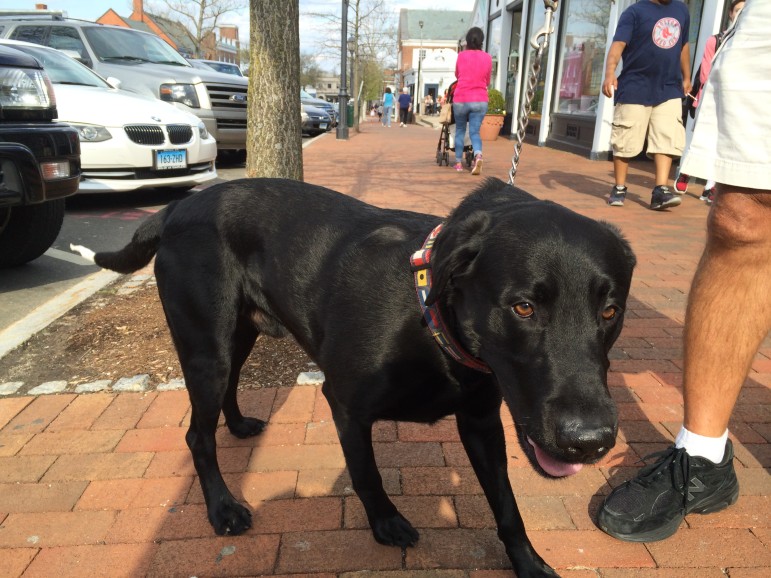 “He loves everybody,” Edward Zack said as he and wife Ann walked down Elm Street with Everett on Friday afternoon. “He loves kids. He loves burglars. He would let anybody in. He loves swimming, he leaps off the dock [at Rye Yacht Club]. He’s a great swimmer.” 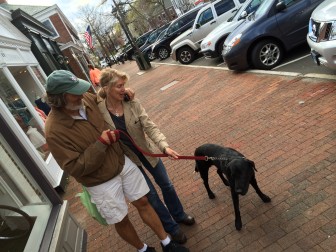 Everett eats Iambs that the Zacks often get from Choice Pet 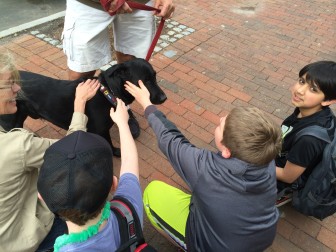 During our interview, some New Canaan kids came by and politely asked for permission to pet Everett.

Edward said the family likes big dogs that a person can horse around with, and they’ve always had black Labs and golden retrievers, breeds they also like for their temperaments.

“They’re not little dogs. You can go out running with them and it’s just a nice sized dog, too, not something fragile,” Edward said.

In New Canaan, Everett goes to Waveny and also walks around the downtown.

He also is a frequent visitor to Rye, NY, where he walks the city’s streets and heads to the American Yacht Club there.

One thought on “Everett the Black Lab: Wags His Tail So Much It Whacks the Wall and Bleeds”