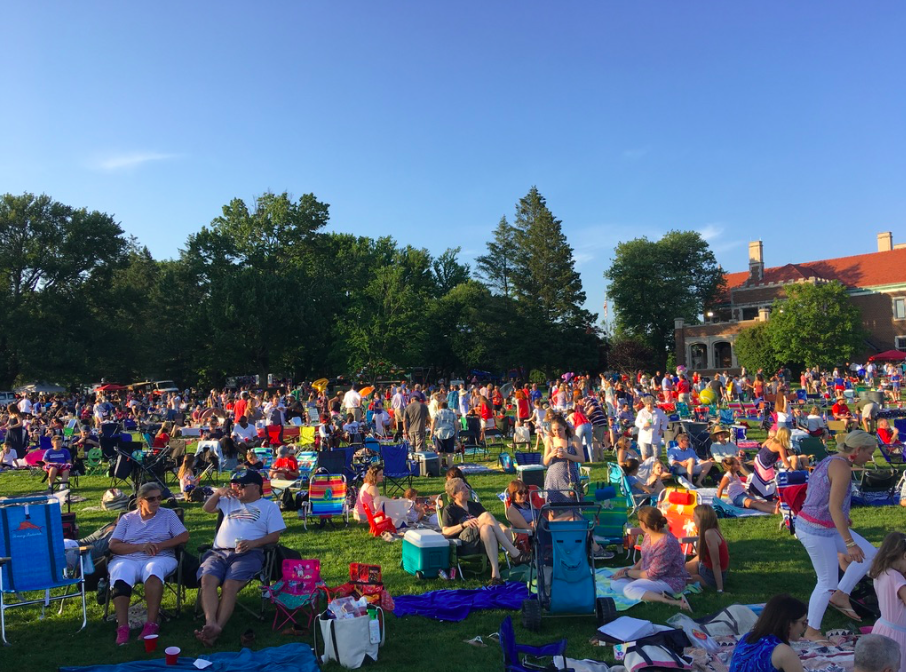 The organizers the Fourth of July picnic and fireworks at Waveny are trying to figure out a way to honor passes purchased for last summer’s canceled event while also gauging how many people will come this year and possibly selling more. 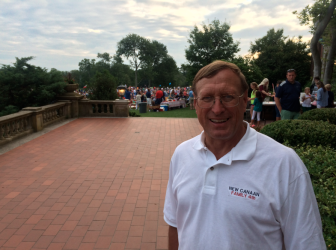 Since the Family Fourth Committee has the names and addresses of 2021 pass-holders, it could send a mailer requesting that those seeking to attend the 2022 event pick up a new pass at the Recreation Department, committee members said during a special meeting held Jan. 12.

About 2,000 tickets were sold for the 2021 Family Fourth, which was postponed twice due to rain before being canceled. (The 2020 Family Fourth had been canceled due to the pandemic.)

Committee Chair Tom Stadler said the group must find a way to get a read on how many existing pass-holders will come, and then figure out how many additional passes to sell or whether a cap is needed at all. 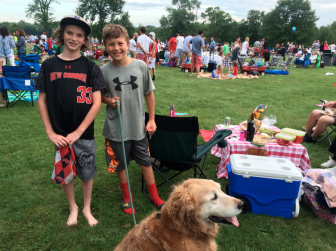 “If only half the people want to come then we’ll have 1,000 families out there instead of 2,000,” Stadler said. “And if you decide to sell more, how many do you sell? Do you go to 3,000? I mean, we would be inundated. We’d run out of parking, We can’t do that. So we’ve got to find out: Are people going to come or not? And if they tell us that, we can take them off the list and sell another ticket.”

This year’s Family Fourth is to be held July 2, a Saturday, with a rain date of July 3, Stadler said. The price for passes would be held at $35.

For the 2021 Family Fourth, the committee took in about $72,000 and spent about $10,000 on rentals that could not be canceled, such as for light towers and the fireworks themselves. 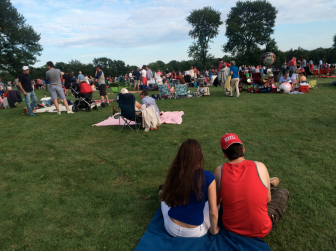 Grabbing a piece of the lawn at the New Canaan Family Fourth 2015 at Waveny. Credit: Michael Dinan

This year’s event would have the food trucks that come in a typical year, as well as the Town Band and another local band that has played in recent years at the Family Fourth, one of New Canaan’s most beloved community events.

The committee agreed to meet in March or April to continue hammering out details.

“We’ll plan the event, we will move forward,” Stadler said. “We hope, we hope, we hope that we’re going to have a great one this year. And after two years of not doing it i’m ready.” 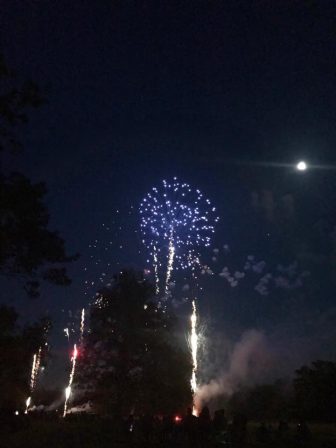 Last year, the committee said it planned to market the fireworks show as “residents-only,” though police said there’s no practical or legal way to stop a nonresident from driving into Waveny and parking for the Family Fourth. It wasn’t clear how the “residents-only” idea was hatched; Stadler said only about 100 of the Family Fourth passes are purchased by nonresidents anyway.

Committee member Tucker Murphy said, “The only other thing that I would add is, obviously last year we made the decisions which we had to make along the way, which I think were the right decisions. This year, I’d love to think that COVID wouldn’t be a concern but I’ve got to think ti’s going to be somewhat in our world to some extent. But I also think it’s a very different scenario. Even kids 5-and-up will have been vaccinated and it’s an outside event. So I’d like us to proceed as any other year, you know, forget the COVID year. And just, while COVID is a factor, but I think that, I think we are going to move forward and I think we’re going to be able to have a nice event. And I think all these new families that moved to town will want to come and see this, just like Christmas Eve was business as usual.”