Police on Tuesday night arrested a 19-year-old New Canaan man by warrant in connection with an assault last month. 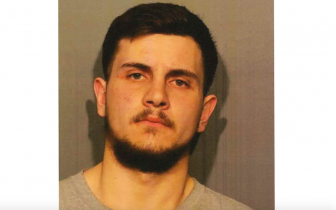 On Jan. 5, officers took a complaint of an assault earlier in the day involving Arlind Bajraktari and a victim, identified in a police report as an “acquaintance,” inside and outside Bajraktari’s home at 33 Millport Ave., Apt. 136.

The victim suffered a broken nose, lacerations on his face and the victim’s jaw was out of alignment, police said.

Bajraktari also had taken the victim’s cellphone so that an emergency call for assistance could not be provided, the police report said.

Police obtained a warrant to charge him with second-degree assault, a felony offense, as well as disorderly conduct and interfering with an emergency call.

At 8:29 p.m. on Feb. 4, officers seeking to serve the arrest warrant located Bajraktari in the Millport Avenue apartment, in violation of a protective order. He then was additionally charged with that violation and first-degree criminal trespass.

Police held Bajraktari on $55,000 bond and scheduled him to appear Wednesday in state Superior Court in Norwalk.

According to Connecticut Judicial Branch records, Bajraktari had been arrested by New Canaan Police in November 2018 and charged with second-degree threatening, disorderly conduct and second-degree violation of conditions of release (he pleaded not guilty in those active cases). Then in February 2019, Stamford Police charged him with two counts of second-degree threatening, third-degree assault, interfering, criminal violation of a restraining order and failure to comply with a fingerprint request. He hasn’t pleaded to those charges, records show.