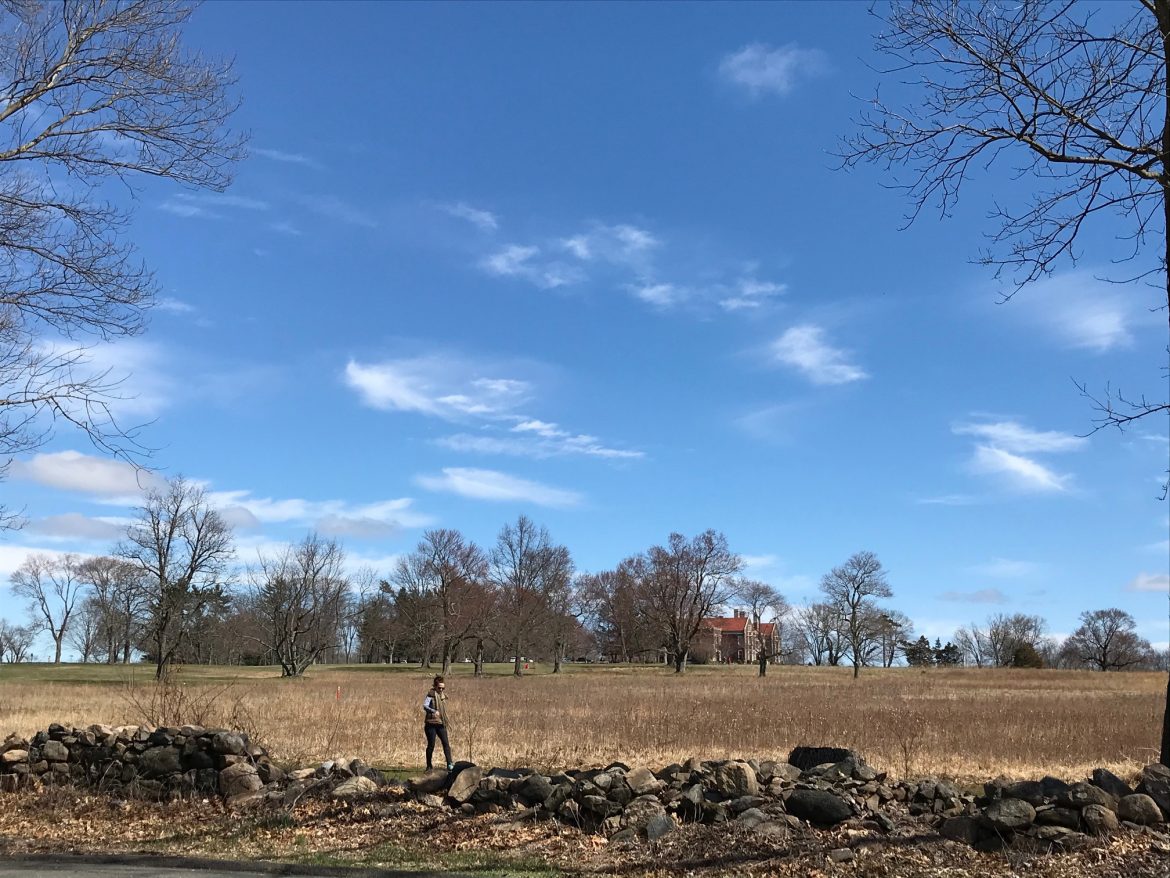 New Canaan’s highest elected official said Tuesday that he wants to keep public parks open for residents, though that could change if those using the open spaces violate health guidelines or if new guidance comes down regarding COVID-19.

Town officials kept parks such as Waveny and Mead open “because the parks are such a vital resource, to be able to get out into the fresh air” according to First Selectman Kevin Moynihan.

“It’s important that people have access to the parks, in my mind,” he said during a regular meeting of the Board of Selectmen, held via videoconference.

“They closed the parks in cities around us, Norwalk and Stamford. It’s very important—and we opened up the turf fields—it’s very important that the young people realize that they can get out and throw the ball around with a friend or two or three. But we cannot have any group activities, especially contact sports, something like basketball and things that put people too closely in touch with each other. I really don’t want to have to close the parks. Some people think we should. I appreciate that.”

The comments came about one week after the town issued new guidance regarding use of New Canaan parks and park buildings, closing playgrounds and urging people to observe “social distancing.” Initially, athletic fields were closed (see press release here).

“People want to go after work,” he said. “They want to get the fresh air. It’s springtime. It may be the only time you get outside of the house.”

Moynihan said that if people were barred from using New Canaan’s parks, “it would be a great tragedy.”

He added that one person suggested that those using public parks be made to walk or jog either clockwise or counterclockwise in order to reduce the risk of transmission by passing by closely.

“I don’t know [whether] that’s really feasible because people enter the parks from different locations and go in different directions,” Moynihan said. He urged those with suggestions for the town to contact him.

3 thoughts on “First Selectman: ‘I Really Don’t Want To Have To Close the Parks’”