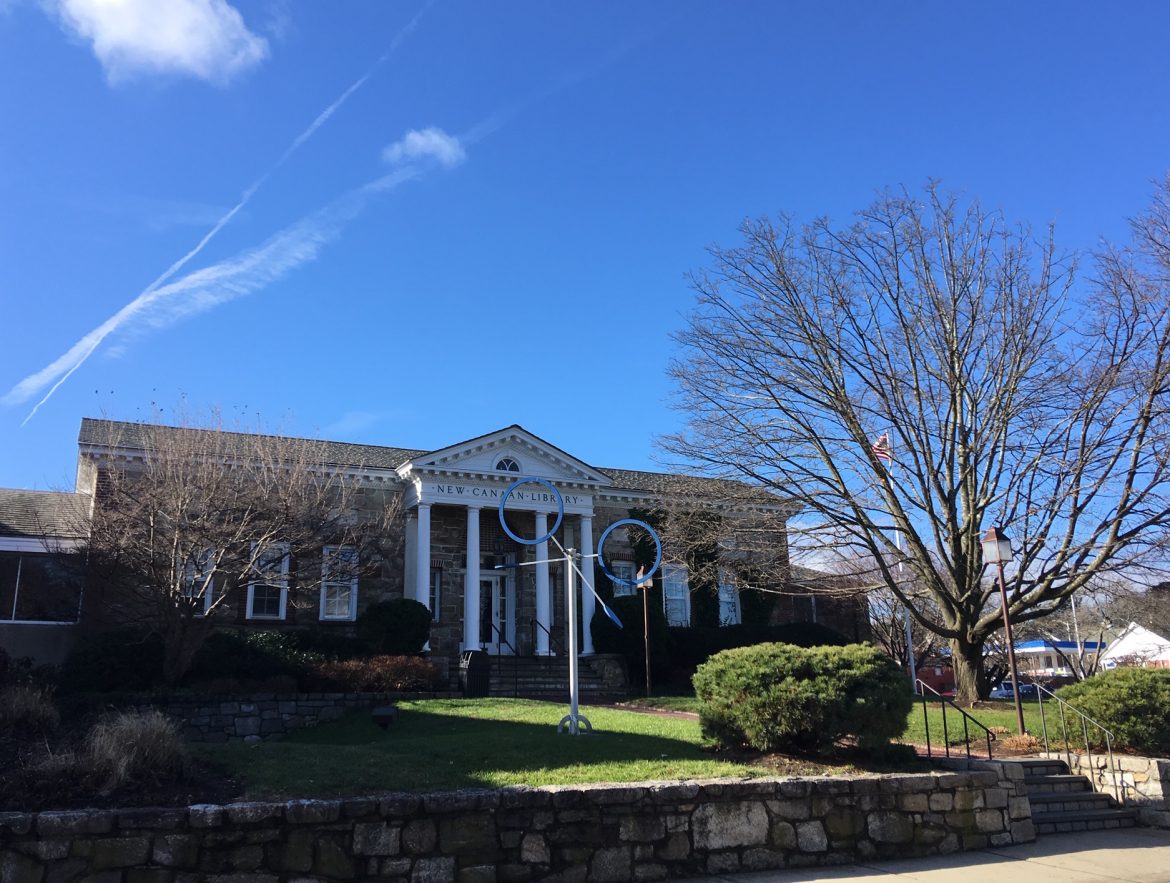 Though no formal request has yet been made, the town during the upcoming budget season is expected to consider upping its contribution toward a rebuilt local library from $5 million to $10 million, according to New Canaan’s highest elected official.

New Canaan Library’s estimated cost of the project has risen from about $25 million to $30 million, and that’s part of the reason for considering a larger town contribution than originally planned, according to First Selectman Kevin Moynihan. (The town already has a $5 million ‘Library Building’ appropriation earmarked for fiscal year 2023 in its fluid five-year capital plan—see page 97).

“They have a more ambitious plan now than they were talking about three years ago in terms of cost, so that is partly why the $5 million is viewed as having to increase,” Moynihan said during a briefing with local media outlets Thursday in his Town hall office. “And they since several months ago have been socializing the idea that they would like $10 million.”

Responding to a question from NewCanaanite.com, he added, “It has not been formally requested. It hasn’t been put in writing. But when they talk to town officials they say we are thinking more $10 million because their donors are saying, If you want $1 million from me, why is the town not in for more?”

The town two years ago approved a $475,000 appropriation to help the library acquire a key South Avenue property for its rebuilding project, allowing the organization to use the entire block—with the exception of the Gulf Station at Cherry Street—to plan a new facility. Just two-thirds or so of the current, 37,000-square-foot building is usable, and it’s hampered with a failing, costly physical plant, library officials have said. A fundraising feasibility study four years ago showed that the library could raise about $25 million for the rebuilding project. It would include a more flexible floor plan, improved space for programming and underground parking, library officials have said.

During a discussion of the five-year capital plan during a Board of Selectmen meeting last month, Selectman Nick Williams spoke favorably of upping the town’s contribution to the library project to $10 million.

Moynihan said during the press briefing that New Canaan would bond whatever contribution it made, and that library officials are “making good headway” on the larger request.

“I think there is a consensus developing around the $10 million among town officials,” Moynihan said.

The library likely will make a formal public request for funding during the upcoming budget season, Moynihan said.