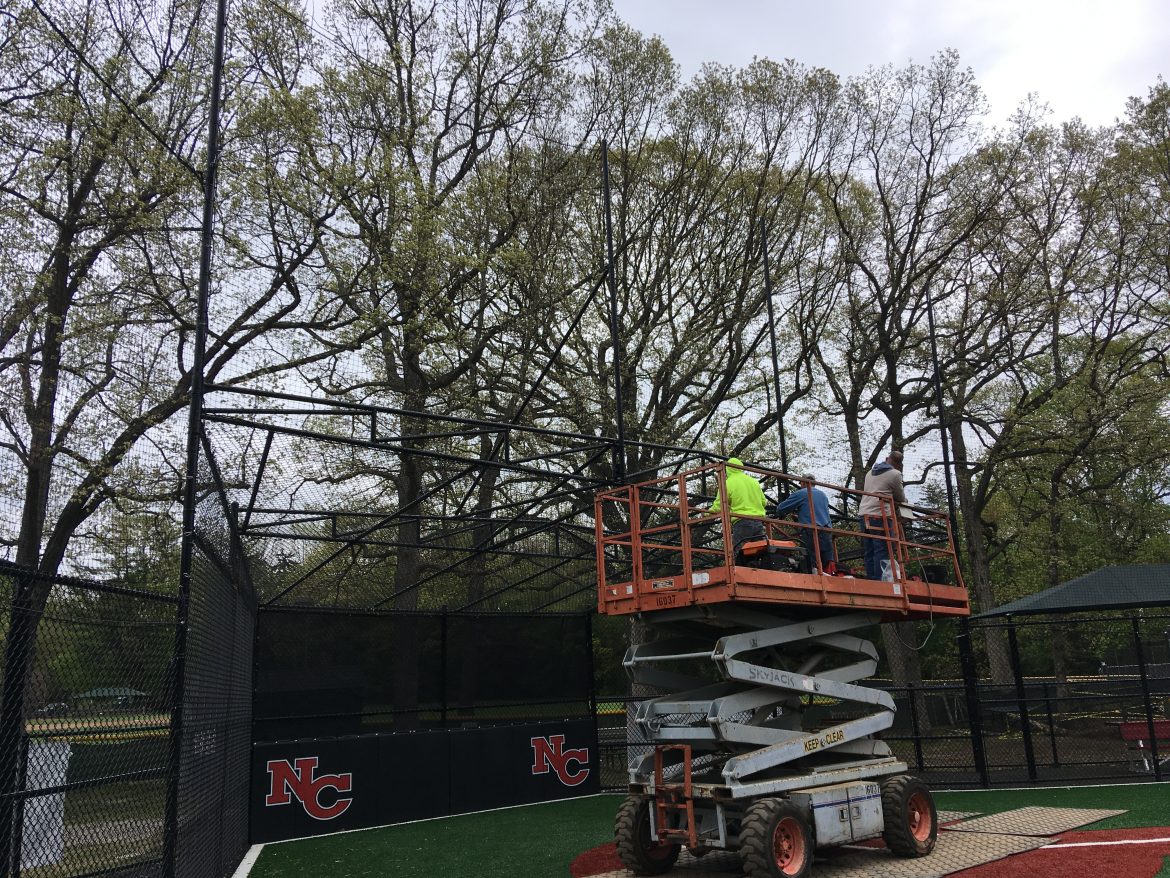 Workers last week extended upwards the netting around a newly turfed little league baseball field at Mead Park, days after two foul balls went sailing into the lot behind it and crashed into the windshields of cars parked there. 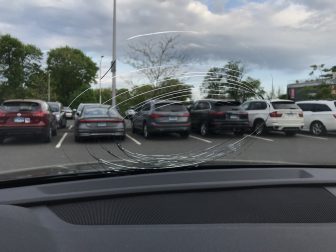 This windshield cracked after a foul ball struck it at Mead Park. Credit: Charlie Holmes

The backstop at Mellick Field was shifted back as part of a public-private project that also saw the infields of both Mellick and Gamble Fields turfed for the start of this season, officials said. It used to be that part of the backstop at Mellick jutted over home plate so that some pop ups hit it and bounced down, Recreation Director Steve Benko said when asked about the need to make the netting higher.

But the architects of the project, partly because potential outs were taken away by that configuration, decided to move the backstop, Benko said.

“What happened was the whole angle changed, we had foul balls that used to hit the fence or trees, so they had New Canaan Baseball raise the netting to try and stop the problem,” Benko said. 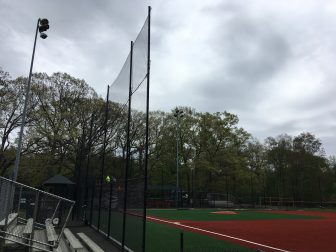 The netting extensions are visible along the right-field line at Mead Park. Credit: Michael Dinan

Asked about the extended netting, New Canaan Baseball President Scott Werneburg said that the organization had ordered up poles and netting for the extension, and scheduled a contractor to do the installation, before the foul balls cracked the windshields. NCBB made the decision based on some travel baseball games played on the new fields in March and April, prior to their formal dedication, Werneburg said.

Even before the netting was made higher—by about seven feet down each foul line at Mellick and higher again directly behind home plate—New Canaan Baseball felt its design provided more protection with respect to foul balls than the field ever had in the past. The additional new work cost the organization about $16,000, he said.

“There are many fields out there that have no protection at all,” he said. 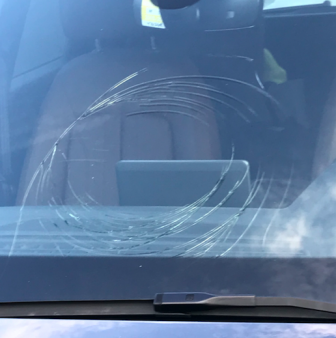 A cracked windshield from a foul ball at Mellick Field in Mead Park. Credit: Charlie Holmes

Asked about the situation at a media briefing Thursday in his office at Town Hall, First Selectman Kevin Moynihan said, “You always have the risk of foul balls coming out,” Moynihan said.

“But they put up more netting and hopefully that solves the problem,” Moynihan said.

He added, “The fields are beautiful, we appreciate New Canaan Baseball’s partnership in building beautiful new fields. We will address any problems with foul balls.”

Meanwhile, with the very wet spring so far, many baseball and softball fields around town have been rendered unplayable, though Werneburg said that the playability of both Mellick and Gamble Fields has improved from years past. That’s because most of the problems that baseball fields have with wet weather has to do with infield clay, he said.

Gamble Field itself forms part of a wetlands that prevented New Canaan Baseball from raising the field, as Mellick was, in order to help with drainage, Benko said. In order to do that project at Gamble, the lost wetlands would have needed to be replaced elsewhere in the park, and there’s no space to do that, he said.

Werneburg said that the main issue with Gamble has to do with an especially sodden area in right field. Even though there have been days when Mellick has been playable and Gamble has not, Werneburg said, those two fields have been able to host more games than other baseball fields in town.

“The good news is that despite what I believe has been a historically wet spring, we have actually had very, very few cancellations on Mellick and Gamble Fields,” Werneburg said.

He added, “We have been able to play and have had fewer rainouts not only than at Saxe, Coppo and Conner [Fields] but than other places like Norwalk.”