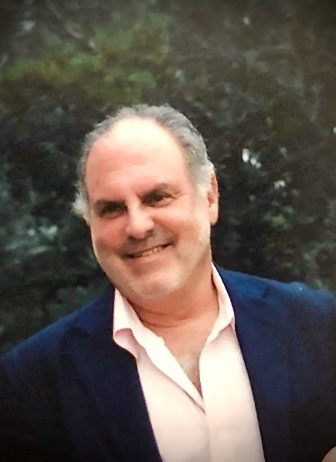 Gerry Rubinfeld, longtime resident of New Canaan, passed away peacefully in the serene care of the Regional Hospice in Danbury. He is survived by his wife of fifty two years, Laura; his three daughters, Emilie, Jenny and Claire; his five granddaughters, Madeline, Alexandra, Whitney, Eleanor and Chloe; his son’s in-law Erik and Mike; and his brother and sister, Michael and Lori.

Gerry was born in New York, attended Brooklyn Tech, Queens College, St. John’s Law School and Baruch College where he received his MBA. He spent his career in the textile industry at companies including Hoechst Fibers, Celanese, Dillon Yarn and Texfi Industries where he served as President. Gerry and Laura moved to New Canaan in 1981 after living in New York City, where they met as young executives at the JC Penney Company, Los Angeles and Dallas.

A lifelong sports enthusiast, Gerry attended his first Yankee game at the Bronx Stadium with his Father when he was three years old and fell in love with the team and the game. While living in Dallas, he was a weekly guest on station KERA’s “Friday Morning Sports Spectacular”. He was an avid fan of the NY Giants, Rangers and Knicks, as well as University of Michigan football, UConn Women’s basketball and of course the New Canaan High School Rams. As a New Canaan Dad, Gerry manifested his passion for sports by coaching soccer, softball and basketball teams for his three daughters.

Throughout his life, he was an inveterate world traveler, both for business and pleasure. Gerry made every vacation a global adventure and opportunity for his family to embrace history, culture, people and food. These trips always included a search for the latest edition of the International Herald Tribune with the NY Times crossword that he completed nearly every day, in ink, through his 77th birthday. He loved to share stories and memories of those trips with his friends and family which led him to write poetry and a restaurant & travel column for various industry trade publications under the pseudonym “Laura Susband”. His wit, intellectual curiosity and depth of knowledge of all genres of music, film and Broadway made him at the center of every gathering. Gerry will be dearly missed.