Though investigators haven’t placed her at the scene of a violent crime that marked the last time a New Canaan mom of five was seen alive, Michelle Troconis repeatedly lied to authorities about her own doings that Friday in May and in the critical days that followed, according to a state police detective. 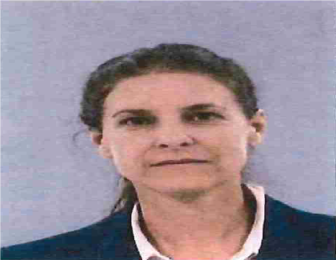 Troconis, live-in girlfriend of the man that authorities say traveled to New Canaan early on the morning of May 24 to ambush his estranged wife—and then tried to clean up the scene and fled with her body—played a key role in the cover-up by helping Fotis Dulos see to it that the vehicle he used could be scrubbed of evidence, according to an arrest warrant application from Detective John Kimball of the state police Western District Major Crime Squad.

Fotis Dulos is accused of trying to clean up the borrowed red Toyota Tacoma he drove to New Canaan that day in three main ways, according to Kimball’s affidavit—by wiping it down himself, urging its owner to replace the back seats and having it detailed.

According to Kimball, Troconis knowingly helped her boyfriend in each of those efforts, though she lied about it prior to her June 8 arrest on felony hindering and tampering charges.

During a May 29 interview with detectives, she claimed Fotis Dulos had told her the Tacoma’s owner—Pawel Gumienny, a project manager for Fotis Dulos’s building company, The Fore Group—wanted to sell the pickup truck.

“For this reason, Dulos had planned to bring the Toyota to have it cleaned and detailed,” Kimball said in his affidavit. “Troconis claimed, ‘Fotis at some point calls me says … pick me up at the car wash in the parking lot and so I went to pick him up and then we went … to meet with Andy (attorney Andrew Bowman) and we drove.’ Troconis made it sound as if she had no idea what [Fotis] Dulos was doing and that she had simply been called by Dulos to come pick him up. Only through pointed questioning did Troconis admit she had followed [Fotis] Dulos to Russell Speeders Car Wash in Avon where she waited in the parking lot for him to emerge from the lobby before the two drove to Westport to meet with Attorney Bowman.”

“Troconis offered, ‘… after meeting with Andy [Bowman] we drove back to Farmington … he [Fotis Dulos] stops at the bank … and then back to the car wash that I drop him off to pick up the car and then I drove back home or went to pick up Nicole … that’s … but I mean .. that car, he washed the car,’ ” Kimball said in the affidavit. “Troconis was asked by investigators why she thought [Fotis] Dulos would be washing the Tacoma. Her reply was, ‘Well obviously … all the evidence says because … you showed me the picture of the blood in the door it’s because the body of Jennifer at some point was in there.’ ”

After Fotis Dulos returned to his hometown of Farmington on the afternoon of May 24, Troconis told investigators that she brought plastic garbage bags for him.

“Troconis indicated she was handed a paper towel by [Fotis] Dulos, who was in the process of cleaning ‘a coffee spill’ in the Toyota,” Kimball said in the affidavit.

Kimball added, “Troconis reported placing the paper towel ‘in … ah … in one of the black bags.’ ”

Perhaps most importantly, according to Gumienny, Fotis Dulos would become fixated on removing the backseats of the Tacoma and getting rid of them. When Gumienny returned from his own workday on May 24, he went to The Fore Group’s home office in Farmington expecting to find his Tacoma, but it’s not there.

He travels to the other property in Farmington and there “he encountered Dulos and Troconis standing in the driveway,” Kimball said in the affidavit.

“Gumienny was told Dulos and Troconis were ‘cleaning’ the home,” according to Kimball.

Gumienny wasn’t able to take his own pickup truck back right away, but on leaving that Farmington home for a time with Fotis Dulos (in order to shuttle cars around), he did spot his own car keys “protruding from the passenger door lock of his truck.”

“Upon his return with [Fotis] Dulos, he found that Troconis and his keys were gone, and his truck was locked,” Kimball said in the arrest warrant.

Though Fotis Dulos offered repeatedly for Gumienny to take a company car for the weekend, the project manager “declined and asked [Fotis] Dulos to contact Troconis and tell her to return with the Tacoma keys,” Kimball said in the affidavit.

“Troconis returned with the keys and Gumienny got into his truck and subsequently drove home,” it said.

Kimball noted in the affidavit that the “significance to investigators of the removal of the Toyota keys by Troconis was that when Gumienny was locked out of his own vehicle, [Fotis] Dulos had offered for him to keep the [company car] for the weekend.”

Ultimately, despite Fotis Dulos’s urgings and fear of losing his job, Gumienny kept the car seats and supplied them to police. Investigators identified a “blood-like substance” on the passenger seat, and had a forensic examination done that would yield “a DNA report which forensically linked the fabric swatch taken from the Tacoma seat containing the blood-like substance to the DNA of the victim, Jennifer Dulos.”

It wasn’t until an Aug. 13 interview with police, more than two months after her initial arrest, that Troconis changed parts of her story, according to Kimball’s affidavit. She admitted that she hadn’t seen Fotis Dulos on waking at about 6:40 a.m. on May 24, for example.

Also, Kimball said in the affidavit, “Troconis claimed she was ‘mistaken’ when she reported that she and [Fotis] Dulos had shared a shower on the morning of 5/24/19. This initial claim was inaccurate, despite the fact that it appeared on the ‘script’ prepared by Dulos and perpetuated by Troconis in her first interview.”

The “script” refers to what appears to be another bit of misdirection from Troconis, according to the arrest warrant application.

During a second interview police, on June 6, detectives discussed with Troconis some handwritten notes that they’d found in The Fore Group’s business office a few days earlier.

“Troconis identified these documents as having been written out by [Fotis] Dulos himself and herself to ‘help them remember’ their activities on these dates,” Kimball said in the affidavit. “The two pages which Troconis admitted having written included a page of phone activities including call times, durations, whether the calls where incoming or outgoing, and the individual called. Troconis admitted to having authored another page which listed specific activities and their times starting at 6:40 AM until 5:10 PM. The documents also included two handwritten pages which Troconis reported were written by [Fotis Dulos] Dulos which included times and activities ascribed to both Troconis and himself. Both notes included information, which was subsequently proven to be inaccurate, events which Troconis was forced to admit during questioning had never happened, and they included alibi witnesses who were later determined to be false.”

For her role, Troconis was charged with felony tampering. She turned herself in at about 1:30 p.m. Thursday on an arrest warrant signed by Judge John Blawie. She was released on $100,00 bond and scheduled to appear Sept. 18.