Our beloved husband, father, and friend passed away peacefully on July 2, 2022 after a long and difficult journey dealing with a stroke that gradually took him away from his family. 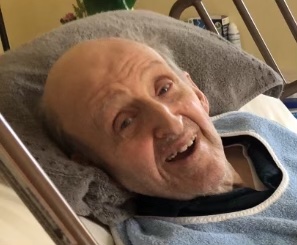 H. Norman Ricker was born on March 11, 1941 in Maine. The family moved to New Canaan where Norm attended NCHS and moved on to the University of Connecticut. This is where he met his wife Janet, and soon after graduating from UConn married Janet in 1964. He returned to New Canaan to work as a math teacher at the high school and later on became the math department chair. He retired in 2001  after 38 years of service. Upon retirement, Norm continued driving from Oxford, CT to New Canaan, CT several days a week to tutor students, many of whom were younger siblings who had been looking forward to having him as their teacher and mentor. Here are some remembrances from the hundreds of young lives and colleagues:

“Norm will always have a special place in my heart. He perseveres with kindness, laughter, and hope each day. Every time I saw him, he’d greet me with a big smile on his face and support all of my accomplishments and dreams. He never let me down and will always be my dear friend.” – Alexa Orndahl

“…Mr. Ricker to me during my formative years, was a wonderful, special, big-hearted man who positively affected my life for many years. He touched so many people. His legacy will ripple forever…” – Charlie O’Hearn

“Mr. Ricker was truly one of the most amazing and influential people I have ever met. Every day I spent with him was a good day as he always greeted me with a smile on his face. He has had the greatest impact on my life and career aspirations…” – Henry Pohle

He leaves behind his devoted spouse, Janet of 58 years, his eldest son Ken who lives in Colorado, his youngest son Adam, who moved from Colorado to help his mom attend to Norm’s needs when he came home from his hospital, his sister Jane Chase who lives in Keene, New Hampshire, and her husband Dave Chase. A private service will be held in Maine. The family suggests that a good way to remember Norm is to send a contribution to the H. Norman Ricker Scholarship Fund at New Canaan High School, 10 Farm Road, New Canaan, CT 06840. ATTN: William Egan, Principal.