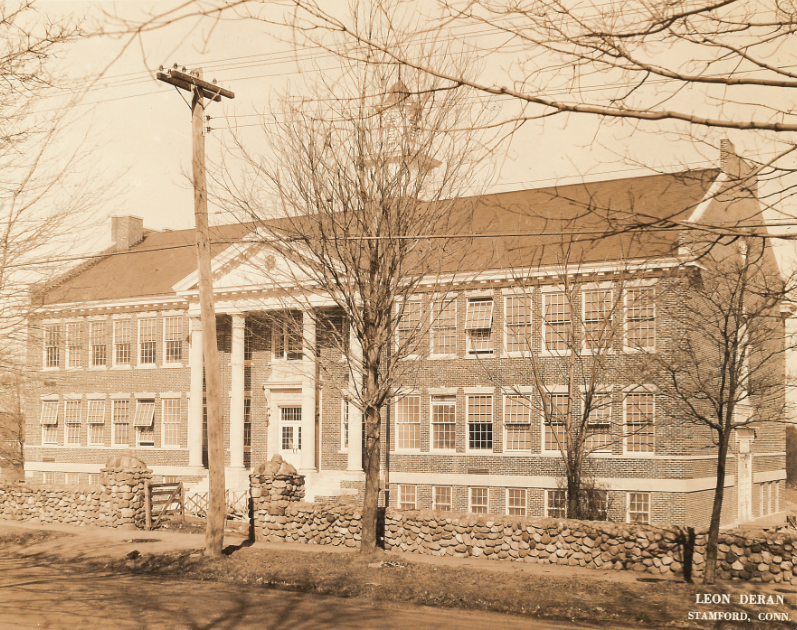 The Board of Selectmen at its most recent meeting approved a $67,500 contract with a Berlin-based architectural firm to provide a wide range of services in preparation for a widely anticipated renovation of the New Canaan Police Department.

The appointed Police Department Building Committee has proposed retaining the historic architecture of the 1927-built red brick building at 174 South Ave. (originally built as the first New Canaan High School) while fully renovating it—and also replacing the addition on the rear of the structure with a new one. Officials have referred to the project as the renovate-as-new or “Town Hall option,” as a similar project had been done about seven years ago with the expansion and renovation there.

The new addition will be a “purpose-built building that really drastically improves the use of this building,” Zagarenski told the selectmen at their July 26 meeting, held in Town Hall and via videoconference.

Putting on the addition is expected to improve “the circulation, better adjacency from different departments that actually work together, and the prisoner processing, which is very important,” Zagarenski said.

“There really wasn’t a not a good solution in the last design options. This, I think everyone is really happy with the solution they came up with, the way the sally port and covered parking and the way prisoners are processed through the building and the way detectives and patrol officers, the way their operations are really nicely put together and how quickly they can access their vehicles . So there’s a really good flow.”

The project is expected to cost $25.6 million to $28.5 million, he said. The new addition will represent about 25% of the total newly renovated police station, according to Zagarenski. Overall, the building will be about 2,000 square feet smaller, though with far more useful space, than the current NCPD, he said.

Selectman Nick Williams asked Zagarenski to elaborate on why the project is so costly, saying, “As most of us know this is a pretty marked increase from the original estimate, which came as a surprise to some folks.”

Zagarenski said a previous estimate of $17.5 million was a placeholder. The

The funding for the architectural services is coming out of an initial $500,000 already approved for planning for the project. There’s about $312,000 left in that fund, Zagarenski said.

First Selectman Kevin Moynihan, Williams and Selectman Kathleen Corbet voted 3-0 in favor of the contract. Moynihan noted that the funds represent planning for the project, and that the Town Council has not yet formally approved the project itself since it hasn’t been presented as such.

Williams said use of the term “Town Hall-style” project “is apt, because you look at where we are now and the seamless integration of the old and the new is precisely what I think we’re aiming at.”

“So maybe that’s the primary cost-driver, is having essentially a new building put onto the old building, which itself is going to be upgraded,” he said.

The selectmen asked who will be responsible for identifying or testing for hazardous materials such as asbestos or lead (a remediation assessment is already in hand), whether that company had been paid out of the original $500,000 allocation (yes), whether the street-facing windows on the building will be replaced with period-appropriate windows (yes) and whether the town is pursuing a training center for police (yes, though on a separate track).

The Police Department Building Committee’s members are Chair Bill Walbert, Jim Beall, Amy Murphy Carroll, Michael Chen, Paul Foley, Mike Mauro, Penny Rashin and Paul Tully. Stuart Sawabini serves as an advisor, while non-voting members include Police Chief Leon Krolikowski, Deputy Chief John DiFederico and Capt. Andrew Walsh, as well as Public Works Director Tiger Mann and Zagarenski. The committee has made presentations to the Board of Finance and Town Council on the project, and the funding bodies have responded positively to the proposal.

Moynihan noted that police departments are “very technical” and expensive buildings to create, at about $800 per square foot.