Town officials last week voted unanimously to uphold a $150 ticket that had been issued June 27 to a New Canaan woman for parking in a disabled space. 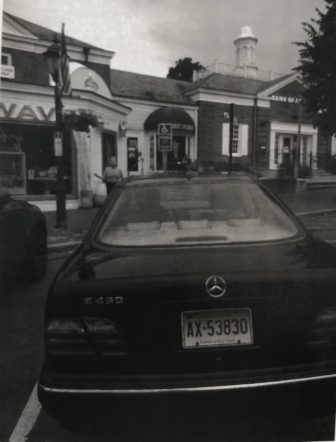 A motor vehicle ticketed on Elm Street for parking in a disabled space. Parking Bureau image

In a written appeal submitted to the Parking Commission, Angelique Pesce said she had been “blocked” in the disabled space by a parking enforcement officer at the time the ticket was written, at 9:20 a.m. that Monday.

“Falsely trapping a vehicle in a spot handicap or otherwise is unacceptable while I am still present to wait for a spot to open,” Pesce said in the written appeal. “No criminal restraining like blocking my vehicle is appropriate for parking tickets.”

Yet she wasn’t in the car at the time the violation was cited, according to Parking Manager Stacy Miltenberg.

“She was not in the car at the time the ticket was issued, and you can see that by the picture,” Miltenberg said during the Commission’s Aug. 4 hearing, held via videoconference.

Donovan asked whether the ticketed motorist was the same person who had been cited for a parking violation on Main Street outside of the former Organika Kitchen space (now Greenology) recently. Miltenberg said yes.

“So there’s a tendency for a certain pattern,” Miltenberg said.

Bemis said she thought there was somebody in the car, judging by the photo taken by the parking enforcement officer.

Donovan said, “I don’t know that it matters if there’s was someone in the car, Nancy, She was in handicapped.”

She added, “She shouldn’t be in the handicapped. She said she was in the car. She obviously was not in the car. So for me, I don’t question whether we should give her a ticket or not at this point.”

Bemis asked whether there was any evidence that the enforcement officer was blocking the vehicle.

Miltenberg referred to the officer’s report, saying, “She was not blocking her car. She was writing the ticket.”