The following ticket appeals letters were written over the past month by motorists fined by enforcement officers in the New Canaan Parking Bureau. We are including excerpts from their letters as well as information where and when they were fined, and for what violation.

I wish to appeal the parking ticket I received this morning on the basis that I was parked in a green space charging the car. Please post a notice on the charger if people should pay for the parking spot while plugged in so this is clear. 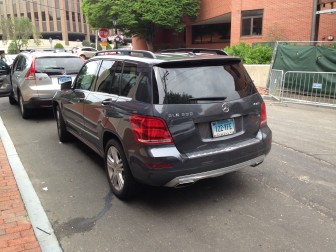 I was at [a business] on Burtis Avenue. Today I was on my way to move my car when I saw I was just about to get a ticket. I got to my car before the ticket was even on my vehicle. This was very frustrating, that I was right there to move my car, especially on my birthday! If I was only seconds faster, I wouldn’t have a ticket. I hope this ticket can be appealed. I am always extremely aware and move my car after 90 minutes.

I parked in a loading zone by accident for literally 5 minutes while I ran into the health food store for medicine for my son. My mother was in the front passenger seat of the running car. She could have moved the car. The parking officer who wrote the ticket felt bad after she realized my mother was in the car. She did not see my mother.

I am appealing the ticket since it was written in less than five minutes of my paid parking expiring and the obstruction ticket since my car was barely on the line due to the car next to mine being parked too closely. I have not received a ticket before and try to park there frequently to patronize businesses in our town. [A parking enforcement officer] had just put the ticket on my car when I walked up.

Please remove this ticket. I work at [an Elm Street business] in town. I went out two times to move my car to lot and a large black truck with no one in it was blocking my car. I could not stand around and wait as I was working.

I came to New Canaan from Bridgeport for the library book sale. I pulled into a lot and walked across the street to the sale. When I got back, the lady was giving me a ticket.

On Thursday May 28 I had parked on Elm Street in front of [a restaurant], where I work, and a customer walked away with my keys. I had parked on Elm Street because I had a delivery to make at 10 a.m. to Stamford. I called and spoke with someone over the phone and told them I had lost my keys and was looking for them. I was told to put a note on my car saying I had lost my keys, which I did once I got back from the delivery. But in the meantime, I received two parking tickets, one for $20, and then a second ticket for $40. I was hoping that I could contest these tickets. I called a locksmith and had them come make a new key but they did not arrive right away. Please let me know if there is anything I can do.

Last Thursday I was driving down Forest Street to deliver to Tequila Mockingbird for my father’s produce company. Unfortunately, there was a car already parked in the loading zone and I spoke to the woman who owned the car and she agreed to move. I put my hazards on as I was not in an actual parking spot nor was I parked. I was in drive with my brakes on waiting for her to reverse out of the loading zone when a New Canaan parking authority came up to my van and told me I was illegally parked in a handicapped parking spot. I told her what was going on, as the woman was pulling out of the loading zone and the parking authority witnessed it. She told me she has to give me the ticket because she already wrote it, but to appeal it as it was a huge misunderstanding and I have always obey the laws of your town. I hope you accept this appeal letter and that my $100 ticket will be forgiven.

5 thoughts on “‘I Parked in a Loading Zone by Accident’: Parking Ticket Appeals”