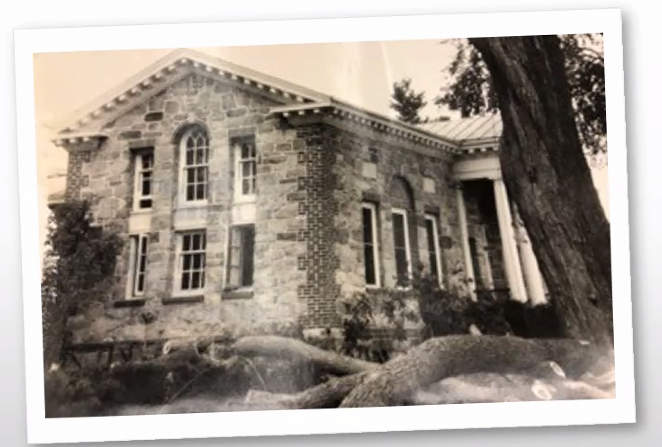 The town’s highest elected official said at a recent budget hearing that he remains supportive of a $10 million municipal contribution toward the planned rebuilding of New Canaan Library, while signaling to those seeking to preserve an original 1913 building that would be demolished under the library’s plan that they’d need to come up with a formal use and funding to make that happen.

First Selectman Kevin Moynihan said during a Jan. 19 Board of Selectmen meeting that he remains “committed to the project” as well as “the $10 million capital contribution [from] the town.”

“I think some people think the 1913 building is a closed issue, but we have to get through P&Z and see where that comes out,” he said during the meeting, held via videoconference.

“I would say, as I have said publicly, anyone who wants to preserve a building has to step up and help—have a purpose for the building and help have money for [it]. You can’t just say, ‘I want a building to remain,’ and not be part of the process to make it have a purpose.”

The comments came following a presentation from the library’s executive director, Lisa Oldham, and its annual request for a town contribution toward operations. The library asked for $2,425,634 for fiscal year 2022, a 2% increase over the current contribution, according to budget documents obtained by NewCanaanite.com through public records request.

In presenting the library’s budget, Oldham noted that the organization is reducing its spending in program and collections, as well as stationery and supplies. According to the library’s 2020 audit, the town supports about 76% of the organization’s operating income, including the cost of health insurance.

Moynihan after the presentation asked about the status of the library project and for an update on the organization’s proposal regarding parking for the planned new building.

Oldham said the library is planning to file its application with the Planning & Zoning Commission in February and to appear before the appointed body in March. The library has completed design development, and reconciliations, “and the team is now moving into construction documents,” she said.

“The legal team is working on preparing the application for Planning & Zoning and everything is on track,” Oldham said.

Regarding parking, she said, “I think it’s well-known that there was a parking report issued by independent engineers ned of last spring early summer that said the parking solution that we had that we preferred, that is the one we like best, was going to create a traffic situation that was not untenable and unacceptable for the community. So since then we have been working to come up with alternative  suggestions and plans that don’t create a traffic problem in the community and that deliver good parking options for our local people who want to use the library.”

The $36 million rebuilding of New Canaan Library is planned to start in the spring and construction is expected to continue for about two years, library officials have said. Under a draft Memorandum of Understanding or ‘MOU’ with the town that’s been under negotiation for about one year, the town is to contribute $10 million toward the project while the library bears the balance of the cost through its own fundraising and a $15 million commercial construction loan from Bankwell, documents have shown.

Selectman Nick Williams said during the meeting that the COVID-19 pandemic “has made it more important to have a go-to destination” in New Canaan.

“You’ve got people coming out, streaming out from New York City, deciding whether to here or Darien or Westport or Greenwich or elsewhere, and I think a library would help us fly the flag for the town,” Williams said. “Obviously we need to be efficient and we need to bring this in at the appropriate cost level. And I think having representation from town officials on both the library Board as well as the building committee is appropriate. I’m also supportive of looking into the use of the Center School Lot. We are lucky that there happens to be parking lot next to the location of the proposed new facility.”

He referred to what the Parking Department and Parking Commission long have described as an under-used municipal lot where the beloved Center School once stood.

Moynihan said that town officials have asked the library “to look at every conceivable of getting into underground parking, including from our Center School parking lot.”

Oldham said that among nine separate individual parking designs that were fully costed out and reviewed, one showed “a tunnel going from Center School lot under the road into underground parking under the library” and that another showed a ramp going down from Maple Street.

“Not one of these was going to deliver a parking solution that served the needs and also was affordable in any way,” she said.

Moynihan said that the Center School lot “was designed to be beautiful but it’s not the most efficient lot.”

“We don’t want it all asphalt but there is also opportunities to take some of the berms and redesign the parking lot to expand the size of the lot,” he said.

There’s also an open question that P&Z will settle regarding how many parking spaces will be required for the planned new library building.

Oldham said, “I think it’s important to say that there is no proposal to make a change to Center School Lot on the table, that that would be a failsafe to protect the town to make any changes later in the event that it was determined that there was increased capacity required. and that would be only after some time and in tandem with the town but, as you say, funded by the library.”

Moynihan at the start of the Zoom meeting said the selectmen would take public comment, though he said those comments must be related to the library’s budget (not the rebuilding project). Selectman Kathleen Corbet noted during the meeting that several letters or emails had come in, though it wasn’t clear whether they were related to the project. A “Friends of the 1913 Library” group has formed with a goal of preserving the original library building as part of the overall rebuilding project. Library officials have said they’ve tried to find a way to incorporate the original building into their plans but could not find a solution that best served the community, and their plans call for demolition of the 1913 building and a “library green” overlooking Cherry and Main Streets.

Oldham during the presentation spotlighted the library’s adaptation during the pandemic, support for nonprofit organizations and seniors, role in helping keep residents connected in August after a storm knocked out power for thousands for about one week,

The library closed March 11 due to COVID-19 virus and shifted to online programming. In June the library started curbside self-service pick-up for print books and it reopened in August under restrictions, Oldham said.

From March through the end of 2020, the library delivered about 400 programs virtually, attended by about 12,000 people, she said.

The selectmen asked whether the town’s IT Department could also support the library (no it’s a full-time role that occasionally intersects with the town), whether operational changes are planned due to the pandemic (hopefully by summer things are back to normal), whether the library will be eligible for natural gas connections this year (yes but the existing buildings wouldn’t shift into that given the timeline for the rebuilding project), whether there are any revenues coming in through endowment (the library cannot take revenues from endowment until it hits $3 million and it’s at about half that figure currently), whether money from endowment is used for capital expenditures (no), how the library’s capital account is funded (through donations), where the library is on personnel (three retirements came in during the pandemic and one is being held), whether New Canaan Library salaries remain lower than area libraries (yes, though the gap has narrowed) and where the discussion stands about having members of the Town Council on the library Board of Trustees (the library changed its bylaws immediately to allow that to happen on an ex officio basis, just waiting on the Town Council to assign people).

Williams during the discussion regarding the original building raised the specter of the “Mead Park Brick Barn” on Richmond Hill Road that was demolished two years ago despite opposition from preservationists and following several months of discussion.

Moynihan said in response, “I think that was on an entirely different level.”

Williams said his point was that he agreed with Moynihan that “if people want to save something, they need to step up.”

“I distinctly remember saying to you, I think we need to give folks more time to see if they could line up funding to rehabilitate that building,” Williams said. “Unfortunately that was not forthcoming and it led to its demolition. But I agree with your point that if you want to save something, you’ve got to step up.”

One thought on “‘If You Want To Save Something, You’ve Got To Step Up’: Selectmen Discuss 1913 Library Building at Budget Hearing”