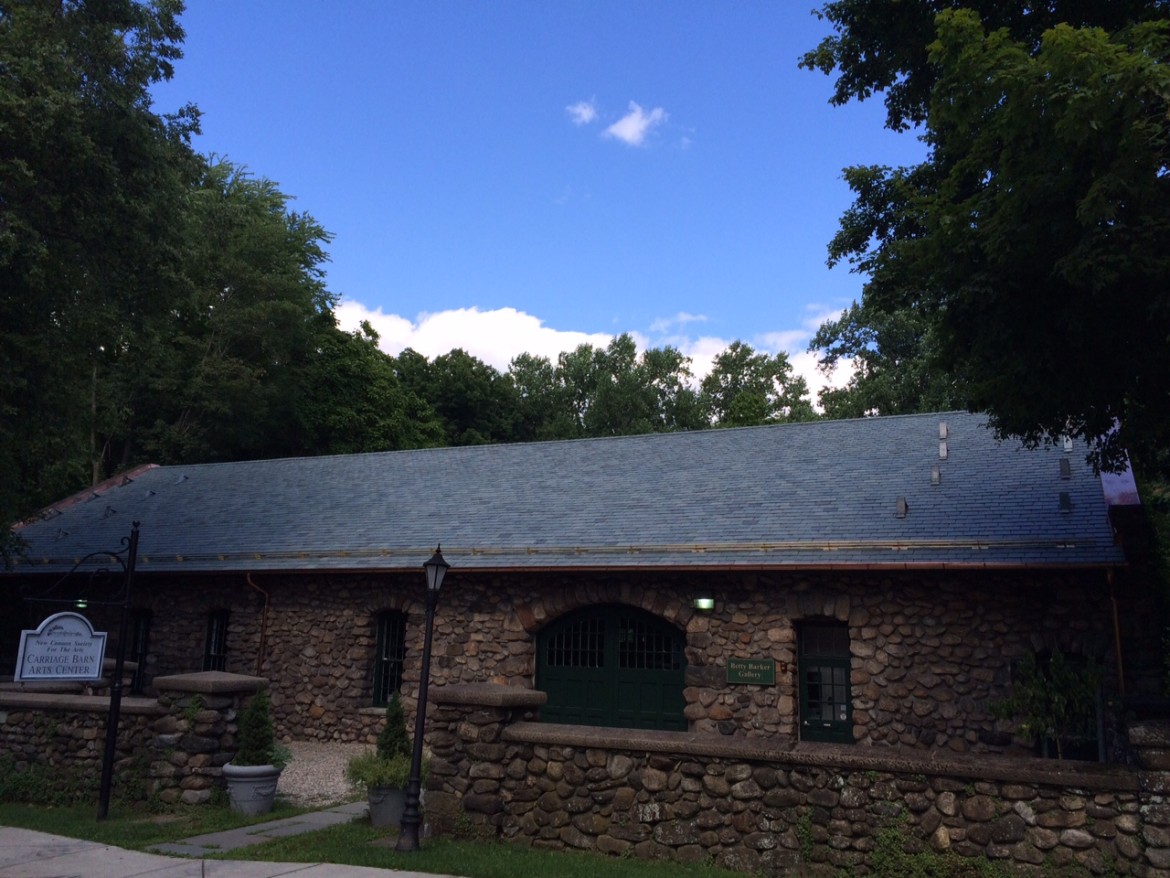 A brand-new roof on the Carriage Barn at Waveny—July 22, 2015 photo. Credit: Michael Dinan

Town officials this month increased a contract for renovation work at the Carriage Barn in Waveny by more than $50,000, in part to meet the price of more expensive materials amid the COVID-19 pandemic.

One of the change-orders for the project was “basically due to COVID, the timing from when we bid the project to when we awarded the project, material prices skyrocketed,” Tiger Mann told members of the Board of Selectmen at their Oct. 5 meeting, held at Town Hall and via videoconference.

Now underway and with a hopeful completion date next month, the work addresses water-related problems that had been threatening the structure for some 50 years, unbeknownst to the town. Specifically, officials opening up the walls on the inside of the Carriage Barn found “all the water was draining through the outside of the walls and then coming inside and saturating the walls” so that parts of the structure had to be removed, Mann said.

“Once we noticed that, we had to go on the outside and dig down and place additional concrete there to stop that migration of water,” Mann said.

The town now is placing concrete on the outside to address the water migration problem, Mann said. In partially demolishing the walls, the town also found that work also needed on joists and beams.

Williams asked why the town didn’t already know about the structural problem at the Carriage Barn.

Buildings Superintendent Bill Oestmann said, “It was unforeseen—it was behind walls.”

The town opened up what Moynihan described as a 130-year-old building, and according to Oestmann, “When we went in, there was a little wet spot under one of the windows that we went to go repair and once we opened it up, deteriorated mortar started pouring out.”

“That was a red flag,” Oestmann said. “So why is it doing this? And so we opened up along the base and started unfolding more and more, and we see where the moisture is coming in. That’s when we went on the outside and dug down and that’s when we see what they had done back in the 1970s. And time has caught up to it.”

The selectmen asked whether part of the contingency fee already approved has been used already (yes), wether there are other parts of the building that are problematic (not 100% sure but it looks good), whether other town buildings have similar structural problems (there’s always maintenance with older buildings) and whether the new work has altered the project’s timeline (yes, it originally was to be done by the end of September).

The project now requires “another four weeks at least, no promises,” Oestmann said.