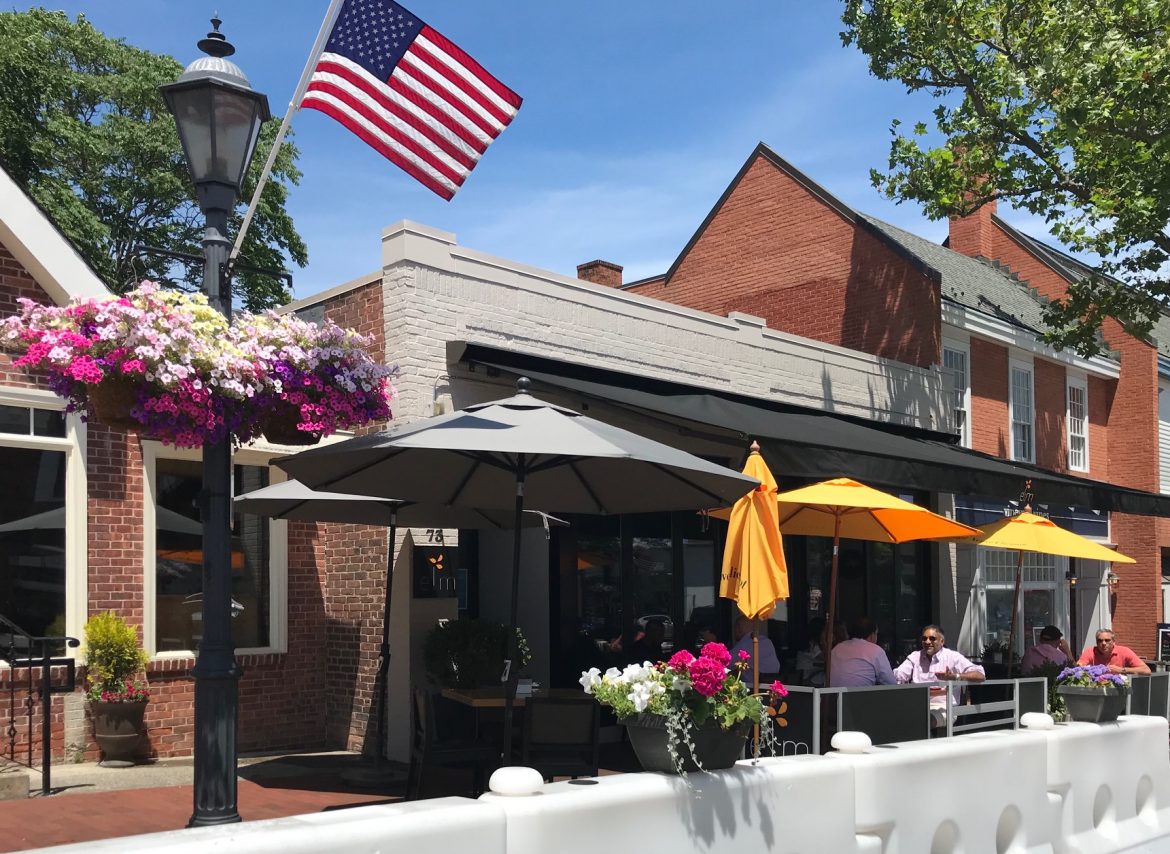 Groups of downtown visitors can be seen not wearing masks and “I don’t think it would be out of the realm have somebody walking around saying, ‘Would you please put a mask on?’ ” Devereaux said during a regular Board of Selectmen meeting, held via videoconference.

“And do it routinely rather than sporadic signs or sporadic reminders,” she said.

While First Selectman Kevin Moynihan and Selectman Nick Williams did not embrace the idea, they conceded that New Canaanites have been lax about masks in some situations and puzzled on how improve it.

“We are trying to do as much as we can to remind people to wear masks,” Moynihan said, adding that he just received word that New Canaan has a new positive case of COVID-19 virus.

“I was disappointed to see the high school parade without masks,” he said. “That would have been a good learning exercise for people to wear masks, although a lot of spectators had masks. We just have to continue reminding people. This pandemic is going to be with us all summer.”

With respect to Devereaux’s suggestion specifically, the first selectman said no surrounding towns are asking municipal employees to tell locals to wear masks.

“If we have a spike, we may get to that,” he said. “But so far, at least, I think people are comfortable with the fact that our testing shows there is very little of the virus in New Canaan.”

Williams said that, based on the data, the community would be better off with an across-the-board rule about wearing masks, including at restaurants, because it would be less confusing.

“I don’t think as a town we should be in the business of being the mask police,” he added. “I don’t think our citizens are ready for that.”

Williams said he understands confusion among locals when they’re being asked to wear a mask downtown but see people sitting outside at restaurants in groups not wearing them.

“It’s mixed messaging,” he said. “One thing Handler was good at was  understanding that mixed messaging would be a bad thing.” He referred to former Emergency Management Director Mike Handler.

Moynihan said, “I don’t think our message is mixed at all.”

Moynihan said town officials must “be vigilant and we have to be constantly reminding people that when you are in crowded areas, especially downtown, people should be wearing masks.”

“I don’t know what more we can do other than providing masks to all the merchants and all the restaurants,” he said. “It’s not a lack of masks. It’s an attitude.”

[Editor’s Note: We’ve updated the article after First Selectman Kevin Moynihan clarified that ‘riding’ should be ‘reminding’ in the sentence, “We just have to continue reminding people.”]

12 thoughts on “‘It’s An Attitude’: Selectmen Puzzle Over Lack of Mask-Wearing Compliance”