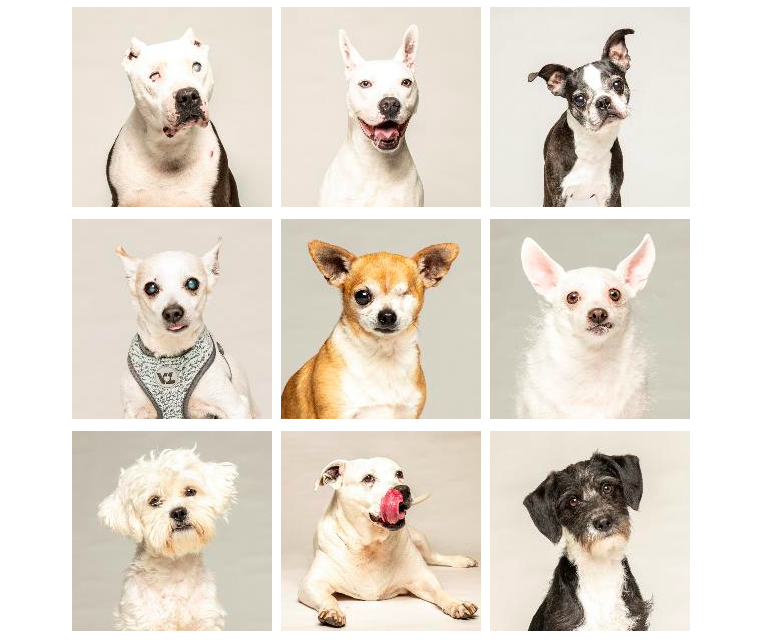 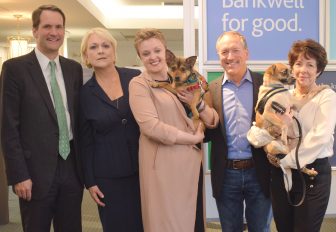 As it approaches its five-year anniversary, the company’s Pet Adoption Project counts 131 pets adopted, according to Executive Vice President and COO Laura Waitz.

Many of those pets have found homes with Bankwell’s own employees, including Waitz herself, mom to a mutt named Gracie, she said. (Bankwell’s CEO, Chris Gruseke, owns two rescued dogs himself and keeps dog toys in his office, Waits said.)

“We’d love to see it expand more, we’d love to see even more local support,” Waitz told NewCanaanite.com on a recent afternoon when asked about the Pet Adoption Project.

“We’d love to keep expanding it and actually come out of pandemic holding more than one event of the year, to focus on it for a couple of months in the year, continually with collections and things to make it more of a focus because it is so important. And with so many people who adopted animals during the pandemic now returning them, it’s become even more important for these organizations. It’s sad.”

Spearheaded by Bankwell’s executive coordinator and assistant corporate secretary, Lynne Gomez—Waitz called her the “inspiration” and “champion” of the program—the Pet Adoption Project boosts the visibility of rescue organizations and adoptable pets through live events, marketing and the company’s website. Dogs and cats rescued through organizations such as Lucky Dog Refuge, Super Paws, Strays & Others, Red Leash Rescue, Stamford Animal Control and One More Dog Rescue all are partner beneficiaries.

“Huge credit to Lynne, we don’t just focus on cute puppies and kittens, but have focused on older animals and disabled animals, and to have success in those areas in particular with such high adoption rates is remarkable,” Waitz said.

Gomez said, “They are part of our most vulnerable. it’s part of our responsibility to take care of them.”

She added, “We definitely believe in what we are doing.”

The philosophy informs much of what Bankwell does not only through the Pet Adoption Program but through its wider efforts to support the community and its human services organizations, they said, including New Canaan’s Filling in the Blanks.

The bank collects and donates supplies to pet stores, collects money from recycling at its New Canaan headquarters of 100 employees and donates those funds to the various organizations it supports.

“Every little thing we can do,” Waitz said. “And we match it to give more. Lynne has built relationships with agencies, smaller ones that don’t get as much funding from the state and government. For some of them, we have been able to make a difference.”

With the Pet Adoption Project specifically, there’s a knock-on effect for beneficiary rescue groups, some of which have seen their own website traffic rise dramatically as a result of Bankwell’s efforts.

“We feel that it has really grown legs and it’s become more successful every year. and every year, we just try to improve it,” said Gomez, who herself owns a rescued dog, Bowie, and cat, Jellybean. “This year we added on where we actually had a pet adoption event in the Cherry Street branch, and we hope to continue with that. Not only adopting animals but bringing awareness to the homeless pet population in the state. So we are constantly evolving on how we can get the word out.”

She added, “We are really proud of where it’s been and where it’s going and how it’s grown and we are just looking forward to net year and how we’re going to improve it and get more animals adopted.”

Waitz and Gomez credited local photographer Michael Bagley, who has donated his time and expertise to take photos of the adoptable dogs for the Bankwell website and Pet Adoption Project calendar.

“He has done amazing photos at no charge, it’s on his time and his dime, and those photos hang in our branches and go into our calendar,” Gomez said. “He has been extremely supportive.

Waitz said, “It’s part of who we are and we just believe in doing the right thing for the community.”

2 thoughts on “‘It’s Part of Who We Are’: 131 Dogs and Cats Rescued (So Far) through Bankwell’s Pet Adoption Program ”