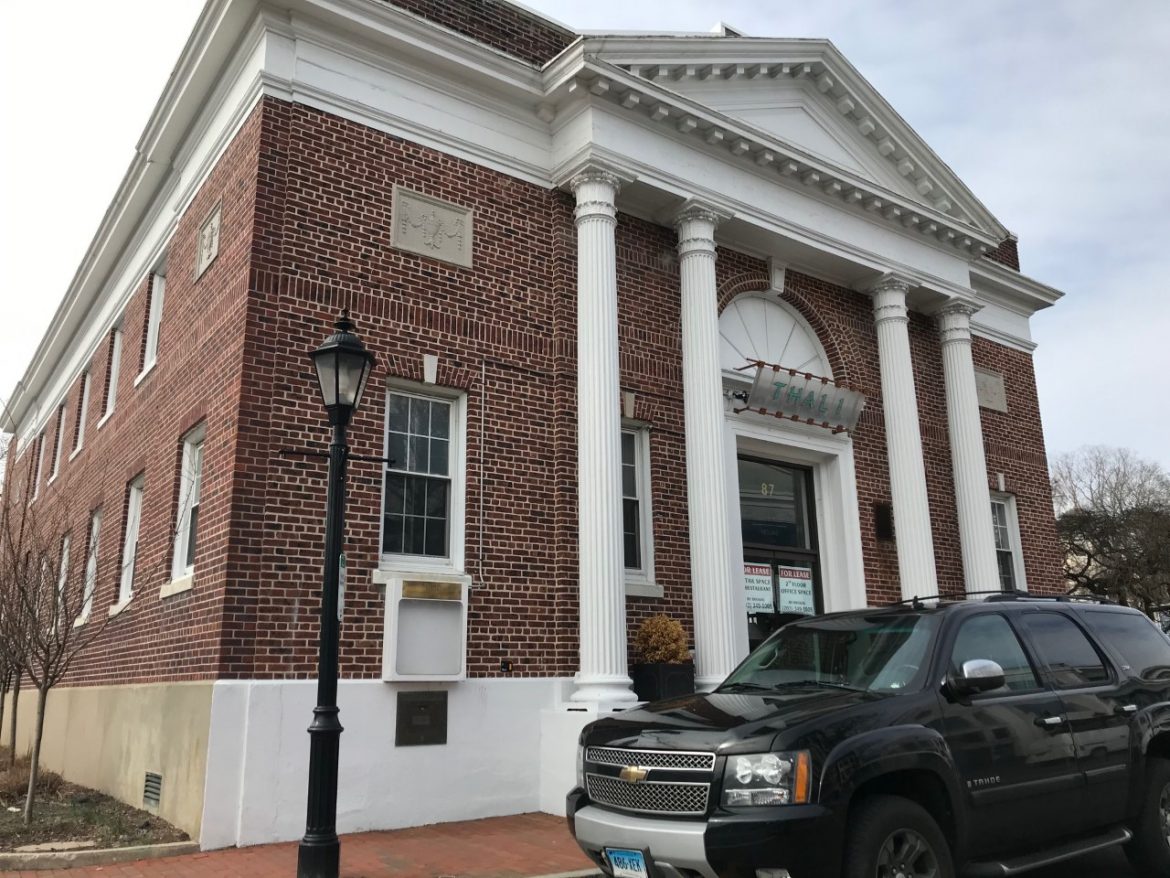 The town on Feb. 13 received plans to install a Japanese restaurant in a long-vacant commercial space on Main Street.

The restaurant, Saiko, is planned for 87 Main St., according to plans on file with the New Canaan Health Department.

Known locally as “the bank building,” the prominent 1911-built structure most recently had housed Indian restaurant Thali, and has been vacant since November 2015.

According to the plans, Saiko is to have about 20 tables, a main bar with 12 stools and a sushi bar with nine stools.

A building permit application for an interior fit-out has not yet been submitted, and it’s unclear just when the business’s operators plan to open.

The brick-exterior building on Main Street, with its pointed pediment and columns, was purchased for $1.7 million about two years ago by a local limited liability company.

[Note: This article has been corrected, Hunan offered Chinese not Japanese food.]