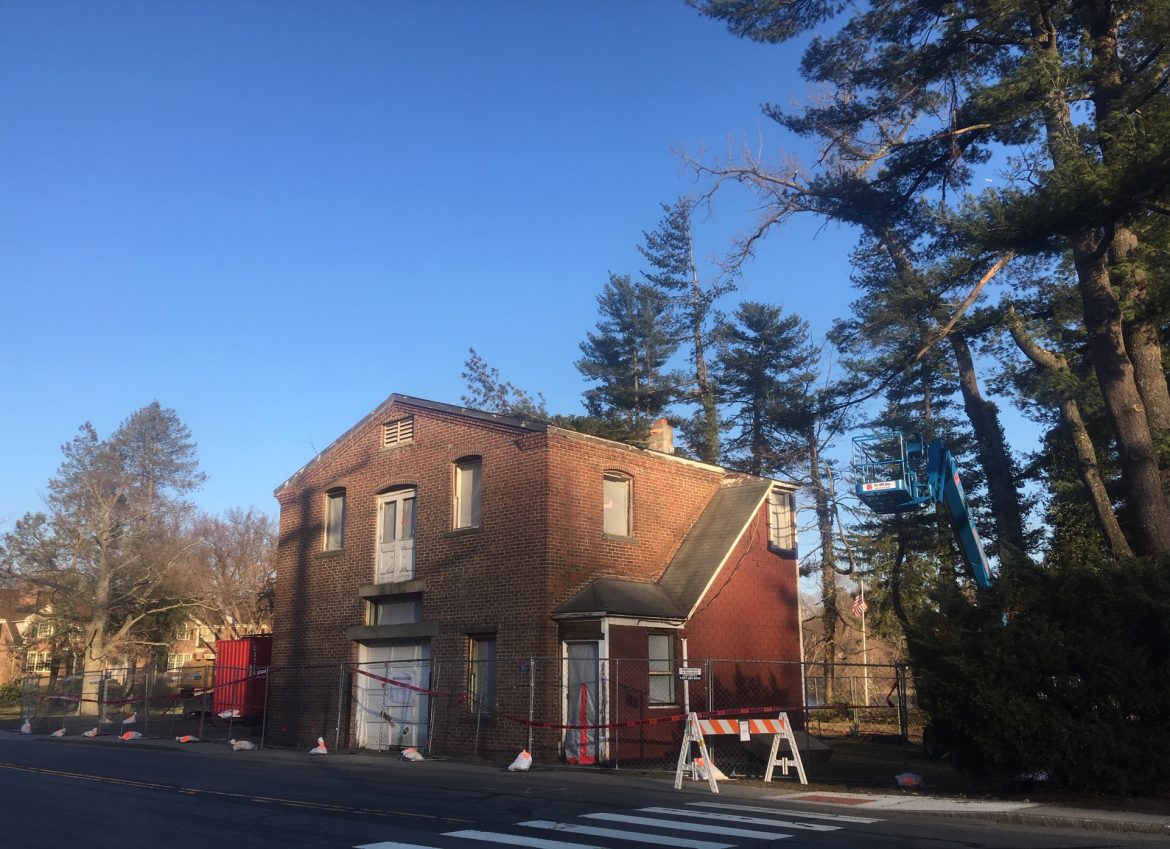 A state Superior Court judge on Tuesday denied a last-minute application for a temporary injunction on the demolition of a disused publicly owned building on the northern edge of Mead Park.

Following a nearly yearlong effort led by the New Canaan Preservation Alliance to fix up and reuse the building, the “Mead Park Brick Barn” or “Richmond Hill Garage” could start to come down as soon as Thursday, town officials say.

Town residents Andrea Sandor and Mimi Findlay on April 2 sued the town, Board of Selectmen and Town Council. In a self-filed complaint, the plaintiffs called the town’s plan to demolish the century-old structure—originally a fuel depot for Standard Oil—as “illegal.”

Specifically, the lawsuit said, the selectmen’s 2-1 vote last month to award contracts for the Barn’s demolition “was done in bad faith and without following due process of law” because the Sandor and Findlay don’t have time to file an application that would demonstrate a “conflict of interest” on the part of some officials with the New Canaan Board of Ethics.

The lawsuit also faults the logic of the town, based on advice from legal counsel, that it cannot rescind its appropriation from last year of funds that will go toward the demolition of the building.

The nine-page complaint includes dozens of pages of attachments. In it, Sandor and Findlay said that the Barn is historic and that razing it “would cause irreparable loss to the New Canaan Town and possibly the environment.”

“[D]emolishing the Barn would accrue unnecessary cost which may exceed $65,00 if certain guidelines outlined by the Department of Energy & Environmental Protection are not followed properly,” the complaint said. “This exorbitant spending of taxpayers’ money on demolition of a Historical place merely due to interests of developers itself raises questions.” The complaint then refers to an attachment—a March 12 letter from a Town Council member—that doesn’t refer to developers’ interests.