New Canaan Police Chief Leon Krolikowski presented the following letters of appreciation to the Police Commission at its March 16 meeting. 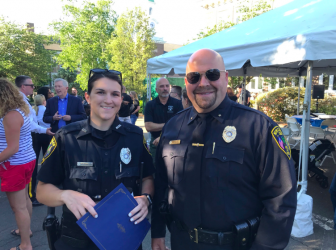 March 1 letter from Rob Mallozzi III to the Police Commission:

“A brief note of thanks to Dep. Chief [John] DiFederico and Lt. [Marc] DeFelice. Both of these gentlemen provided extraordinary leadership and service surrounding the wake and funeral of Steve Benko and were a pleasure to work with. My compliments also go out to the men and women of the Department for all of their efforts last week as well.”

“I would like to thank you for assisting Officer [Annamaria] Ceci and the New Canaan Police Department in renting one of our residents with her family on February 23, 2022. Your willingness to voluntarily assist the New Canaan Police Department and effectively communicate with the resident in her time of need demonstrates the true essence of Community Policing. It reminds me of Sir Robert Peel’s famous saying, ‘The police are the public; the public are the police.’ Your kindness and service to us last week is an example of what makes this town a great place to live and work. Thank you again for your invaluable assistance.” 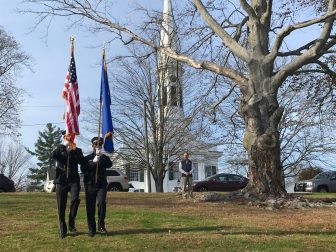 “Nick—Thank you again for stopping to help with my flat tire. It meant a lot that you would stand there in the rain to make sure everything went smoothly. Wish there were more people like you in the world. I hope you like chocolate chip cookies. There are no nuts and no gluten in case you have allergies. Enjoy.”

“Shane—Thank you again for your ‘good Samaritanism.’ I would have been ‘up the creek’ if you had not stopped and offered to help—and kept asking! Next time I will say ‘yes’ the first time someone asks! Especially if it is raining! I really appreciate everything you did for me. Hope you like the cookies. (No nuts and no gluten in case anyone has allergies.) All the best.”