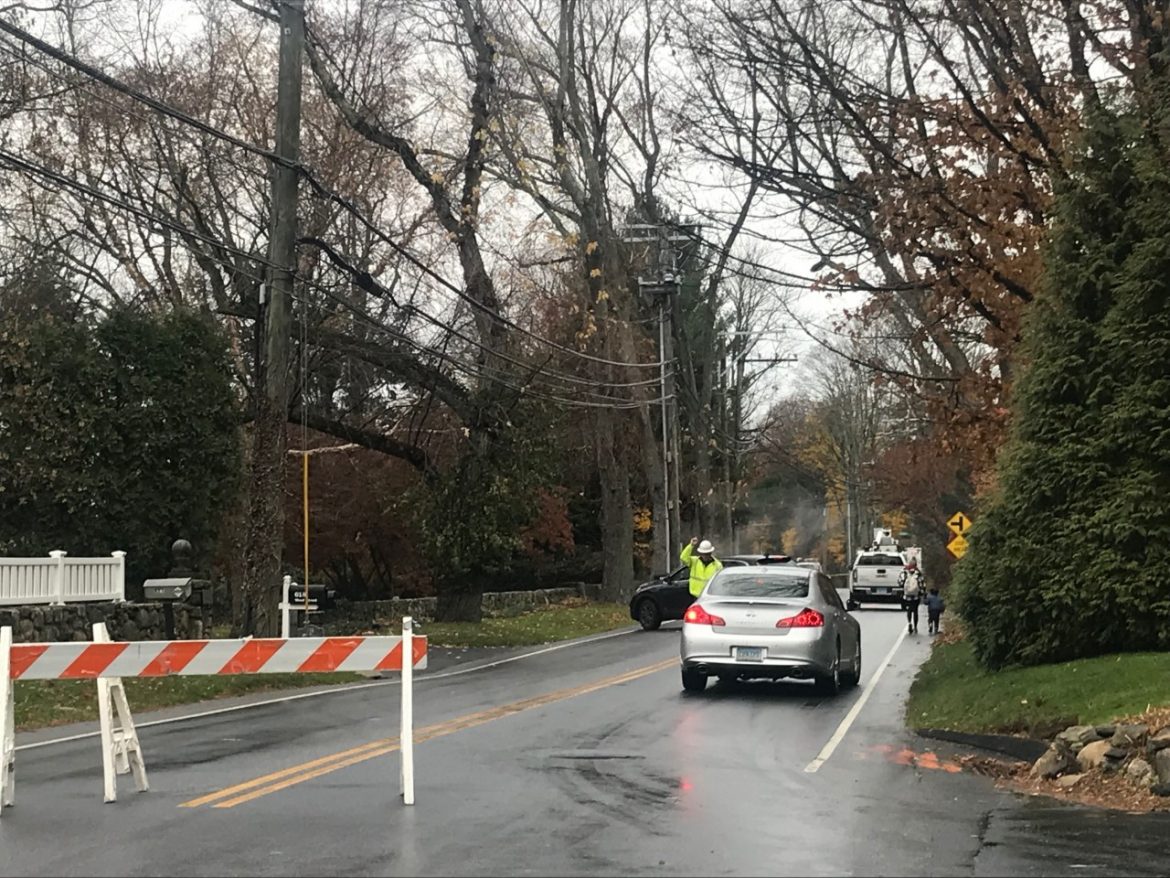 Weed Street is blocked at Richmond Hill Road due to a downed wire that has caused outages in the area, on Nov. 22, 2021. Credit: Michael Dinan

Power was restored by 9:15 a.m. to the more than 1,000 New Canaan customers of Eversource who had lost power just before the workday started Monday, due to a downed wire near Weed and Elm Streets.

A fallen tree limb caused the wire to come down at about 7:30 a.m., officials said.

Walter Stewart’s Market was be able to reopen at 1 p.m.

Weed Street was blocked to motor vehicle traffic between Richmond Hill and Frogtown Roads until power was restored, police said.

[NewCanaanite.com updated this article with information on the cause of the outage and the restoration time.]