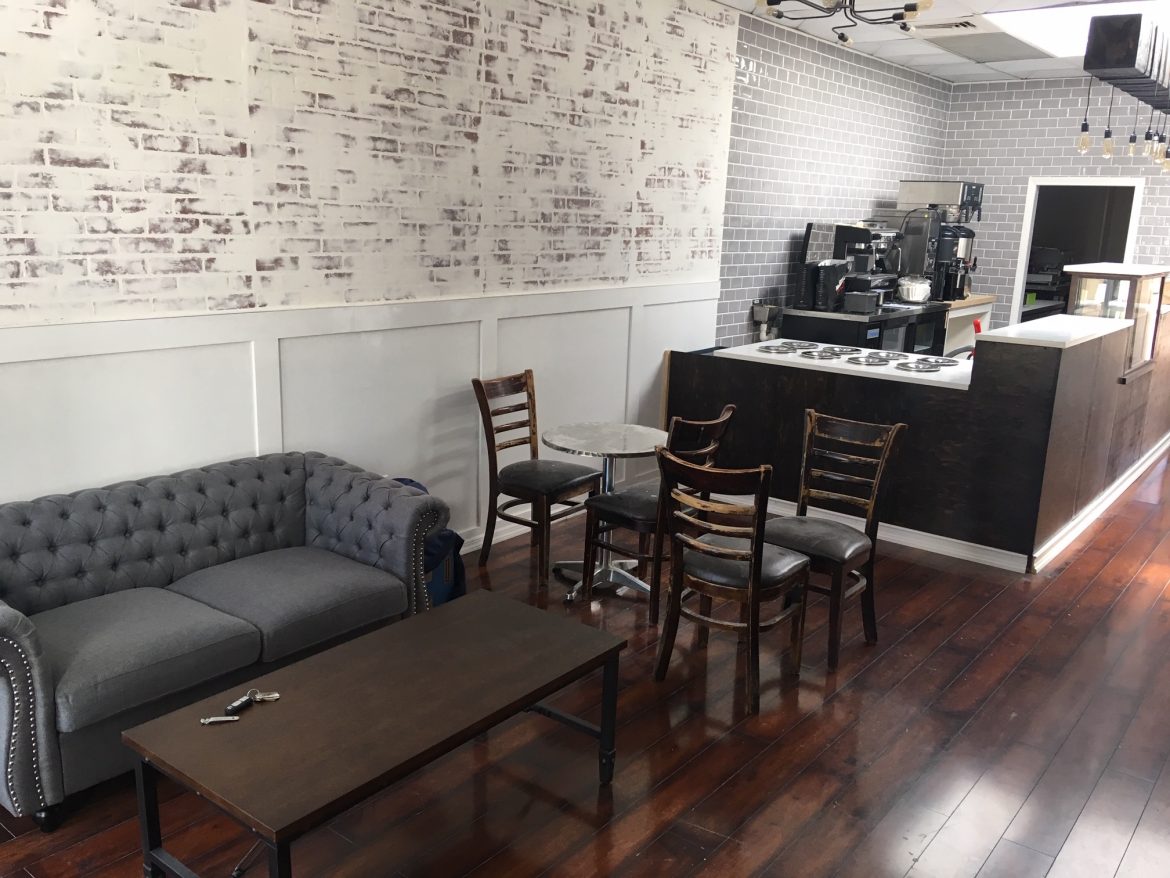 Inside Dolce, the Italian-style cafe on Elm Street, prior to its July 2019 opening. Credit: Michael Dinan

The long-anticipated Italian-style café, Dolce, is set to open in the heart of downtown New Canaan this week, just in time for the weekend’s highly anticipated Sidewalk Sale. 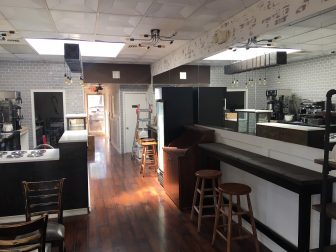 Inside Dolce, the Italian-style cafe on Elm Street, prior to its July 2019 opening. Credit: Michael Dinan

Owner-operator Andrea Lombardi said he worked in and managed restaurants around Fairfield County for 14 years before finally deciding at the beginning of the year that it was time to open his own establishment.

He set out to find a space in February, looking at several properties before settling on 98 Elm St., the site formerly occupied by New Canaan Olive Oil. With mere days left before opening, Lombardi said he’s “very excited” to be up and running.

“I’ve worked so hard,” he said. “I’ve been saving forever and this is my dream coming true.”

An Italy native who moved to the United States as a teenager, Lombardi said he has always been interested in hospitality. With uncles in the restaurant and hotel businesses back in Italy, he said that he was able to try his hand at all aspects of the business before settling on food.

Dolce, which is an independent café with no association with others in the area bearing the same name, will serve a variety of foods and beverages, with comprehensive breakfast, lunch and dessert menus planned, as well as coffees and milkshakes, Lombardi said. The ‘Ischitano’, with Parma prosciutto, romaine lettuce, tomato, mozzarella and mayonnaise, is based on a sandwich Lombardi grew up eating in his native Ischia, an island on the Amalfi Coast. The Quinoa Ceviche, which includes quinoa, tomato, corn, Italian tuna, cilantro and a lime dressing, is a new twist on a classic.

Lombardi said he also plans to serve house-made cakes, available whole or by the slice, an item added to the menu after he discovered a gap in the New Canaan market.

The menu will also include gelato and crepes—both of which Lombardi plans to sell at Saturday’s Sidewalk Sale—and house-made hazelnut chocolate.

Dolce has been a labour of love for Lombardi, who has undertaken the entire project and fit out by himself, with occasional assistance from his two brothers. The space includes several small tables with chairs, a couch and low table, and two tall benches that Lombardi built from scratch.

Asked by NewCanaanite.com why he chose to open Dolce in New Canaan, Lombardi said he had always really liked the community and its “small town” feel, as opposed to larger centers like Stamford.

“There’s so much going on [in Stamford], so many restaurants, so many places—there’s no room for me,” Lombardi said. “Here it’s a little bit different.”

As the final preparations got underway, Lombardi looked nervous but ready for the big day.

“I can’t wait,” he said, rubbing his hands together in anticipation. “[It has been] so much work and I can’t wait to start to see all the plates coming together, see all the creations, the people, everyone enjoying it.”

Dolce will be open 7 a.m. to 7 p.m. Monday through Saturday and 7 a.m. to 2 p.m. Sunday. Dolce can be found here on Facebook and here on Instagram.